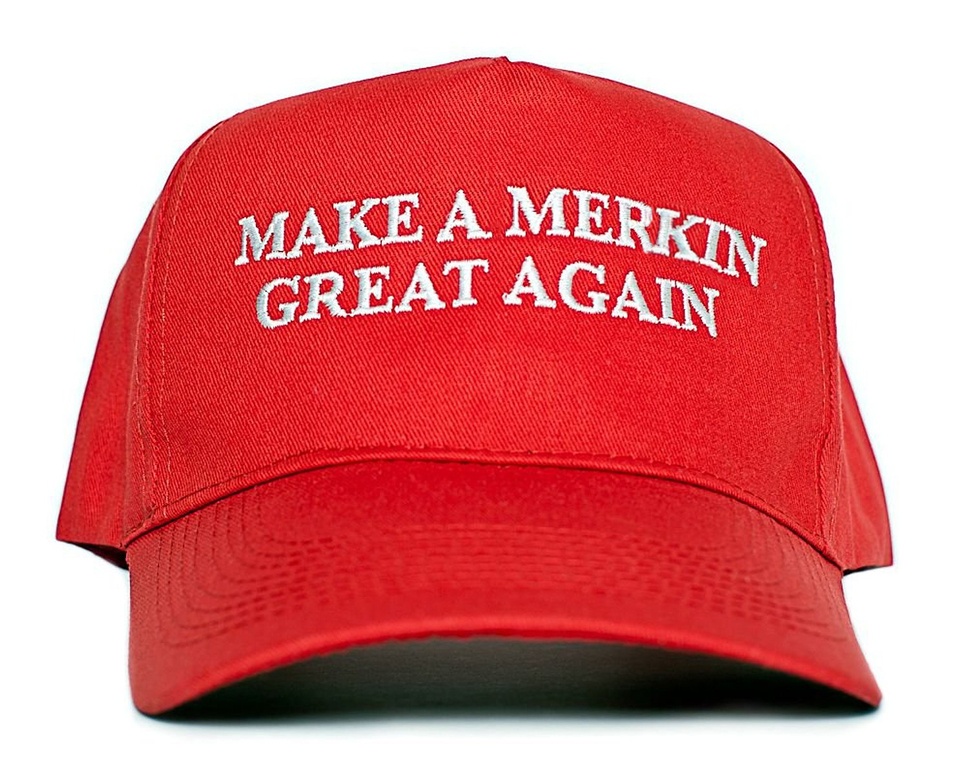 Before I get into this, let me say: I am not a reporter. I don’t have reporter skills; I don’t have journalism training; I just think this is an important story, which should be getting more attention than it appears to be getting.

At least, outside of Orange County. And since I’m not in Orange County, I don’t exactly know what kind of attention it’s getting there, other than what I will mention in this post.

Today, in some Orange County Courtroom, Judge Patrick Donahue heard a motion to either dismiss a certain criminal case – the exact case doesn’t matter here – or to recuse the entire Orange County District Attorney’s Office based upon witness intimidation. The motion was filed in the case wherein defense attorney James Crawford was advising a witness when he was savagely beaten by the prosecution’s investigator.

Although I’ve been following this case as best I can from Fresno, Fresno is at least four hours (driving fast), and a whole world away from Orange County.

For starters, while I watched as comments were being posted – via so-called “live blogging” by attorney Brian Gurwitz – of the hearing in progress, I was immediately thrown by news that someone had asked the DA’s Law and Motions guy, “Who are you wearing?”

Aside from missing the legal significance of the remark, I just flat out did not understand it. Later, I learned that it’s a “red carpet question,” like they ask movie stars at premieres, or award ceremonies. So the response might be something like “Dior,” or “Calvin Klein,” I suppose.

I mean, what do I know? I’m a hick from Fresno. A yokel. When one of the OC defenders declined the “Clean Cut Award” for the day on the grounds that he threw on “a dirty merkin” this morning, which he admitted was “quite disheveled,” I had to google “merkin.” (Word to the wise: DO NOT GOOGLE “MERKIN.”) 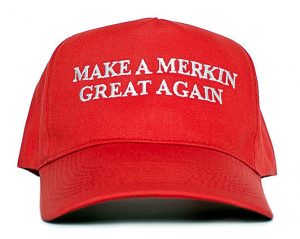 You googled “merkin,” didn’t you? I warned you.

As you can see, people in and around Orange County are very concerned about attire.

Aside from that, I initially did not learn much more about the recusal motion, except that it was denied. But then, I don’t know a serious criminal defense lawyer who expected it to be granted, anyway. I mean, come on. This is California. We gave birth to Three Strikes. (In fact, if you want to get specific about it, Fresno – my home county – gave birth to Three Strikes. Merkins aside – wait! don’t take that literally! keep the damn merkins in place! and for the sake of all that is holy, please don’t let me see one! – Orange County isn’t that much better.)

In fairness, the prosecution may have had the better argument, judging from what I’ve learned out of Orange County since starting this post. As noted in their opposition brief, it is more-or-less necessary to show two things:

Threatening to remove one’s merkin might shock the conscience – actually wearing a dirty one to court probably does, as well. But that was a defense attorney, anyway. A prosecutor’s investigator beating the crap out of a defense attorney in front of witnesses in the case might also shock the conscience. (Although in actuality it appears only to have bothered a few criminal defense lawyers, while everyone else is either indifferent, or applauds the act.)

But so far it doesn’t appear to have precluded the defendant’s ability to obtain a fair trial to any greater degree than for any other defendants in Orange County.

After more than twenty years of prosecuting cases through lies, private snitch programs, and other clearly lawless acts, the Orange County prosecutor’s office has shown an inability to understand not just the concept of the rule of law, but any individual tendencies to behave in a lawful manner.

But is this really a surprise? I mean, all one needs to do is look at the Orange County website page that talks about the head District Attorney, Tony Rackauckas. The man has no shame.

From his webpage, you learn two important things which explain why his office has fought so hard to undermine any chance of anyone receiving a fair trial.

One of the comments coming out of Orange County is that the District Attorney’s Office acts as if defense attorneys – and sometimes even judges – are “the enemy.” It’s not that criminal defense attorneys, and the occasional judge, ever merely hold opposing opinions to that of the District Attorney on any particular case, or any particular point of law, but that these opponents are Bad People™.

And then you look at the aforementioned webpage regarding Tony Rackauckas:

In 1982, Tony took an unpaid leave of absence from the OCDA to lead a statewide campaign to remove three rogue California Supreme Court Justices in order to uphold the death penalty, enforce the law as written, and restore integrity to the state judiciary.

That’s right. He took a leave to fight not just to remove Supreme Court Justices with whose philosophy he disagreed. They were rogues. They did not enforce the laws as written. They had no integrity.

Unlike Tony who has been the Orange County District Attorney for about 18 years now.

Which brings us to the second thing you learn: it is Tony Rackauckas who has been in charge during the development, implementation, and defense of the OCSP, or Orange County Snitch Program.

A report from a special panel of “experts” – for those who don’t know, “expert” is legal shorthand for “a former spurt” – which one might expect to be friendly towards Tony, stated:

A “failure of leadership” at the Orange County district attorney’s office led to repeated problems with the handling of jailhouse informants and helped erode confidence in criminal cases that rely on their testimony, according to a report made public Monday.

But I submit to you that Tony’s webpage demonstrates that it wasn’t a failure of leadership. On the contrary, based on his attitude regarding those who oppose his point of view, I’d say that the leadership of Tony Rackauckas very much contributed to the development of the OCSP.

As Radley Balko put it in July of last year,

This isn’t a case of a few bad actors. This is systematic corruption involving dozens of police officers and prosecutors that went on for well over two decades. At a minimum, there should be mass firings of cops and disbarments of prosecutors, past and present. A system that still retained some integrity would also have the worst offenders in handcuffs.

Yet not only has that not happened, but now we have District Attorney investigators beating the shit out of defense attorneys in the courthouse, in front of witnesses who – no doubt – got the message about what happens to those who piss off the prosecution. Loud and clear.

(For their part, the District Attorney’s office – and specifically the DA’s opposition to recusal papers, and those arguing the recusal motion today – flatly state that James Crawford started the fight. There’s some interesting stuff surrounding that, which maybe I’ll get to another day. For now, let’s stick with the recusal issues.)

Therein lies the prejudice to the defendant in the case for which recusal was today argued. The judge commented on witnesses stating that the District Attorneys – despite their denial of this fact – have told the witnesses not to talk to anyone except law enforcement, and the judge apparently noted that the witness had previously stated that she was “fearful of DA personnel.”

My first thought, on hearing that the recusal motion was denied despite this was that the judge himself is a former Orange County prosecutor. After all, most are. And, sure enough, I confirmed this. Unsurprisingly, word on the street is that such judges are generally of the attitude: “We are having none of this tomfoolery of accusing DAs of misconduct in my courtroom.”

However, Eric H. Schweitzer, a Fresno-based attorney who is something of an expert on recusal motions, and attended the hearing in Orange County, texted in response to my query that,

While the defense presentation was well prepared and argued, it foundered on the absence of sufficient cause-and-effect fabric, like many such motions do.

And in a telephone interview, he noted that contrary to the idea that the judge was opposed to the “tomfoolery of accusing DAs of misconduct in [the] courtroom,” the judge was more concerned with the question of whether, or not, the defendant would be able to get a fair trial. The defense’s lack of actual evidence, as opposed to speculation and – quite frankly – magical thinking with respect to the motion [1]At one point, according to Eric, the defense indicated that if Dillon Alley were called to testify, he might admit that he beat up Crawford. He might even admit it was to intimidate witnesses. That’s what I call magical thinking. caused the judge to believe there was no connection between the incident involving James Crawford, and Dillon Alley, and the defendant’s case.

This is almost certainly true, in the most important sense. As Eric pointed out in the telephone interview, there’s nothing to stop the defense from questioning the witnesses regarding prior statements they willingly made, and the fact that after witnessing the incident between Crawford, and Alley, they clammed up. Nothing prevents them from questioning the witness the judge mentioned, who said she was “fearful of DA personnel.”

And, yet, that just brings us back to this: the defendant in the case argued today is probably no more prejudiced in being able to get a fair trial than any other defendants in Orange County.

In the end, what we have in Orange County is a big, hairy mess.

And since it does involve a cover-up, I guess you could say that the Orange County District Attorney is just one giant stinky merkin.

Frankly, that thing shouldn’t be touching anything that purports to include due process of law.