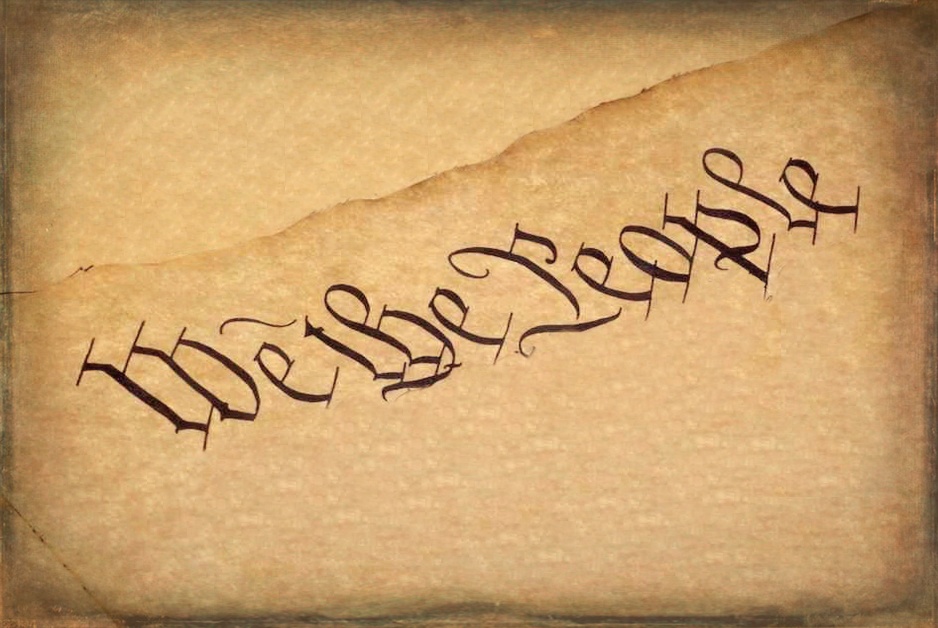 A Blank Paper By Construction

Scott Greenfield writes today about a new United States Supreme Court decision – better characterized as a non-decision – in which the court had finally been handed a case they supposedly had been waiting for, for quite some time. It was an opportunity to clarify, to fix, an error of the system that they had perpetuated too long, and on too many occasions, in the past. As Scott put it:

It’s one of those reprehensible things the Supreme Court does, allowing bad things to happen to people for years until the right case comes before them, where they then tweak the law to correct what they could have done years earlier, saving thousands, maybe hundreds of thousands, of people from prison for being caught in the middle of their half-a-decision approach.

For its part, the court allegedly recognizes the problem, and  continues to stall until brought “the right case,” whatever that might mean, when they could allegedly fix things. The question is whether a person can be punished for behavior that a jury had found them not guilty of having engaged in. Because, the truth is, judges generally do not give a crap what juries say, and some judges have been punishing people for charges even after juries have acquitted them. Our system has, for the most part, prevented judges from completely dispensing with juries – but only for the most part. There are myriad procedures judges use to ensure that what they, the judges, believe should happen happens, irrespective of any system of law that might work to thwart them. Too many judges are unafraid to use those questionably ethical – and definitely immoral – procedures.

But the Supreme Court has always at least pretended that this was not so. The judges of our land just need laws clarified, so they will know how to act.

And now, finally, in Jones v. United States, here was their chance. From “Justice” Scalia:

This has gone on long enough. The present petition presents the nonhypothetical case the Court claimed to have been waiting for. And it is a particularly appealing case, because not only did no jury convict these defendants of the offense the sentencing judge thought them guilty of, but a jury acquitted them of that offense.

That was from his dissent from the court’s refusal to hear the above-mentioned case.

We like to think that our system is a system of laws, based upon the supreme law of the Constitution of the United States. That system was built to ensure that a number of principles we allegedly hold dear are followed. Among these principles are that the people of our land are free people. That the free people are sovereign — in other words, that each of us is part of the ruling class of this great nation. When it comes to the government wishing to impinge upon our freedom, we believe that this is something that must be handled with great care. There is a presumption that the government may not impinge the freedom of the rulers of this land: us.

Each ruler — each of us — when the government alleges we have done something that justifies its use of power against us, is for that reason presumed innocent. We are the rulers. The government exists to serve us. And when the government makes a claim that there is a reason to strip us of our freedom, it is required to scale the high walls of constitutionally-backed law to do so.

This is hard work. It takes time. It takes resources. It is sometimes messy as the courts are forced to deal with sorting through facts, the alleged presumption of innocence, and the sometimes complex laws that have evolved as our nation grew into the behemoth that it is today. The behemoth that has forgotten its place as the servant of the people, and the protector of justice, domestic tranquility, the common defense, the general welfare, and the security of the blessings of Liberty for all of us, and everyone who comes after us.

And most judges – and a surprising number of others of us – hate it.

So it is that through the years, particularly in the last century, judges have worked in conjunction with others of the authoritarian branch of government – the police forces that sprang into existence in the mid-1800s (1844, to be exact) to fill the void left when the United States Constitution abolished tyranny – to whittle away at constitutional strictures.

Today, we talk about the Constitution quite a bit. We sometimes allege it as the reason why we do certain things. Once in awhile, we might even believe that what we are saying is true.

But anyone with even a half of a brain cell still functioning knows that this is nothing more than a lie. The United States Constitution is dead.

This is especially clear when you look to the Fourth Amendment. No one cares anymore if police searches are warrantless. No one cares if police stop people indiscriminately, detaining them for whatever reason — or no reason at all. No one cares if police kill people. An headline in the satirical Onion recently read, “Police Pleasantly Surprised To Learn Man They Shot Was Armed.” What does it say about our “modern police force”?

The Fifth Amendment? From NPR:

“You have the right to remain silent.”

Any devotee of TV crime dramas or police procedural shows hears the phrase regularly. But new court decisions in recent years have chipped away at that principle.

Then in the Tom case written about by NPR, the California Supreme Court took that even farther, holding that because Richard Tom did not ask about the victims of an accident, the prosecutor could use that to argue to a jury that he was guilty. By remaining silent – a right “guaranteed” by the Fifth Amendment – he was deemed to have provided the prosecution with evidence of his guilt.

The Sixth Amendment? Don’t get me started. In most places, the idea that you have the right to counsel has become a complete joke. In Michigan, and Texas, to name just two states, if your attorney sleeps during your trial, you were still properly represented. [1]And, of course, if the jury falls asleep, that’s even better! In too many other places, appointed attorneys tell their clients that they are going to plead guilty, and what their sentence will be, without ever even discussing anything else about their case with them.

I’ve seen it with my own eyes.

The First Amendment, long thought to be the most protected, and safest from this “chipping away,” has come under serious attack in recent years, particularly where the police try to stop journalists from being able to report on the police doing what police do: ignoring civility, constitutional rights, and any semblance that they are other than an occupying force.

It would be easy to blame the police for all that has gone wrong with our system. Indeed, much blame properly falls on their shoulders. But the truth of the matter is that they do not – yet – run the system. Granted, they’re making great efforts to do so.

But, ultimately, the failure of the rule of law in the United States of America is due to the lack of integrity amongst judges. Police officers are not lawyers. This is why people are sometimes arrested for a certain set of crimes, but when they get to court, the Complaint actually contains a different set of crimes. Police officers have enough understanding of the law to sometimes know what laws have been broken. But, not being lawyers, they aren’t always right; the crimes they allege can’t always be proven.

It’s not really a surprise, then, that police officers don’t always know what they’re legally allowed to do under the Constitution. And they have an incentive – trying to get the people they think are the bad guys – to not always follow any rules that will stop them from doing what they want to do.

Judges with integrity would, when confronted with a constitutional violation, say, “Wow. I really hate to say this, but law enforcement went beyond the boundaries of their legal authority here. I’m going to have to suppress the illegally-obtained evidence.”

That’s a hard thing to do, but that’s what integrity requires. It’s the very reason we have judges in the first place, rather than just letting the police (and prosecutors) run the whole show.

The Constitution suffers when we take a bunch of prosecutors, dress them up in black robes, and they then let the police do whatever police will do. That’s what we call “unchecked authority.” As Thomas Jefferson, writing to William Nicholas on another issue, said:

When an instrument admits two constructions, the one safe, the other dangerous, the one precise, the other indefinite, I prefer that which is safe and precise. I had rather ask an enlargement of power from the nation, where it is found necessary, than to assume it by a construction which would make our powers boundless. Our peculiar security is in the possession of a written Constitution. Let us not make it a blank paper by construction.

Unfortunately, the interpretation of the Constitution sometimes admits numerous constructions, particularly if one’s agenda is warped when doing the interpreting. It takes integrity – in this case, a willingness to make the hard choices when someone violates the “safe and precise” interpretation that upholds constitutional rights, by actually sanctioning the police when they violate them – to protect our peculiar security, and ensure that we all remain free sovereigns of the Republic.

Our judges, however, have chosen to make the Constitution a blank paper by construction.