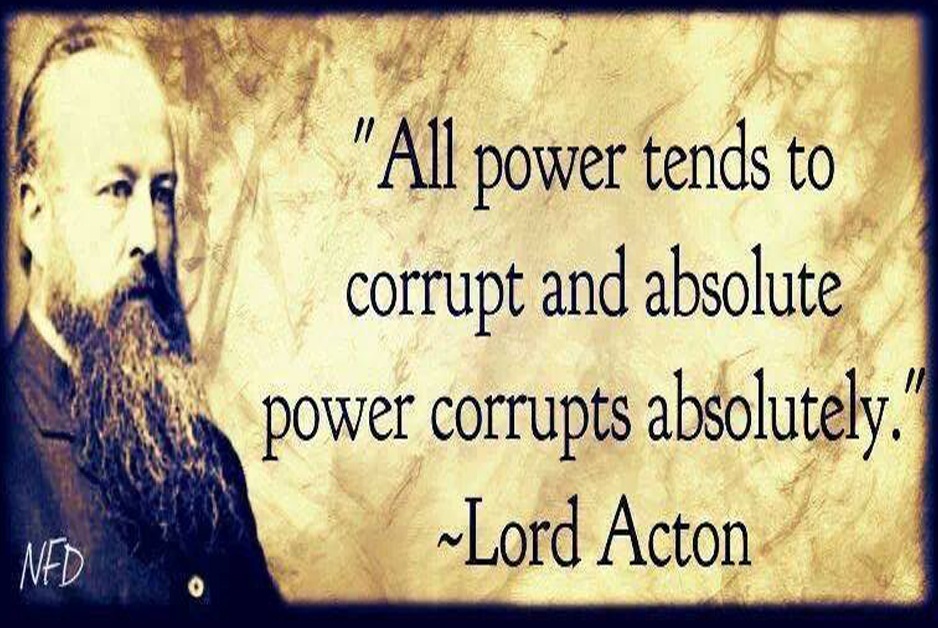 A Culture of Control

Some months ago, as part of my morning reading ritual, I ran across “The Ghost Rapes of Bolivia.”

The Bolivian story begins with a perhaps requisite, under the circumstances, nod to evil:

For a while, the residents of Manitoba Colony thought demons were raping the town’s women. There was no other explanation.

Around that same time, over at Simple Justice, a Scott Greenfield article posed the question: “why do car chases have to end in a barrage of bullets?” And then took a different tack from the Bolivians:

[S]pare me the comments about how all cops are evil and murderous. It’s just not helpful.

Despite these differences, the answer to the question posed in the latter story is found in the former.

By now, at least a few of you may have jumped to the erroneous conclusion that I’m going to take issue with Scott to argue that cops are evil, but that’s not the case. For one thing, I don’t actually believe in “evil.” Like Scott, I find that concept unhelpful.

Although I cannot claim to have carefully read Hannah Arendt, and I know that there are some who criticize her work, I agree with her assessment that Eichmann’s participation in the Holocaust was “banal” in the sense that it did not emanate from anything like a malevolent will to do evil, rather:

He operated unthinkingly, following orders, efficiently carrying them out, with no consideration of their effects upon those he targeted. The human dimension of these activities were not entertained, so the extermination of the Jews became indistinguishable from any other bureaucratically assigned and discharged responsibility for Eichmann and his cohorts.

I think this explains a couple of problems with the whole “most cops are good” argument that is frequently thrown up at people like myself, when we try to point out just how seriously bad things have gotten.

But we need, somehow, to get away from thinking in terms of “evil,” and “good,” and “bad,” when it comes to talking about cops. We need to focus, instead, on the unconstitutional efforts at total control that cops these days seem so bent on effectuating.

You see, by definition there is nothing that can be done about evil, but it is possible to address the problem of the culture of (Edit 3/21/2017: Link broken/removed.) control that leads cops to believe they can do whatever they want, whenever they want, often with impunity.

Police frequently violate the rights of “civilians.” They then often [Update 2/2016: Link broken] lie about it to try to convince gullible — and sometimes deliberately complicit — courts and public that it never happened. So certain are they of their power, they’ll even lie when they know there is videotape! (Maybe because they know they can usually make it disappear?)

These incidents are too routine — too easily found on the Internet, and in your own communities — for us to ignore them. That very routine nature, however, is one of the things that shows this is not the product of “evil.” I know quite a few police officers who are capable of these types of things — particularly lying on police reports and in court — who are not actually bad guys.

They just believe that doing what you and I would consider “bad” things is not that at all. They believe what they are doing serves some greater good, and is necessary. They believe the ends justify the means.

And, in some cases, their department heads require that they do things that we “civilians” would consider unethical and unjust.

In that sense, most cops — even the ones we sometimes call “bad cops” — are just following orders. It’s just part of the job.

As a society, we’ve forgotten the horrors that can come from that.

The answer to the question of how it is that car chases have to end in a barrage of bullets is that there has been a cultural change in law enforcement, and a cultural forgetting in the rest of us, quite similar to that of the Old Colony in “The Ghost Rapes of Bolivia.”

This isn’t a great analogy. That, in fact, is why I’ve been sitting on this blog post, three-quarters finished, for the last few months. For some reason, when I read Scott’s post at the time, it invoked the memory of the Ghost Rapes story. It made me think about control, and evil. Other than that, it’s pretty much a strained connection.

But I think part of what made the invocation “work” (to the extent that it might be said to have worked) in my mind was this: In the Old Colony, the drive not to conform — not to give in to the modernization that other Christian groups, including other Mennonite groups, succumbed to — caused Old Colony leaders to take control of the biblical teachings that ostensibly underpin Old Colony culture. As ironic as it sounds, they actually excommunicated members who delved too deeply into a study of the Bible, in order to maintain control over the population. This set them up for horrific abuses, allowing the rapists to continue raping for quite a long time. They could have been stopped sooner but for the refusal of those who would not hear to give up control of the investigation.

Even after the rapes became undeniable, and the source of at least some of the rapes was found, the community leaders don’t want anyone talking about it.

“We’d rather forget than have it be at the forefront of our minds.” Aside from interactions with the occasional visiting journalist, no one talks about it anymore.

And so the rapes continue.

The connection I saw, I guess, is that when it comes to cops, we as a society – despite any protestations “Justice” Scalia might make to the contrary – have refused modernization. We still think in terms of good versus evil: in this case, good cops versus bad cops. And when we encounter cops who do evil – cops who beat people, shoot unarmed people, kill people, suffocate people, rape people, plant evidence to convict innocent people – we’d rather forget than have that be at the forefront of our minds.

Most of us, having written off those who openly protest such crimes long ago, are irritated that they won’t just go away.

The protesters, that is; not the abusive, law-breaking, constitution-shredding, people killing-beating-suffocating-shooting-raping cops.

We don’t want the latter shit to always be at the forefront of our minds.

We penalize certain people – let’s call them zealous advocates, many of whom are lawyers – who delve too deeply into a study of the Constitution. In some cases – Merced County comes quickly to mind – it’s not even just the Constitution they abhor, but the law generally, including statutes, and case law. After all, Merced has serious gang problems. The Constitution, and the laws, are to them mere impediments to handling the situation. They are the extreme version of the way most people view such things: technicalities that allow horrible criminals to go free.

But, in talking about Merced, I digress.

Because the point here is the banality of evil when it comes to cops. It’s banal because it’s not evil. It’s just ordinary, run-of-the-mill, power-driven, control freakishness.

If we paid attention to our laws, instead of thinking them technicalities that get in the way of controlling criminals, we’d remember that absolute power corrupts absolutely. We’d remember that our laws have developed over centuries to protect the innocent. We wouldn’t be afraid of modernization: we’d learn the science behind how it is true that absolute power corrupts absolutely, why this is true, and the best ways to deal with it (i.e., to prevent it happening). We might gain a new appreciation for the old ways.

But to do that, for starters, we have to break the culture of control. As long as we allow law-enforcement-minded people to decide whether law enforcement needs to tone it down for the benefit of society, the less likely anything other than ratcheting the control up is going to happen.

The fox shouldn’t guard the henhouse. The wolf shouldn’t herd the sheep. And those corrupted by the absolute unchecked power we’ve ceded to them should not be left to decide whether reform is needed.