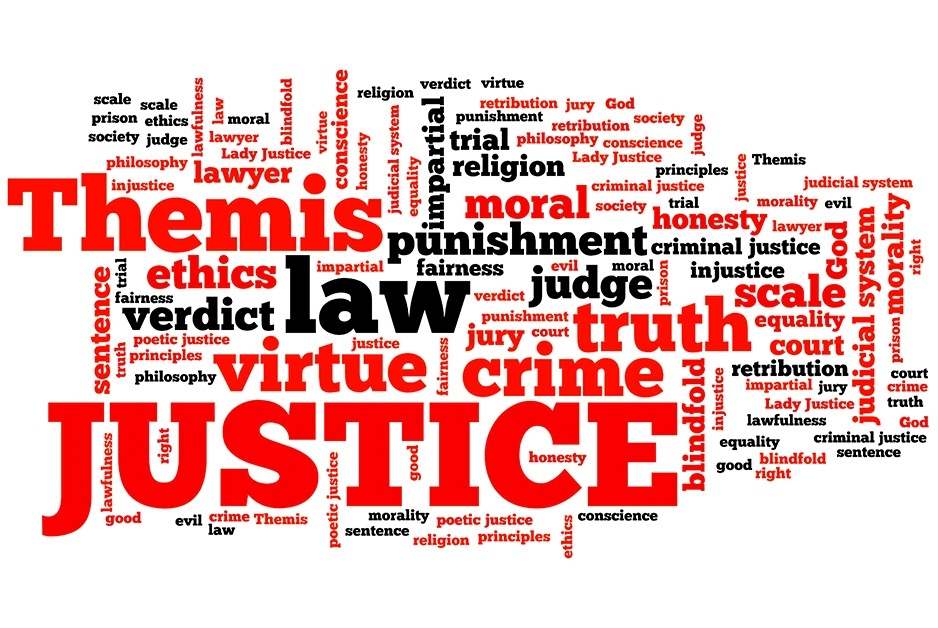 Someone—it may have been Scott Greenfield—suggested the other day that we imagine that Congress did away with all the laws on the books— all those words —and replaced them with one law to rule them all: [1]Scott actually titled his post “One Law to Do It All,” but I think “One Law to Rule Them All” has a nicer “ring” to it. And more clearly captures the purpose of the problem.

It shall be a crime to engage in wrongful conduct, as determined by the facts and circumstances.

This can’t really be done, of course, as that would make things all-too-obvious for most of us; we would instantly recognize the joke, asking, “Who makes that determination?” And the Law, as practiced in the United States, at least, is really all about pretense. In a hideously obscene twist of litotes, we make a bow to this reality: American Law is shot through with “legal fictions” that make it appear as if things aren’t quite as arbitrary as all this. Except, legal fictions are “fictions” only in the sense that anyone with sense would think they couldn’t possibly truly be Law.

And yet, they are. Legal realities.

So we need all those vague statutes Scott jokingly suggests getting rid of in order to paper over the pretense, and the pretentiousness, of Law in the United States. All those words make for beautifully-written, if hopelessly contradictory, Opinions.

Okay, maybe not always beautifully written, but Opinions, anyway, which appear to be—due to the existence of hundreds of thousands of statutes, and cases, with millions of words of varying degrees of wishy-washiness—grounded in Law, chock-full of “arguments” dressed up to look like ineluctable logic flowing therefrom.

If anyone were to follow Scott’s advice, disaster would surely follow. For one thing, without all those statutory words pre-existing, and court-sanctioned words sanctifying, the rulings of the various courts might be expected to make sense. What would happen to the idea of precedent, which allows American courts to wander down the primrose path of  ridiculosity, until, having stepped firmly (!) onto the slippery slope prepared by precedent, off we go!

Without all those words, we could never get from the Fourth Amendment to Leon‘s malapropism of “good faith.”

You might be surprised that I call Leon‘s “good faith” a malapropism. After all, a “malapropism” is:

an amusing error that occurs when a person mistakenly uses a word that sounds like another word but that has a very different meaning.

So I call Leon‘s holding that because the words “good faith” sound just like the two words we might use when someone isn’t being devious in their divination of the smell of marijuana to justify a search (with, or without, a warrant), for example, where there is no marijuana to be found, but something else just as wonderfully illegal is located instead. Or where a bunch of vague-as-to-time hearsay revelations from possibly-even-real [2]But too-often not real, a fact hidden from everyone by even more statutes, and Opinions, endorsing the label “Confidential,” as in “Confidential Reliable Informant.” informants, who nevertheless lack first-hand knowledge about the fact, hint that the informants “believe” murder weapons will be located in such-and-such a house. Although no such murder weapons are found, some other weapons that justify new charges are found, albeit not even remotely on the basis originally posited.

And the evidence in these cases comes in because despite a pre-existing series of cases that say no reasonably well-trained police officer could reasonably believe that the basis for the search warrant he authored actually supported probable cause. Because we can’t expect police officers to keep up with all those words. And so, just as was done in the pre-existing series which deemed the searches unconstitutional, “good faith” applies in the latest case.

So, while it may not be amusing, except in a sardonic way, and Leon‘s “good faith” may represent faith—faith that the police will do the right thing, as we’d most clearly need with Scott’s implied suggestion that we leave things in the hands of the Determiners—there is nothing actually “good” there. Thus, “good faith” becomes a malapropism. Sans the “amusing” part, as noted.

And this “good faith” can extend forever into the future, regardless of past laws—statutory, or case-based—because there are so many words. No amount of prior cases somewhat clearly explaining that the Law doesn’t allow searches like the searches being challenged in subsequent cases can halt “good faith.”

We couldn’t do that, if we got rid of all those words. We couldn’t pretend that we had a real legal-law-reasoned-sounding basis for such rulings as contemporary judges mete out.

We need all those words, all that law, because so long as there’s just too much there for anyone to really keep track of those words, judges can say of police officers,

Well, they tried. They really did. But we can’t really expect the police to keep up with the law. Good faith, dontchaknow.

Or, as the judge in one recent case I argued put it,

[T]here is no information connecting [my client’s house], to illegal weapons, illegal magazines or that [the nickname the informant used] is believed to be [my client].

The court and counsel have the benefit of being able to analyze, reanalyze, dissect, and re-dissect the information in the affidavit. We have extensive research available to us. It is unreasonable to hold a detective to these standards.

I’m not making this up. There is no information showing anything whatsoever to support probable cause: no illegality, no connections, nothing. On that point, the judge agreed with me. There actually was nothing to “analyze, reanalyze, dissect, and re-dissect.” And we lawyers (judges are lawyers, too, believe it or not) can look at the affidavit and see that—even if at least one of us has to pretend we don’t see it clearly.

But it is unreasonable to expect the detective who wrote the affidavit to see that, because recognizing the absence of information, and knowing that the Law requires actual information to support probable cause is just too difficult for detectives.

Meanwhile, anyone accused of a crime they had no way of knowing they were committing while not performing police-like, law-sanctioned duties is told “ignorance of the law is no excuse.”

William Zinsser says in On Writing Well, 30th Anniversary Edition: An Informal Guide to Writing Nonfiction: [3]Sorry I can’t give a point cite. These days I do most of my reading on a Kindle. It’s somewhere in Chapter 3.

[E]very profession has its growing arsenal of jargon to throw dust in the eyes of the populace.

Law is no exception.

Scott points out the reason it has to be this way:

The problem arises for many reasons. Writing clear constitutional laws is hard. It’s often difficult to find the right words to express with precision the harm to be ameliorated without encompassing conduct that the law wasn’t meant to criminalize. Some want to stop a harm so badly that they don’t care how many innocents could also be swept into the net or what rights get trampled in the process.

Hidden away in that paragraph are the two reasons the American legal system is a sham.

The first is that “[w]riting clear constitutional laws is hard.” It is for that reason that, back in the day, so many legislators were lawyers. People who actually went to law schools.

I’m not talking about law schools like they have today—the trade schools that have popped up in every small town throughout the United States to collect the money from government-backed loans impoverishing tens of thousands of wannabes who might go on to work as glorified paralegals, if they’re lucky—I’m talking about law schools where people really learned about how Law-with-a-capital-L worked.

Ironic sidenote: The author of The Paper Chase, John Jay Osborn, Jr., was ahead of his times. The story is about an entitled little prick, who engages in a delusional rivalry with his law school professor, the source of the lovely quote above. Osborn later is alleged to have said that law students hate law school.

[T]hey hate it because the law professors don’t care about what the students think. “You come in here with a skull full of mush, and you leave thinking like a lawyer,” said Osborn’s sadistically Socratic professor, Charles W. Kingsfield Jr. This legal discipline deprives students of “their own narrative,” as Osborn put it, and they need to learn how to struggle, as Osborn’s protagonist Hart did, to “reclaim” it. They need to resist what law school tries to impose, like the domineering grading system that Hart pitched off in the form of a paper airplane.

In any event, the concern at law schools today is to prepare craftsmen—excuse me, craftspeople—who will graduate with dreams of making a decent living so that they might pay off their student loans before they die.

And the entitled spoiled pricks of the world have taken over every arena, including the making of laws.

Nobody wants dedicated “law wonks” who actually understand how Law works in our legislatures any more: elections have become more of a popularity contest than ever before, with the perceived cool kids elected to ensure our feelz are properly enshrined in the increasingly voluminous and vague “laws” which accomplish what Scott suggested [4]Scott’s article notes this too, so I’m not saying something there that he didn’t already say. while allowing us to pretend that everything has been duly slathered in due process.

Which leads us to the second problem: these pricks who come in with their alleged acumen and definite agendas as business people, who are “tough on crime” and want to “make America safe again”—first convincing you that it actually is not safe, despite historical statistics showing otherwise. Even if you accept that they really have some acumen as business people, and you ignore their self-enriching agendas, they aren’t lawyers. And in furtherance of their being elected, they’re appealing directly to feelz.

Ultimately, this is the reason not only for why we have bad laws. It also explains why we always have more laws. Whenever some new uproar occurs, and a law is proposed “to deal with it,” lawyers like myself, and Scott, and hundreds of others, point out in vain the laws that already exist to deal with it.

But those already-existing laws are just that: already existing. No politician is going to gain anything from that. How are they supposed to convince you that they have the best laws? That they alone are looking out for you? And that you should, therefore, continue to support, and vote for, them?

No. As it turns out, Congress could never propose anything such as Scott suggests, even though Scott is spot-on that the legal effect would be the same.

That’s why we need all those words.

Home » Criminal Defense Blog » Philosophy of Law » All Those Words