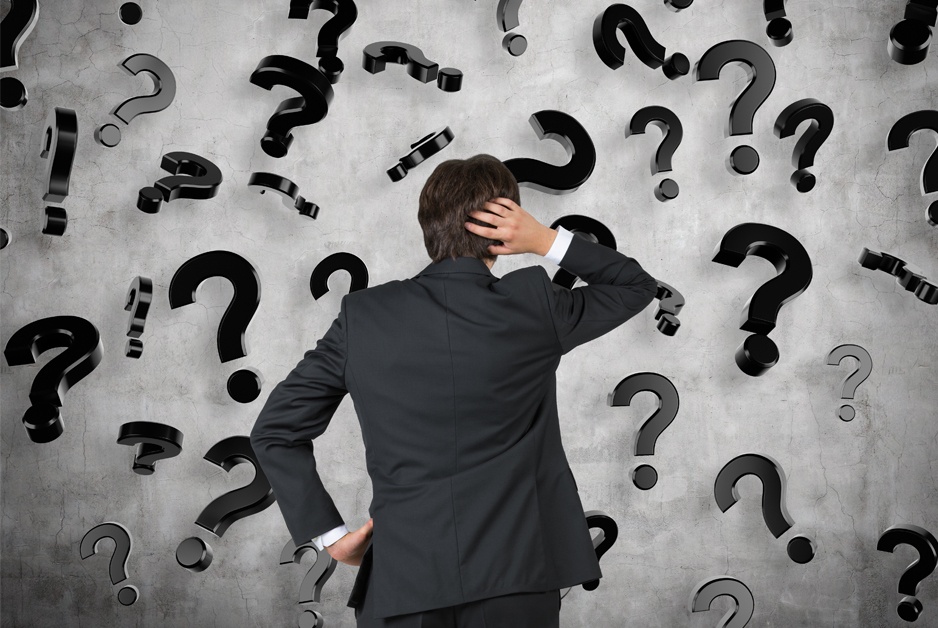 An Amorphous Mass of Ill Legality

It might seem, since so many of my posts start by referring to Scott Greenfield’s blog posts, that I’m an acolyte, or that his stuff is all I ever read. Not true. But he’s posting up to two or three posts per day, on any given day, and on the east coast (so he’s posted them usually before I get to my computer), so at least one is going to get me thinking.

Actually, I’ve been thinking about something for awhile, and trying to figure out how to communicate what I’m thinking. In pondering Scott’s post about FedEx and the feds, what happened there began to adhere to what I was already thinking, and the title of my post popped into my head.

This is usually a signal to me that I’m at least almost ready to write.

Scott’s post reports about, and comments on, a move by the federal government to force FedEx to act as an arm of federal law enforcement — or at least a finger, poking around in everyone’s business. The idea was that FedEx was shipping packages which, if you believe the feds, FedEx knew contained pharmaceuticals. As Scott noted:

It’s not that FedEx was completely unwilling to assist the feds in the feds’ job of thwarting miscreants. It’s just the FedEx isn’t willing to join the police force, and expend their own time, energy, and money investigating to determine who the criminals were.

Fitzgerald said it is unreasonable to expect FedEx to take responsibility for the legality of the contents of the 10 million packages it delivers each day.

“We are a transportation company — we are not law enforcement,” he said.

I see a little bit of irony here. The job of law enforcement is to investigate, but they don’t. Yet they think FedEx, whose job does not involve investigating, should.

As it turns out, this is no accident. As I commented on another story,

Can’t find a criminal to investigate? No problem! Just create one!

The story that provoked that comment was about an “undercover agent with the Bureau of Alcohol, Tobacco, Firearms and Explosives,” who spent three years working on an ex-criminal who had disavowed any future involvement in criminal activities — in other words, he had actually reformed — until the cop finally coerced, cajoled, and ca-jingled the formerly-ex-con into committing a crime.

Sometimes, the cops are explicit that they will not investigate certain crimes — like burglary, stealing (including stealing someone’s identity so that you can steal more things and really fuck up someone’s life), or poisoning someone(!). Fortunately, on that list of crimes is also the crime of “extortion,” since when cops say things like this, it is usually in the context of extorting money from other branches of government. Imagine what a spectacle it would be if they had to investigate themselves!

Sometimes, even if you do the investigation for them, the police still won’t do anything because they have other priorities.

You have to wonder if the real reason for that last story is that handling that crime wouldn’t bring law enforcement any additional money. Because in other areas, the police are eager to convert citizens into investigators.

The police department isn’t encouraging anyone to take crime fighting into their own hands, but simply to keep an eye out for activities that seem out of the ordinary along their route.

The police cannot easily convert the United States into a police state all on its own, so they are just reaching out to the rest of us to do our part to turn the U.S. into — as one story put it —

an invisible Panopticon where every movement is watched, tracked, and recorded by some government entity, whether local or federal or a combination of the two.

And to what end? It’s not safety. It’s not protection. It’s not even crime prevention.

In fact, it’s not even exactly right to call it a police state. It’s more of a regulatory state.

But these aspects of the regulatory state barely scratch the surface.

When I was a kid — several decades ago, thank you — we frequently stayed on the playground at the school after school had closed. (And, oh, by the way, our schools back then didn’t look like miniature prisons. They were actually fun places.) Eventually, we would wander on home. For me, that was typically a walk of what seemed like a couple miles. I think it might actually have been only a mile.

After dinner, we went outside to play. Sometimes this meant just going across the street to the Laswell’s house. Sometimes, it meant going farther. Our parents only admonition was that we be home by dark.

Debra Harrell works at McDonald’s in North Augusta, South Carolina. For most of the summer, her daughter had stayed there with her, playing on a laptop that Harrell had scrounged up the money to purchase. (McDonald’s has free WiFi.) Sadly, the Harrell home was robbed and the laptop stolen, so the girl asked her mother if she could be dropped off at the park to play instead.

Harrell said yes. She gave her daughter a cell phone. The girl went to the park—a place so popular that at any given time there are about 40 kids frolicking—two days in a row. There were swings, a “splash pad,” and shade. On her third day at the park, an adult asked the girl where her mother was. At work, the daughter replied.

The shocked adult called the cops. Authorities declared the girl “abandoned” and proceeded to arrest the mother.

It’s not an isolated incident.

A Texas woman was arrested for child endangerment because she let her children ride scooters out front of her house. She watched from her front lawn.

Yet another woman was arrested for leaving her children alone 30 feet away from where she was sitting, watching them, while interviewing for a job. Thirty feet.

If the cop had been standing next to the children, she could have spit on him from where she was sitting.

The thing is, the State — regulatory and otherwise — has become unmoored from reality. The rules, or laws, or statutes, or — shit maybe we should just rename them “vagaries” — have come unglued. And in the process, they are coming unglued from themselves.

Laws originally written for such noble enterprises as shutting down organized crime have metastasized into what is essentially a cancer on the Constitution, doing away with due process and other such protections because these “technicalities” get in the way of easy conviction. What Herbert L. Packer said of the RICO act in 1970 is true of almost every law being added to the books these days:

[T]he general public remains unaware of the dangers inherent in legislation which reduces the constitutional protection of persons accused of crime and relaxes the restraints on prosecutors, not just with respect to so-called organized crime but with respect to everyone. [2]Alterations added.

The Association of the Bar of the City of New York at the time supposedly noted:

[M]any of these changes have not been adequately thought through. The bill as presently drafted frequently hits targets which were not intended and misses those which were. . . . Even more disturbing . . . is the impatience which [the bill] shows for constitutional and procedural safeguards. [3]Alterations in the original.

Forty fucking years ago, people were noting that the then-relatively-newly-empowered “law and order” crowd was enacting laws harmful to society without so much as a thought, and here we are today arresting people for the crime of letting their kids sit 30 feet away from them.

And don’t get me started on snitches. Their use has become so ubiquitous, and the legal protections that snitches enjoy are so strong, that cops no longer need actual snitches. They just make them up.

The quote at that last link is typical:

Sheats wasn’t one of their registered informants so they couldn’t use him to get a warrant, but Smith and Junier applied for a warrant anyway by inventing an imaginary snitch. They called him a “reliable confidential informant” and told the magistrate judge that this nonexistent snitch had bought crack cocaine at the Neal Street address.

The tip turned out to be bad, and an innocent 92-year-old woman was shot dead by the officers.

The only thing worse than the reliance on unreliable made-up-and-hidden-from-you informants to obtain bogus warrants and convictions is the reliance on cops as experts in various fields. A couple months ago, I did a preliminary hearing in which the cop testified as both an expert on gangs, and an expert on drugs. Why? Because he has arrested gang members, and drug dealers, and without his (frankly bullshit) opinion, there was no way to get a holding order on my client.

One example of his bullshit opinion on drugs? Only drug dealers buy an eight-ball of meth. Ordinary users would never do that. Ever. Nope. Never. Well, okay, maybe once in a while, but it’s so rare that you have a better chance of being kidnapped by terrorists who suddenly become remorseful and release you with a $1,000,000 check for your trouble.

Okay, he didn’t say that last part. Because he basically refused to admit there was any chance a non-drug-dealer would buy an eight-ball.

On the other hand, I’ve known – and so has my actual expert who provides counseling and care to people addicted to drugs – numerous individuals who have bought eight-balls. Something about it makes it easier to buy the eight-ball, rather than just the amount you need for one hit every time you need a hit, so that you can avoid exposing yourself to arrest as often. Also, some people just use a lot of meth; for many of them, an eight-ball won’t last more than a few days to a week at best.

But, hey, the cop has arrested a few dozen people in his career for dealing drugs.

He’s willing to testify as an expert on physics, also, because on the job he has occasionally had to run after people, jump, and tackle them. He sometimes swings a baton at their faces, which makes him an expert on skull fractures. And he’s an expert on ballistics, because he fires a gun.

What I’m trying to say with this post which might seem to some to be a rambling rant is this: the system is corrupt, screwed up, and unreliable when it comes to getting the bad guys, leaving the good guys alone, and deserving the right to be called a justice system. From top to bottom, from left to right, from one corner to the other, and all the way around.

It is shot through with problems because we no longer endorse the rule of law upon which our original system was built. There was a reason for the Constitution, and it wasn’t just to let criminals commit crimes and go free.

It was to protect you, and me, from what would otherwise be an amorphous mass of ill “legality.”

Remember: almost every totalitarian government you can think of did, or does, what it did, or does, totally within the confines of its own set of laws.

It’s just that those sets of laws, like ours, allowed the authorities to do whatever they wanted, and call it “due process.”