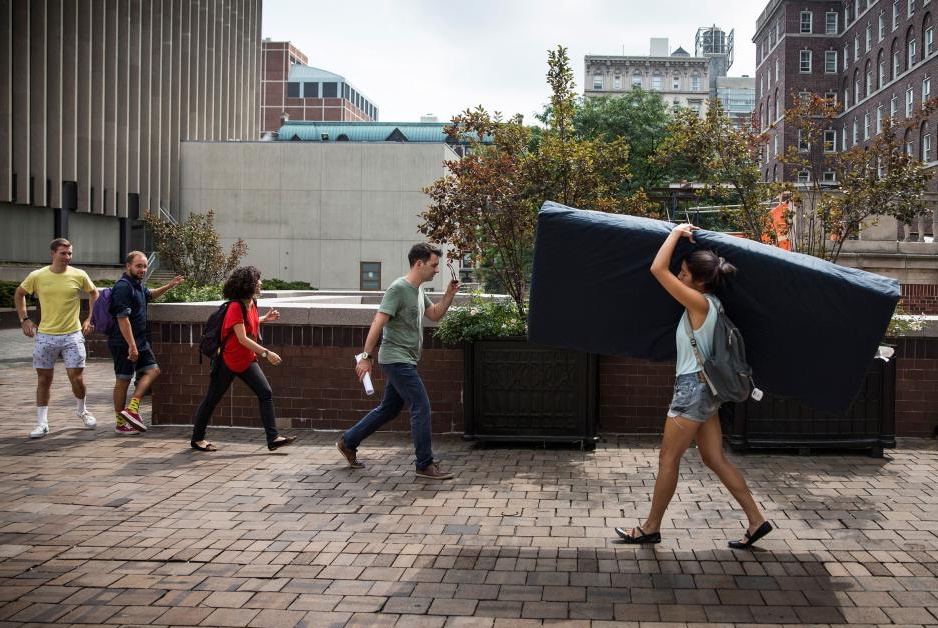 An Even Playing Field

When Jian Ghomeshi, a world-famous social justice warrior and male feminist, was accused by several women of rape, I was thrilled.

The reason for Cernovich’s schadenfreude was simple.

If you put your lot in with social justice warriors and radical feminists, you deserve no sympathy. After all, Ghomeshi is getting the LISTEN-AND-BELIEVE legal system he himself lobbied for.

Now, I don’t myself find much joy when someone is falsely accused of criminal conduct. Not even when it is someone as deserving as a “world-famous social justice warrior and male feminist.”

However, as also noted by Cernovich, more important than any of this is that

his prosecution shows why what we do matters. What happened to him could have happened to any of us.

It is interesting to me that I so often hear people complaining about the fact that rape is difficult to prove, that women would not lie about rape, and that there is therefore every reason to continue making it easier to prove rape allegations. The reduction in the burden of proof ranges from such things as not being able to bring a woman’s prior sexual history into play as part of the defense, to bringing into play any prior history of the accused man that makes him look bad, all the way to simply accepting that if the woman said it happened, it must have happened.

I’ve only been practicing law since April of 2007. But in that roughly nine years of practice, I don’t think I’ve ever seen a rape allegation that resulted in a “not guilty” verdict. I know it happens. The closest I came to making it happen was fighting a case that had a potential life sentence hard enough that just prior to the trial, an offer of three years was made. The client, and his family, decided – despite my feeling we could win the case – that he should take that offer, rather than risk life in prison.

But I’ve heard of acquittals happening even in this part of California, on rare occasions.

I just had a guy take a plea to a year in jail on a misdemeanor. He did not do it. But it was better than life. https://t.co/TjF3pvmeJe

Exactly. And even then, the system is rigged against the accused. https://t.co/oNDDwsaHBi

Since it links, but doesn’t outright show the post to which she was responding there, here it is:

@jimmy_d_greek
When all you are going on is spoken evidence, you has best make sure the speakers are reliable and credible.@mirriam71

And therein lies the problem. Therein lies the reason for the requirements that, at the very least, people accused of sexual illegalities should be entitled to their day in court before the court of public opinion demands their jobs, their heads, or the destruction of their lives.

There is no other crime where someone could face a lifetime of punishment – literally A LIFETIME, without requiring credible evidence.

I know a man, who I believe is a very good man. He is naïve, sweet, with a very loving young family. His sweetness, and his naïveté, are his downfall. His family has all but begged me to take his case back from the public defender in the county where the case is being tried. I cannot do that because of a number of factors primarily relating to the difficulty of defending an out-of-county case when the family cannot pay me a dime, let alone afford to hire the investigators, and experts who will be needed.

And in his case? Only the word of some little girls who are telling stories that only lack Satanic rites and helicopters to be on all fours with McMartin. There is every reason for sane, objective people to believe the case I’m talking about got its start because of one little girl who became angry at the accused because she got in trouble for badmouthing him.

One thing is for certain: other than the words of the girls, there is no actual evidence that what they say happened did happen. There is no physical evidence. And while some of the stories may sound plausible, others are actually impossible.

But words are enough, because children, and women – for whom we’ve lately ratcheted up the infantilization, so we might just as well stick with the word “children” – never lie; they’re always to be believed. No other words will result in reasonable doubt in the minds of any jury.

Most of the time.

In Mr. Ghomeshi’s case, though, we see the benefit to testing evidence through an adversarial process. Of one witness, the court [1]This is a Canadian case, and for now, at least, you can read the court’s (long) findings and opinion online. noted:

L.R.’s evidence in-chief seemed rational and balanced. Under cross-examination, the value of her evidence suffered irreparable damage. Defence counsel’s questioning revealed inconsistencies, and incongruous and deceptive conduct. L.R. has been exposed as a witness willing to withhold relevant information from the police, from the Crown and from the Court. It is clear that she deliberately breached her oath to tell the truth. Her value as a reliable witness is diminished accordingly.

Of a second, the court says,

Ms. DeCoutere’s credibility and reliability as a witness were vigorously challenged in cross-examination, revealing serious problems with accepting her evidence at full value.

Such inconsistencies and serious problems in the witnesses’ stories included information that changed with each telling of the story; information that was completely left out and which, once added back in made their stories more doubtful; information about events that could not possibly have happened – such as in one case, the memory of a car which was not owned by the accused man until about 8 months after the date of the events that the woman said occurred.

Which she said occurred within the car.

It became clear at trial that Ms. DeCoutere very deliberately chose not to be completely honest with the police. Her statement to the police was what initiated these proceedings. [2]Emphasis added.

A third “victim” also had not been honest with the police, or with attorneys. She met five times with the prosecutor in the year prior to trial. During that time, she insisted she was always honest and accurate in what she said. Among other things, her story included repeated statements that she “always kept her distance” from the accused because she didn’t feel safe around him. Yet somehow…

At trial, a very different truth was revealed. After meeting with Mr. Ghomeshi at a bar, in public, she took him back to her home and, to use her words, they “messed around”. She gave him a “hand job”. He slept there for a while then went home. This of course was dramatically contrary to her earlier statement that she “tried to stay in public with him” and keep her distance. S.D. acknowledged that her earlier comments were a deliberate lie and an intentional misrepresentation of her brief relationship with Mr. Ghomeshi.

This is why trials sometimes matter.

Unfortunately, though, they only sometimes matter, for the same reason that Social Injustice Warriors – oh, wait, they prefer to be called Social Justice Warriors – are up in arms over the acquittal.

The women were tricked! They were never told that they weren’t just “venting,” but that their words might be used in an actual real trial! They didn’t understand they were “to tell the truth, the whole truth, and nothing but the truth.” [3]This is an admonition frequently given in many courts when swearing in witnesses. I don’t know if it’s given in Canada. In California, the oath is specified this way in Penal Code section 1357.

But it was worse than that:

Post-incident conduct — that term has come to haunt me. When I was concerned about emails with Jian, they were emails from before [the assault]. I wasn’t even thinking about after because I didn’t think it mattered — because it shouldn’t matter. Now I understand that it matters because it measures your memory. I didn’t know my memory was on trial.

I mean, who could have possibly thought that things like sending flowers, love letters, and saying, “I want to fuck your brains out” to a man you said had raped you – with all of this done after he supposedly raped you, and years before accusing him publicly of raping you – would make someone suspect that maybe there was no rape?

The Western legal system does not abide listen-and-believe yet.

I don’t agree. Ghomeshi was fortunate, in a way that many accused of rape are not. Just today, I talked with yet another man who has been accused of rape. The allegations are years old. [4]I’m not “talking out of school” here; what I’m saying here has already been part of a public hearing.

Suffice it to say that while the only evidence offered at a hearing is the words of the two young women making the accusations, with virtually no way to verify, or contradict them unless they somehow trip over themselves at a trial the same way Ghomeshi’s accusers did, the judge so far appears to assume the man guilty. The prosecution clearly believes he’s guilty – and I’m not going off just the fact that they filed charges.

And a jury? His case might get to a jury. There’s an offer of a couple of decades of his life lost, or he can fight. If he loses, he’s only risking – according to the latest prosecution threat – a few centuries.

How’d you like to have to make such a decision, based entirely on the hope that just because a couple of young women say something happened years ago doesn’t mean a jury will convict?

And, even when like Ghomeshi, they are acquitted, not only are their lives still ruined, but re-energized Social Injustice Warriors (oops!) blow the bugle (wait, can I say that?) and call for reform:

I can’t live with this the way it is right now. There has to be something positive which comes from this. When I first went into this experience, it was like “Get Jian to stop hurting people.” Then my focus changed. Instead of dwelling — as I will do, on what happened personally — there’s got to be a better way to fix the system. Maybe we can use this awful opportunity to make a bit more of an even playing field.

Frankly, I’d prefer to return to a world where people actually required something more than the say-so of accusers in ninety-nine percent of the time. A world where accused rapists didn’t have to choose between risking hundreds of years in prison for defending themselves, or accepting the largesse of prosecutors trading that off against three years, or twenty. A world where due process of law once again meant something.

But, hey, if we can make it at least an even playing field, that’s a start.