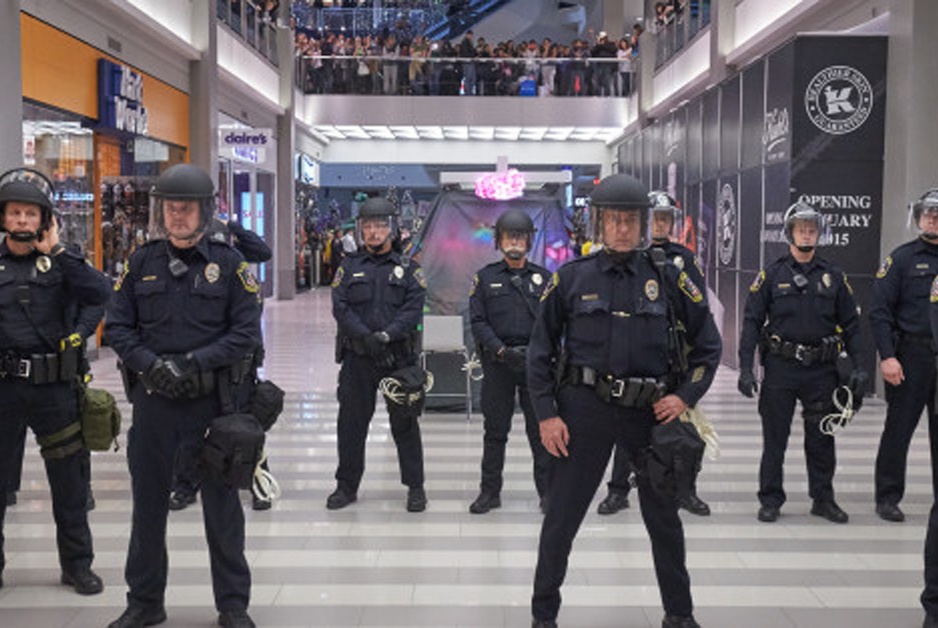 And Then They Came For Me

Though my post title of “And Then They Came For Me” clearly invokes the memory of pastor Martin Niemöller’s famous quotation, I’m not going to repeat it here. Sadly, to do so is to descend into the trite.

Yet the quotation – deeply considered – analogically explicates an important point about how the criminal justice system in my neck of the woods works. In fact, it’s pretty much how things work almost everywhere I look within the United States.

We seem to have become a callous people. But I don’t believe it because we really are callous. I believe, at least in part, that it’s because we’re just too busy. It is enough for most of us if we manage to survive the vicissitudes of the day. Add to that the onslaught of media stories, all delivered in breathless, chopped, unnatural tones meant to give a sense that a momentous story is being communicated – even if it’s only one of Scott Pelley’s idiotic road trip stories – and it’s no surprise that people just don’t have enough energy left over to even know why they should care about the criminal justice system.

And then something happens. Your son goes to a party, and the next thing you know, the police are at the house to arrest him. Or you happen to be in an area where someone else committed a crime, and both you and he are of the same race.

Oh, okay. That was a black guy. Black guys don’t count. You’re not black. And that doesn’t happen to white people.

Except sometimes the black guy is a white guy.

Even being famous doesn’t always exempt you. Because the kind of world we’ve built, in our seeming callousness, is one where everyone becomes, at some point or another, a suspect. It doesn’t matter that it was Bob Dylan. Young cops can’t be expected to know who Bob Dylan is. Hell, some young cops don’t even know who Elvis Presley is. (I survived this horrible bit of news at least a year ago.)

A dude, out for a walk, in the rain: we must investigate.

Because walking around in public, especially in rain. That’s just not something an ordinary human being not up to no good would be doing.

Unless he lived in a free country.

And that’s the thing here, folks. We no longer live in a free country. Freedom’s just another word for anathema. Free people might just do anything. You don’t know what could happen if people were just allowed to be free.

Thus, everything that doesn’t include staying within certain prescribed bounds – and no one exactly knows what that means until someone decides they do – becomes suspicious, subject to the arbitrary regulation of a cop’s need to investigate. The questions that accompany this “investigation” are no longer tempered by “was the person doing anything illegal?” Instead, we must know exactly who that person is, what that person is doing, why they’re doing it, and who the hell told them doing it was okay.

The driving force is “control.” It is also the overriding force. It is why people get killed for having a taillight out, or failing to signal, or jaywalking, or not having a front license plate, or….

The real commonality to all these incidents is that some stupid, trivial, non-event has been deemed a reason to “investigate.” Too often, the individual being investigated takes umbrage at being investigated over something so trivial. As Scott Greenfield [1]Oh, we’re back to that again, are we? has pointed out, that person has fallen below the good guy curve.

And as I said, this is because we are no longer a free nation. There aren’t any more good guys. We are a nation of suspects. And if we know what’s good for us, we’re also good submitizens.

How did we get here? It wasn’t always this way. America used to be held up as the shining example of freedom. Even though it wasn’t always true for all people then, it was nothing like what it is now.

Unfortunately, it’s no one thing. If it were, it might be a simpler matter of fixing it than it is. But the fact is, it probably is no longer fixable. This is probably just what life in the United States is going to be like from here on out. Soviet Russia had its system of gulags out away from civilization, hidden from, if not unknown to, the general population. But we in the United States have turned nearly all of our major-and-moderately-sized cities (and some small towns) into gulags, just with different departments based on the interconnected spied-upon city in which you reside.

But therein lies the clue to what has happened to freedom in America.

A gulag is a labor camp. Many gulags resembled isolated cities-cum-prisons

Actually, when you consider what’s happening in cities like Fresno, California, they’ve one-upped the gulag. They’ve managed to finally make the Panopticon workable. Fresno Police Chief Jerry Dyer, trumpeting his new “police-state-of-the-art” surveillance system that covers everything from license plates, to gunshots, to whatever his citywide cameras can view of the goings-on at your house, [2]The story about Fresno’s surveillance system, when I viewed it at least (in case it changes), showed someone pulling into his home garage, while another man was walking around a car in his front lawn. says:

“It’s an extremely difficult time,” Dyer said. “Officers are expected to know the unknown and see the unseen…

Well, no. Not really. At least, I don’t expect them to know the unknown, and see the unseen. I’d be happy if they knew the law, and left my activities unseen – unless they have probable cause to believe I’ve actually broken a law. Then let them come watch me pull my car into my garage. You know, like doing an investigation based on probable cause, instead of a 24-hour surveillance regardless of what I may, or may not, be doing.

But, alas, that’s asking for too much in a land where every location now comes with its own customized “threat level.” Because everywhere, and everyone, in the United States is now a “threat” as far as the police are concerned. The only question is, “what is the police-assigned risk level?” No longer are these places, or people, in a free country. As I said, you’re not a citizen; you’re a submitizen.

And just how is that “threat level” assigned? Well, aside from the fact of the growing surveillance that turns our cities into gulag-y Panopticons, there’s the police scanning social media. Freedom of speech? Yep, but no one ever said that your freedom to speak might not come with consequences, they just wrote a Constitution to ensure that those consequences didn’t necessarily come from the governme–oh, wait…

(By the way, Fresno Bee, I’m not positive that a good reporter who reports on the police should brag that his risk level is “0” and his threat level is “green.” A reporter reporting on the police who was actually doing his job would probably irritate them enough to at least rate a “1,” and a “yellow,” I would think. But maybe that’s why the Fresno Bee’s nickname is “The Fresno Police Gazette.”)

Allegedly, when once exiting the building where the Constitutional Convention of 1787 was held, Benjamin Franklin was asked by a woman, “Well, Doctor, what have we got–a Republic or a Monarchy?” The good doctor is said to have replied, “A Republic, if you can keep it.”

Another way of saying this was with the statement frequently attributed – with caveats – to another of the Founders of the United States, Thomas Jefferson, who supposedly noted that “the price of Liberty is eternal vigilance.”

In any event, we haven’t kept it. We haven’t exactly lost it to a Monarchy, but thanks to the lack of even momentary vigilance on our collective part, we’ve sacrificed it to an Oligarchy hell-bent on controlling us. But controlling us requires being able to always watch us. As Jerry Dyer said, to know the unknowable, and see the unseen.

As for the police – well, Enforcers of the Oligarchy can do no wrong. And people belonging to the more traditional oppressed groups can essentially be arrested, imprisoned, or killed at will. No officer will pay. After all, as at the Founding, so today, those in charge see them as mere property, only this time they are the property of the State (which is to say the system of the Oligarchs) rather than to individuals.

And all this happened because you let it. Because you thought the Oligarchs were only after “criminals,” and since you weren’t a criminal, you didn’t mind. In fact, you applauded. When the Enforcers of the Oligarchs were targeting black people, brown people, or any other non-white, or non-privileged people, you looked the other way. Even today, as already noted, these Enforcers can do no wrong, and black people die at their hands everyday, in greater numbers – and throughout a wider expanse of territory – than lynch mobs ever killed.

For the most part, white people are still immune from the most serious mistreatment. But this is changing. The Panopticon is more colorblind. The so-called “Beware” software – perhaps named that way as a warning that all citizens should beware what they say – assigns levels which might take into account a person’s ethnicity (we don’t know about that, do we?), but nevertheless all citizens get assigned a risk level number, and a threat assessment color. Ultimately, the system created by the Oligarchs cares only about those who might resist, or otherwise disrupt it.

You are owned, and you know it because you’ve never tried to step outside your lives as demarcated by the Oligarchs. But your time is coming. Like in all things, as the Enforcers of the Oligarchy recognize how much power they have, and what they can get away with, they’re abuse of that power expands.

And because you weren’t there, standing with those who were oppressed, suppressed, and killed before you, there will be no one left to help you.