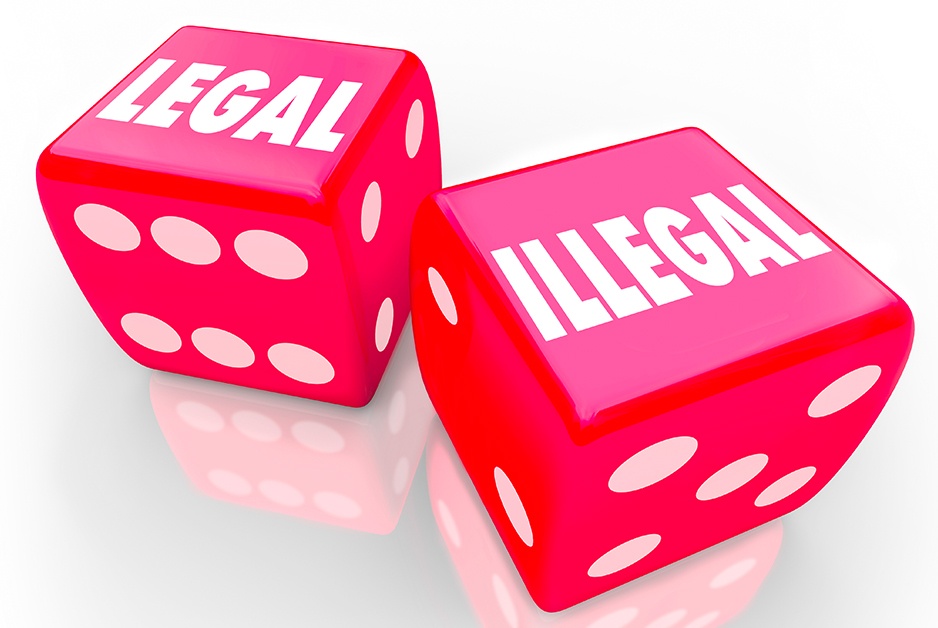 If there’s one thing that drives me battier than others, it’s the arbitrariness of the so-called criminal “justice” system. I personally think arbitrariness underscores all that is wrong with the current system.

I mean, sure the Fourth Amendment doesn’t really mean anything anymore. Except when it does.

Ditto for the First, Second, Fifth, Sixth, Eighth (though less so, since this is a largely forgotten amendment, along with the Ninth and Tenth) Amendments and the due process clause — both that contained in the body of the Constitution and in the Fourteenth Amendment. They mean nothing.

“The law” in the United States of America is as much a joke as in any third-world or fourth-rate nation on this planet.

But it’s not just the arbitrary application — or non-application, depending on the situation — of these constitutional principles that makes our system of “justice” anything but a system of justice. It’s how all the laws of our lands are applied.

Contrary to what many people think about criminal defense attorneys, the majority of us actually do not support lawlessness. We do not hope that people will be able to commit crimes with impunity. This is particularly true when it comes to crimes of violence. Like a lot of other citizens, we might tend to believe that certain “crimes” shouldn’t count as crimes and so we might believe people doing those things should not be punished. We might even believe that our punishments for many crimes where we agree punishment is appropriate are too harsh.

But I don’t personally know a single criminal defense attorney who believes that people who kill, maim, assault, wound, steal, defraud, or otherwise hurt other individuals should go unpunished.

I’ve written more than once about the job of a criminal defense attorney. This is not one of those posts.

Quite contrary to the idea that somehow people should escape certain punishments, I, for one, fight for only these three things: 1) consistency, 2) fairness, and 3) suggesting the state prove guilt beyond a reasonable doubt.

But, frankly, that’s probably a bit redundant. Maybe it’s more accurate to say that I fight for 1) fairness and 2) to make the state prove its case. “Consistency,” after all, is part of fairness; without consistency, there is no fairness.

At any rate, the point of this post is that undercutting — and informing — all that I try to do is the arbitrariness of the criminal “justice” system.

Today’s events in my own office provide a perfect example.

Without going into details, my office manager has, in the past, been the victim of violent acts. She has a restraining order against the individual who has broken at least one of her bones, burned one of her cars, and caused her to be fearful for her and her daughter’s safety.

Recently, the individual responsible for the injury and fear was released from prison and, knowing this was happening, my office manager went to great pains to notify the parole agent of the restraining order and to provide the history behind it.

Recent changes in California law have caused responsibility for this paroled prisoner to shift to the county probation department. Whereas previously people released from prison were supervised by parole agents, now they are watched by the nearly-always-undertrained probation employees — high-school graduates (sometimes) who fail to understand that their charges are nearly always smarter than they. Seriously, if there is one group of individuals who appear to rank lower than sewer rats on the educational continuum, it’s probation officers. About the only way in which they surpass other human beings is in relation to their misplaced self-confidence — or are they just terrific actors?

So what does this have to do with arbitrariness?

I’ve defended many an individual charged with violating restraining orders. Typically, these are “domestic violence” cases — except when they’re not. (I actually thought about titling this post “Except when it’s not” or “Except when they’re not.”) In nearly all these cases, the alleged “victim,” has hired me. Unsurprisingly, given that they hired me, they did not wish the individual charged with committing a crime against them to be restrained from having contact with them, much less being convicted for the alleged crime.

I’m not saying this is wrong (or right).

But isn’t it ironic that today, despite the fight put up by my office manager, the Fresno County Probation Department finds itself unable to enforce the restraining order against an individual who has actually done her physical harm?

Arbitariness: the number one reason the American “justice” system is a complete and utter failure.