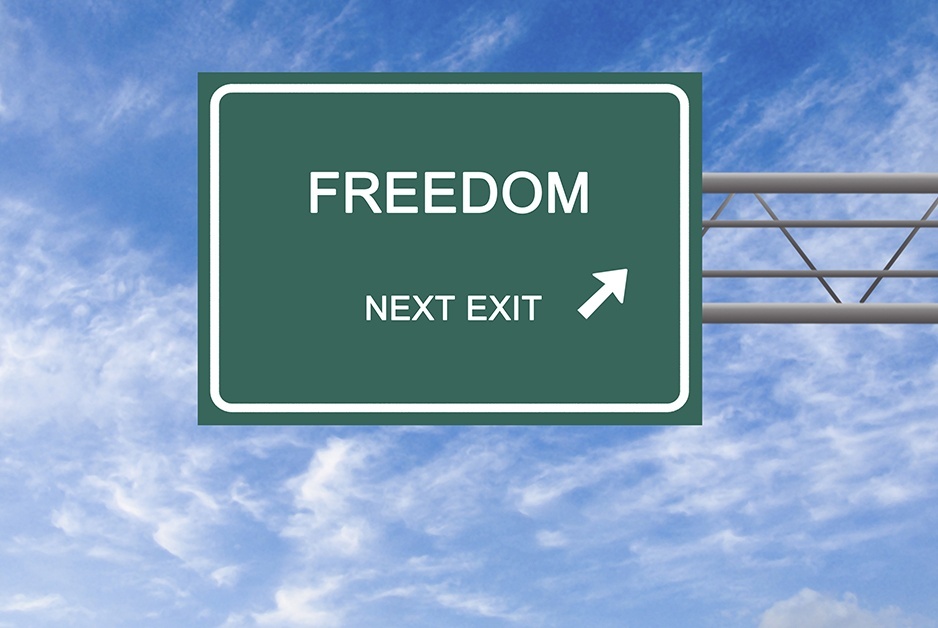 Instead of “Believing in Freedom,” I was going to call this post, “They’re Still Free to Post Cat Pictures on Facebook,” but I realized as I was thinking about writing it, that I was bothered by more than just one thing. And that’s usually what drives my writing: I’m bothered by something; I spend some time thinking about it; and then I write.

For awhile now, I’ve been bothered by this concept of Americans “believing in freedom,” and the news, and the Department of “Justice,” provide a new example of what bothers me to take a stab at writing about it.

“The news” broke the story last week that one of the major purveyors of “news” was targeted in a DOJ investigation. Or, more specifically, the phone records of the Associated Press’s reporters were targeted.

Americans — well, some of us, anyway — are outraged. (“Outraged, I tell you!”) And the news is running hot and heavy about the whether or not this is somehow contrary to the First Amendment guarantee of Freedom of the Press.

Jeffrey Toobin, CNN’s legal analyst, assures us that it’s not.

CNN legal analyst Jeffrey Toobin said the Obama administration “has been incredibly aggressive” about prosecuting leakers, and there’s no privilege in federal law that allows reporters to protect their sources. But he said past administrations have avoided going that far.

And, besides, the U.S. Attorney’s Office assures us that it really values the First Amendment, however much its actions may belie that statement.

So much so that in 2009, that same Department of “Justice” targeted a Fox News reporter — going as far as to consider charging him with a crime — for performing real journalistic investigations, and then reporting what he found, instead of posting cat pictures to Facebook.

A federal judge granted the DOJ permission to include Rosen in the investigation since there was evidence that Rosen was a “co-conspirator” in releasing classified information.

Apparently, American officials “believe” in freedom of the press the same way that Americans “believe” in God. Which is to say, “not so much.” Sure, we like to talk about it. We pay homage to the concept. But to actually act on those beliefs?

You’re asking too much.

So it seems to go with virtually every aspect of freedom in the United States of America these days.

Our Founders built a truly amazing politico-social experiment when they constituted our government, and deliberately tied its existence to the written Constitution with which they constituted it. The reminder meant to be enshrined within that Constitution was that we, the People of the United States — actual human beings with actual real and independent lives — were willing to give up a limited amount of our freedom in order to structure a limited government with just enough power to protect us, and deliberately preventing it from having enough power to suppress us.

Limitations abound within the Constitution. And every single one of those limitations is aimed at government.

Note well that — after the Preamble that explains why we’re establishing the particular government that document was about to establish — the next words are,

What does that say? It says that we, the People who ratified, and who by not overthrowing the government continue to acquiesce in that ratification — we granted Powers — and not the other way around. Our government doesn’t give us rights, as people so often appear to think. Sometimes I feel like if I have to hear one more person tell me that certain rights don’t exist because they aren’t explicitly written in the Constitution, I’ll have to punch their lights out.

This could get to be a really, really long list.

After all, there actually are no rights which are granted to you by the Constitution. Not even in the so-called Bill of Rights, also known as the First Ten Amendments, which were passed more-or-less contemporaneously with the ratification of the Constitution.

What? Again you don’t believe me? Go read them. I promise I’ll be here when you get back.

So did you notice? Not one single right is given to you by the “Bill of Rights.”

Every single one of those first Ten Amendments to the Constitution either impliedly or explicitly recognizes a pre-existing right, and then places a limitation upon the government as a reminder — a reinforcement, if you will — of what it cannot do. And by “it,” I mean, of course, “the government”; I do not mean “some person living in the country that government governs.”

How is it, then, that Americans believe that they are free?

The primary reason is because for the majority of our lives — for the majority of us, anyway — the government is too busy to really notice us. We don’t see certain things that strip us of our freedom as onerous enough to do anything about them. For most of the limitations our government has placed upon our freedom, we grew up in a world where that’s just how things were. Our parents accepted them. Our teachers accepted them. It never occurred to us not to accept them, or to recognize them as encroachments upon our freedom.

For the majority of us, these rights are like the file cabinet in our closet, or the box shoved under the bed, which contain important documents, or pictures, or other mementos we don’t want to part with, but which we never really look at. If the house burned down, we’d be sad over the loss, but then we’d just move on with our lives.

The flip side of this coin is where the real problem lives, in my mind. As I just noted, a large number of us — a majority, to some degree or another — will never attract the government’s attention, and we will never object to the myriad ways our government limits our freedom. There are others, though, who will become targets of the government, even without working for the Associated Press, or Fox News.

Most of those people — those who become targets — will do so because they have committed what all the rest of us would recognize as “crimes.”

When the government violates their rights, almost none of the rest of us could possibly find a way to care. Government violated the Fourth Amendment protection against unreasonable searches and seizures, but they caught a criminal? Who cares about such a “technical” violation? Government violated the Fifth Amendment through forced confessions under the “public safety” exception — where is that written into the Constitution? — and then used the person’s statements against him in court? He’s a freakin’ terr-ist, dude! Sixth Amendment “honored” by providing a court-appointed who is so out of his league and so overworked he can’t ethically and aggressively represent his client? Hey, at least they got the “speedy” part right!

We can’t really get worked up about these things, though. After all, this stuff just happens to criminals.

If not for the 25 years that Michael Morton spent battling to prove his innocence from behind bars, the police might never have captured the man who authorities believe killed Mr. Morton’s wife and another Austin woman, said Lisa Tanner, the prosecutor, days after securing Mark Alan Norwood’s capital conviction.

Despite video and numerous witnesses providing absolute proof that Shareef was playing in a basketball game at the time of the crime, he was convicted and sentenced to death. Every possible factor was a part of his story: prosecutorial misconduct (The prosecutor actually “kidnapped” the witnesses for the defense during the trial), lack of investigation (His mother lost her home and church paying fees for inadequate legal defense), his age (only seventeen years old, a juvenile), his race (black on white crime), suppressed evidence, police dishonesty (One of the homicide detectives anonymously called in the tip to Crimestoppers, which had Shareef arrested and collected the reward himself!)….

A former LAPD officer convicted of stealing eight pounds of cocaine has implicated himself and another officer in an unjustified shooting of an unarmed young man, who was then framed for assaulting police and sentenced to more than 23 years in prison, authorities said Wednesday (15 Sept. 1999).

Thompson is a free man today because of the so-called “Brady” rule. But he likely would have been a free man all along — without spending 14 years on death row — had his prosecutors obeyed the law in the first place.

Nor is it just falsely-accused individuals whose rights are frequently violated. Two out of every three Americans has lost their rights to the Department of Homeland Security — and the rest will if they cross paths, which is becoming increasingly easy as the so-called “War on Terror” promises to last several decades of American life.

If you think the War on Drugs has had an impact on individual rights, wait until you see what the War on Terror has in store.

And, yet, we believe in freedom. We believe we are free.