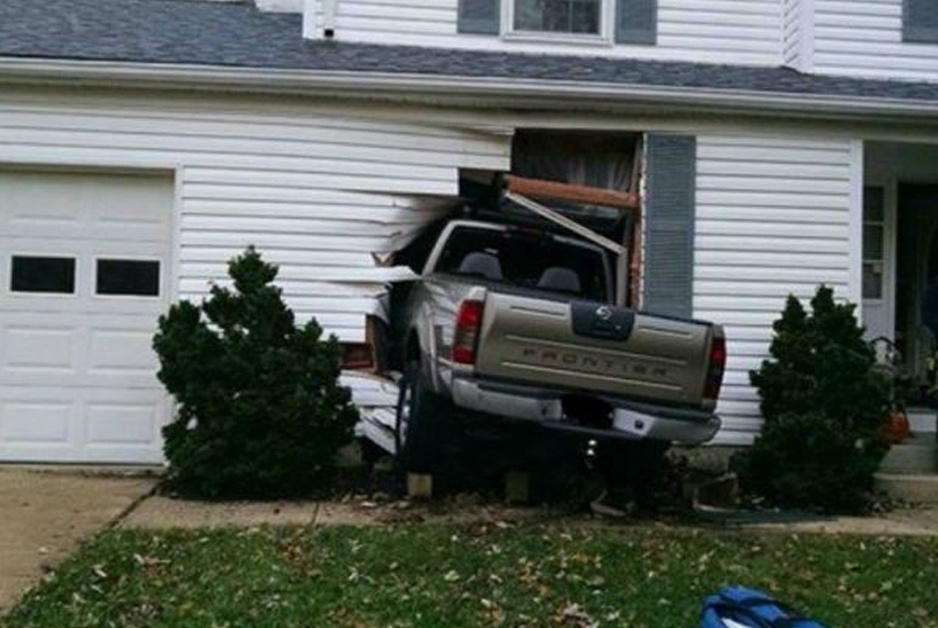 Waaaay back in January 2015, there was a story about which I thought I’d written. But it turns out, I’d only started to write it, and never finished it. The draft I saved begins like this:

A public defender was arrested a couple days ago for….

Well, that’s actually a good question. So far as the story has been told primarily from the point of view of sane people, although a police spokesperson has pointed out that:

[T]he officer had the right to arrest anyone obstructing him from doing his work and that a criminal investigation into the event was ongoing.

To their credit, the story itself says nothing about “meddling,” and the comments to the story clearly show that none of their readers think the public defender was a buttinski, [1]Merriam-Webster’s Collegiate Dictionary: buttinsky also buttinski : a person given to butting in : a troublesome meddler either.

Ironically, though, the charge for which the officer was arrested can, arguably, be characterized as based on the mistaken belief by the police inspector that she was, indeed, meddling. From Merriam-Webster’s Collegiate Dictionary, Eleventh Edition:

meddle: to interest oneself in what is not one’s concern: interfere without right or propriety

Of course, had the police inspector inspected the law he is sworn to uphold, he would have discovered that it was he, and not the public defender, who was meddling. In fact, the police inspector, had he inspected the law, would have learned that the most-immediately-available case law mentioning it shows that the only other time a defense attorney has been accused of “meddling” was by a crazy person.

And now, today – March 11, 2016 – the San Francisco Police Department’s Office of Citizen Complaints has determined, without going so far as to agree that the police inspector’s meddling made him the actual crazy person, that Jami Tillotson was wrongly arrested.

Also now, finally, we learn why Tillotson was arrested in the first place. Well, we actually knew all along why she was arrested. She was arrested for doing her job. Doing one’s job as a criminal defense lawyer is increasingly the basis for government agents to go on the attack. Yesterday, I wrote about the extreme version of that, where John Crawford was allegedly attacked by a sleazy District Attorney Office’s angry investigator because he’s been doing his job quite well in Orange County lately.

Tillotson, on the other hand, was “only” arrested for “resisting arrest.” Yeah, that’s the charge.

Deputy Public Defender Jami Tillotson was arrested Jan. 27, 2015, and booked on a misdemeanor resisting arrest charge for refusing to let a client of hers be questioned by a police investigator who was also trying to take pictures of the client.

It sounds crazy because it is, but it’s not crazy for the reason you think it’s crazy.

It’s not crazy because of the typical question I hear, “What was she being arrested for that she was resisting?” In other words, non-lawyers think there is no reason why the police inspector should have been trying to arrest her in the first place, but even if there was, when he told her she was under arrest, and that she was to put her hands behind her back, she did. So where’s the “resisting”?

California Penal Code section 148 is the code section that defines what we call “resisting arrest”:

Every person who willfully resists, delays, or obstructs any public officer, peace officer, or an emergency medical technician, as defined in Division 2.5 (commencing with Section 1797) of the Health and Safety Code, in the discharge or attempt to discharge any duty of his or her office or employment, when no other punishment is prescribed, shall be punished by a fine not exceeding one thousand dollars ($1,000), or by imprisonment in a county jail not to exceed one year, or by both that fine and imprisonment.

As you can see, “resisting arrest” actually includes delaying, or obstructing, as well. And, as the Shouse California Law Group has pointed out, that sweeps up a lot of activities, including interviewing people to investigate a crime.

But what makes this crazy is that all defense attorneys, when they advise their clients of their constitutional rights, and try to insert themselves between law enforcement, and their client, interfere with the investigation of a crime, in the strictest sense of that phrase. I’ve had officers threaten to arrest me, just as they did arrest Tillotson, for trying to “interfere” with them questioning my clients. We’re all, as my grandmother used to say, a bunch of buttinskis.

The thing is, whether you like it, or not – and it seems a hell of a lot of truly ignorant people do not like it, until they somehow get caught up in the machinery themselves – that’s our job. More than that, our duty to be big buttinskis is the very foundation of our jobs, enshrined in the Sixth Amendment, and the case law that surrounds it.

In fact, the true situation for Tillotson, and her client, was actually more the reverse: it was the police inspector who was interfering, and interfering in a fundamental constitutional right to counsel. The United States Supreme Court has said that,

knowing exploitation by the State of an opportunity to confront the accused without counsel being present is as much a breach of the State’s obligation not to circumvent the right to the assistance of counsel as is the intentional creation of such an opportunity. Accordingly, the Sixth Amendment is violated when the State obtains incriminating statements by knowingly circumventing the accused’s right to have counsel present in a confrontation between the accused and a state agent. [2]Maine v. Moulton, 474 U.S. 159, 176, 106 S. Ct. 477, 88 L. Ed. 2d 481 (1985).

In this situation, it would have been incongruous to suggest that – after seeing his attorney essentially told to go away, and then arrested when she refused to do so – that the client would have believed that he had a right to remain silent, and a right to counsel, even had Miranda warnings subsequently been given. This is especially true when the client heard his attorney state that she was not resisting arrest, she was representing her client, and she was arrested anyway. To the client, it would have appeared that his attorney was arrested for exactly what she said: attempting to represent him. Under those circumstances, what client could possibly believe that he had the right to be represented by counsel during questioning?

This, however, is what the United States risks turning into: a nation that violates every basic law upon which it was built.

Based on comments to the LA Times website on the Crawford story, a fair share of Americans are cool with that.

But when this scenario runs out to its logical conclusion, and police no longer respect anyone’s constitutional rights, including yours, who will you turn to then? Because I can pretty much guarantee you that, when the shoe is on your foot, rather than some stranger about whom you do not care, you’ll wish there was a big buttinski standing by your side.