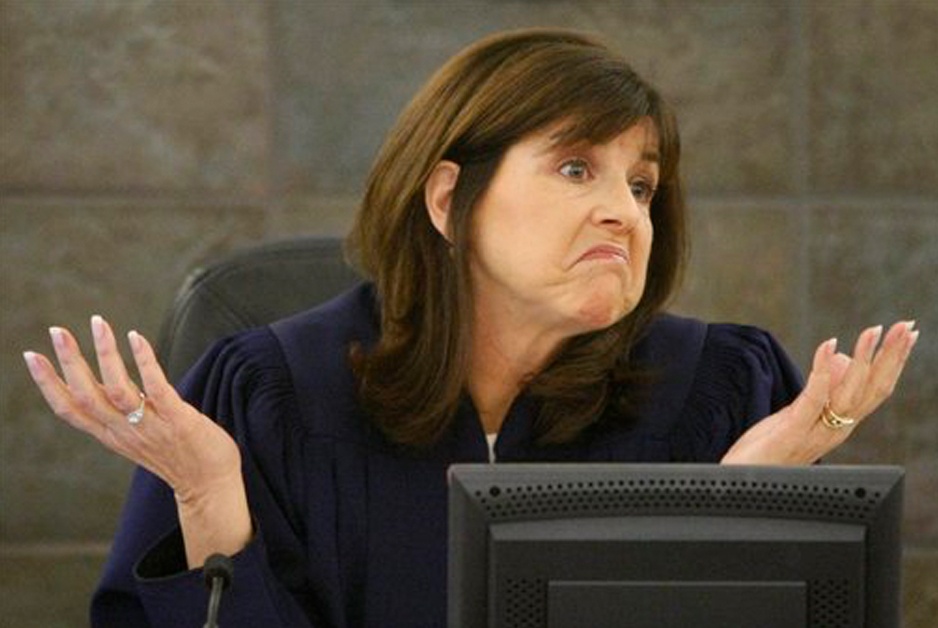 —In 2008, Edward Robb Ellis’s, A Diary of the Century: Tales from America’s Greatest Diarist, was published. In it, the retired journalist chronicled his life from 1927 to 1995, keeping track of what was happening in his life, and the world.

Why am I writing this? Because I want to preserve a record of the mood of the people of this period. And what do I succeed in doing? Merely demonstrating how vague is our comprehension of those horrific events beyond the horizon, how unsure we are of their relationship to us, how unstable seems the future and yet, how blithely we go our accustomed ways. [1]Edward Robb Ellis,A Diary of the Century: Tales from America’s Greatest Diarist, p. 107 (2008).

How blithely we go.

Over at Simple Justice, Scott Greenfield writes about the banal happenings in the life of a criminal prosecution. A “baby prosecutor” — not a prosecutor of babies; I’m not sure if we’ve stooped that low yet; but an inexperienced, young prosecutor — failed to turn over exculpatory evidence to the defense.

Meh. As I said, a banal happening.

But it made the news because a judge took offense.

I recall the Defense asking before the trial started for any notes that the People had in their possession, and you blithely said, “No, we don’t have any notes.” It turned out, unfortunately, to be a lie.

The judge then threw the prosecutor out of his courtroom, and threw out the case as well.

That’s at least local news, maybe. [2]And, of course, myself and some others are maybe trying to ensure it doesn’t remain just local news. But that one judge threw a fit about it will, at best, most likely constitute nothing more than a temporary blip on the radar of one District Attorney’s office.

“For something like this to happen shows they have a rotten system and it starts at the top,” Rudin said. “This is the kind of thing that should lead to an investigation of the whole office.”

There will be those — including, no doubt, those within the office of the Bronx District Attorney’s Office — who will point out that a supervisor brought the Brady material to the judge’s attention.

Except, as Scott points out, this outing by the judge, and supervising prosecutor…

It’s not much, but compared to deep-sixing the Brady, it’s huge.

There’s the part that transforms the banal happening into “news.” I mean, a prosecutor deep-sixing Brady isn’t news. That might be news to someone.

I was admitted to the bar in April of 1987, and I was, at the time, an Assistant District Attorney in the Bronx DA’s Office. … I also served as a defense lawyer and 18B counsel. I’ve tried homicides; I have tried child molestation cases; and I have tried drug cases.

I have now been on this bench nine years and three months. In all that time, as a prosecutor, as defense lawyer, as judge, I have never once seen a Brady violation as egregious as this.

Notice what the judge said?

I have never once seen a Brady violation as egregious as this.

He didn’t say, “I have never once seen a Brady violation.” He said,

I have never once seen a Brady violation as egregious as this.

So it’s not news to the judge that Brady violations happen. He just thinks — for reasons not explicated — that it’s worse in this particular case than all the other times he’s seen it.

So, no. It’s not news that some prosecutor deep-sixed Brady material.

Back to defense attorney Scott Greenfield:

It’s not much, but compared to deep-sixing the Brady, it’s huge.

Why? Why is this “huge” when “compared to deep-sixing the Brady“?

It’s huge just because deep-sixing Brady material is a banal happening. Every criminal defense attorney who practices for a few minutes — even as an intern — quickly learns that Brady material is like the Holy Grail. We earnestly pursue exculpatory evidence for our clients. It is the cup that we never see, known only to the prosecution and one or more of its witnesses, which cup dutifully receives our client’s blood on cross-examination.

Jurors — justice’s pagans, who must be instructed on everything from the law (by judges) to what verdict they must bring (by “expert witnesses” and prosecutors) — know nothing of its existence. They might be horrified to learn of its existence, and that it was held back.

But wait! What about the defense investigation? Why can’t the defense find the same information that the prosecutors found. I mean, it’s just evidence, right? And police and prosecutors aren’t the only people in the world who know how to investigate, are they? Isn’t all this griping about prosecutors hiding exculpatory evidence just belly-aching from defense attorneys and their clients, too lazy or cheap to perform their own investigation?

Secondly, in many cases I’ve handled — primarily sex cases — the law arguably forbids the defense from conducting an investigation. [4]In particular, check out our wonderful Cal Const, Art. I § 28(b)(5). See also Kling v. Superior Court, 50 Cal.4th 1068, 1080, 116 Cal.Rptr.3d 217 (2010). I have a case right now where some young girls have almost certainly falsely accused a man of molesting them. Their statements to the police have been — at best — highly inconsistent. The police and prosecution investigators have talked to them repeatedly. Their parents hired attorneys to sue, and they have talked to them extensively. They’ve spoken to numerous social workers, psychotherapists, psychologists, psychiatrists, doctors, schoolteachers, school administrators, relatives, friends…and who knows who else? Just about everyone in the world but the defense, which is forbidden by law from speaking to them until and unless I get to do so during a trial. Unsurprisingly, their testimony has evolved, in a way that does not benefit my client, with each interview  they give to everyone-else-but-us. And we cannot even subpoena most of the records of these conversations.

Because prosecutors get away with deep-sixing Brady material virtually every day of the week, every week of the month, every month of the year, every year of their careers. People’s lives are ruined, but it’s usually not the lives of prosecutors. Real victims don’t get justice, because more often than you (or they) realize, the wrong person is on trial for a real crime that was committed by a real criminal who escaped being held culpable.

That’s the mood of the people of this period.

When once in a blue moon, someone is caught deep-sixing Brady. It’s typically no big deal. That’s why what Judge John Wilson did was, as Scott put it, “huge.” That’s why it made the news.

We should investigate. We could investigate. But we ain’t gunna do it. Because, demonstrating how vague is our comprehension of those horrific events happening every day, how unsure we are of their relationship to us…blithely we go our accustomed ways.