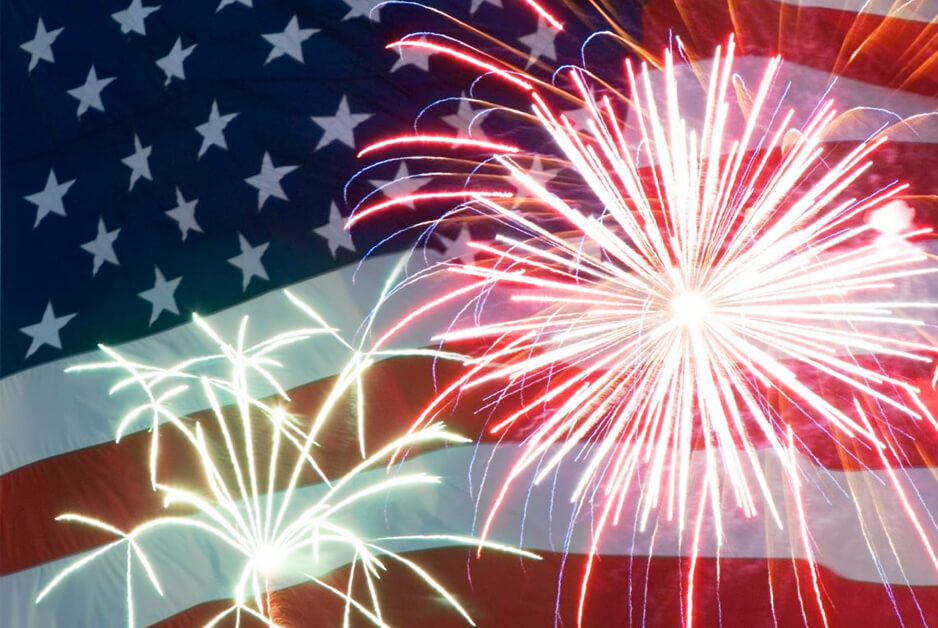 In a way, it is fitting that July 4th is the big celebration of American – United States – freedom. As ConstitutionFacts.com notes:

July 4, 1776 wasn’t the day that the Continental Congress decided to declare independence (they did that on July 2, 1776).

It wasn’t the day we started the American Revolution either (that had happened back in April 1775).

The final draft of a writing was approved by the Continental Congress.

Paperwork. The clarification, and enshrinement – no doubt some hoped “for all time” – of what the newborn nation was all about.

All that the Declaration “did” was actually done elsewhere, at different times, over a period of time. It was never completely finished. And one might argue that, in the end, it was stillborn. African-Americans, for example, were not independent – with few exceptions, they were not even close to free when the Continental Congress declared that

all men are created equal, that they are endowed by their Creator with certain unalienable Rights, that among these are Life, Liberty and the pursuit of Happiness.

Nevertheless, as far as enshrining ideals in laws go, it was a huge step forward.

When you look at the Declaration, you find that at its heart, it is a Complaint. A Complaint lodged against the government of the King of England, then ruler of the thirteen colonies that would constitute the United States of America.

If you look at the Complaint carefully, you’ll notice that it boils down to this: the rule of the King had become somewhat arbitrary, oppressive, and unfettered by Law.

He has refused his Assent to Laws, the most wholesome and necessary for the public good.
He has forbidden his Governors to pass Laws of immediate and pressing importance, unless suspended in their operation till his Assent should be obtained; and when so suspended, he has utterly neglected to attend to them.
He has refused to pass other Laws for the accommodation of large districts of people, unless those people would relinquish the right of Representation in the Legislature, a right inestimable to them and formidable to tyrants only.
He has called together legislative bodies at places unusual, uncomfortable, and distant from the depository of their public Records, for the sole purpose of fatiguing them into compliance with his measures.
He has dissolved Representative Houses repeatedly, for opposing with manly firmness his invasions on the rights of the people.
He has refused for a long time, after such dissolutions, to cause others to be elected; whereby the Legislative powers, incapable of Annihilation, have returned to the People at large for their exercise; the State remaining in the mean time exposed to all the dangers of invasion from without, and convulsions within.
He has endeavoured to prevent the population of these States; for that purpose obstructing the Laws for Naturalization of Foreigners; refusing to pass others to encourage their migrations hither, and raising the conditions of new Appropriations of Lands.
He has obstructed the Administration of Justice, by refusing his Assent to Laws for establishing Judiciary powers.
He has made Judges dependent on his Will alone, for the tenure of their offices, and the amount and payment of their salaries.
He has erected a multitude of New Offices, and sent hither swarms of Officers to harrass our people, and eat out their substance.
He has kept among us, in times of peace, Standing Armies without the Consent of our legislatures.
He has affected to render the Military independent of and superior to the Civil power.
He has combined with others to subject us to a jurisdiction foreign to our constitution, and unacknowledged by our laws; giving his Assent to their Acts of pretended Legislation:
For Quartering large bodies of armed troops among us:
For protecting them, by a mock Trial, from punishment for any Murders which they should commit on the Inhabitants of these States:
For cutting off our Trade with all parts of the world:
For imposing Taxes on us without our Consent:
For depriving us in many cases, of the benefits of Trial by Jury:
For transporting us beyond Seas to be tried for pretended offences
For abolishing the free System of English Laws in a neighbouring Province, establishing therein an Arbitrary government, and enlarging its Boundaries so as to render it at once an example and fit instrument for introducing the same absolute rule into these Colonies:
For taking away our Charters, abolishing our most valuable Laws, and altering fundamentally the Forms of our Governments:
For suspending our own Legislatures, and declaring themselves invested with power to legislate for us in all cases whatsoever.

Even the one potentially-different item in that list, relating to allowing the white population to overrun Native American lands, is a complaint about the obstruction of laws. Granted, the assumption is that the King controls the land, not Native Americans. The complaint is nevertheless about the one man’s – the King’s – seemingly arbitrary, and self-interested, application of his dominion over the colonies.

That’s what the colonists wanted.

The colonists believed that Law was the necessary base for maintaining Life, Liberty and the pursuit of Happiness. How could these things be unalienable rights, if they were subject to the whim of the King.

And let’s not forget the King’s soldiers.

He has abdicated Government here, by declaring us out of his Protection and waging War against us.
He has plundered our seas, ravaged our Coasts, burnt our towns, and destroyed the lives of our people.
He is at this time transporting large Armies of foreign Mercenaries to compleat the works of death, desolation and tyranny, already begun with circumstances of Cruelty & perfidy scarcely paralleled in the most barbarous ages, and totally unworthy the Head of a civilized nation.
He has constrained our fellow Citizens taken Captive on the high Seas to bear Arms against their Country, to become the executioners of their friends and Brethren, or to fall themselves by their Hands.
He has excited domestic insurrections amongst us, and has endeavoured to bring on the inhabitants of our frontiers, the merciless Indian Savages, whose known rule of warfare, is an undistinguished destruction of all ages, sexes and conditions.

The King declared war against us – against Americans – and denied us the protections of the Law. Through his soldiers, he took what he wanted, when he wanted, how he wanted, and destroyed the lives of our people.

Today, many people will celebrate the day the paperwork was completed. We will not understand that paper is all that is left of the vaunted Law upon which the United States of America was founded. And the Constitution of the United States – written at a later time, and which you can’t even read on the government Archives website as I write this post – has been interpreted, and reinterpreted, and interpreted again in such a way that the government has essentially declared us out of its protection.

[W]hat was once called “The Land of the Free” has been a full-blown police state for over a decade now…. The term “police state” is not a well-defined one, but I think most people would agree that such regimes are characterized by extensive surveillance of the population; a huge number of arbitrary laws punishable by disproportionate penalties; a slow and arbitrary court system in which the outcome of important cases is essentially pre-ordained; a requirement that ordinary citizens carry identity documents everywhere and present them to officials on demand (“papers, please!”); a bloated police force whose powers are limited only by the imaginations of officials and whose members are able to inflict violence upon anyone they choose without any consequences whatsoever or recourse of any kind for the victims; and a powerful bureaucracy which regularly violates the laws which supposedly constrain it and ignores due process when it proves inconvenient.

[O]ur present governmental system practices nearly every one of the abuses Jefferson and Company complained about in the Declaration of Independence.

When you look over the Complaint filed with the world court by the colonists, it’s impossible to disagree with this assessment.

For brevity’s sake, let’s just take on the King’s soldiers.

“Declaring us out of [its] Protection.” The United States Supreme Court has repeatedly whittled away at the protections – enshrined as amendments after it appeared the Constitution could not be approved without these minimal recognitions of the absolute limits of governmental power – afforded by our Laws. Today, the Fourth Amendment is largely a joke we all tell ourselves. People are always amazed at how easily the government blasts through this one. What they don’t understand is that as far as the government is concerned, the Constitution exists to protect it, and not the People. In my criminal defense practice, I repeatedly interview people whose cases I cannot take, because technically they have no criminal case: the only criminal thing that happened involving them is that the police invaded their homes, without warrants, while searching their neighborhood door-to-door for some Bad Guys™. But nobody got arrested; the police came, entered, searched, found nothing, and left.

No harm; no foul. Right?

And the Fifth Amendment right to remain silent…well, our Supreme Court, in its infinite wisdom has put a ton of restrictions on it over the years. The most recent is that to remain silent, you must speak. You must do so in exactly the prescribed way – too bad for you if you don’t know the prescribed way. Each and every time a cop tries to talk to you. Though why this should work after Justice Alito unequivocally stated that the Constitution does not include a right to remain silent is not at all clear to me. In any event, the current rule is that your silence will be used against you unless you invoke your Fifth Amendment right in exactly the right way (which was never the law before).

“Plundered.” Asset forfeiture. Need I say more? Try this one on for size. Or this one. Maybe you’ll like these.

“Foreign mercenaries…totally unworthy the Head of a civilized nation.” The police forces of the United States are not “foreign” mercenaries, in the sense that they have been brought here from another country in order to effectuate the desires of our government. On the other hand, they aren’t really Americans, either. For one thing, they eschew American laws. Hell, frequently, they don’t even know the laws. And the reason? They don’t see themselves as being part of us. More importantly, they don’t see us as being part of them. It’s the old “us versus them” problem. The police are, at best, like foreign invaders in the body politic, and they see their jobs as subjugating us. This may be how bonafide police states work, but it is totally unworthy of the government of any civilized nation.

Obviously, there is not a perfect match between what one King did in the late 1700s, and what the government does today. I can’t argue that our government kidnaps people at sea, and makes them fight against the rest of us. (Police recruitment videos may be problematic, (Update 9/26/2016: link broken) but they don’t show Americans being kidnapped at sea before being turned against us.) Nor does our government – our misguided handling of American protests, or our counterproductive Middle East foreign policy, notwithstanding – attempt to turn others against us.

But if you take a hard look at what is happening – what has happened – in the United States today, you’ll see that, as one Twitter-tweeter noted,

America celebrating its independence is like a big fat guy celebrating the jeans that used to fit him.

I would say “freedom” instead of “independence,” since that’s likely what he meant, but then you can’t really expect much out of someone dumb enough to choose a Confederate flag for his Twitter icon.

Oh, well, as another friend of mine put it:

(H/T to Scott Greenfield, for suggesting the song.)