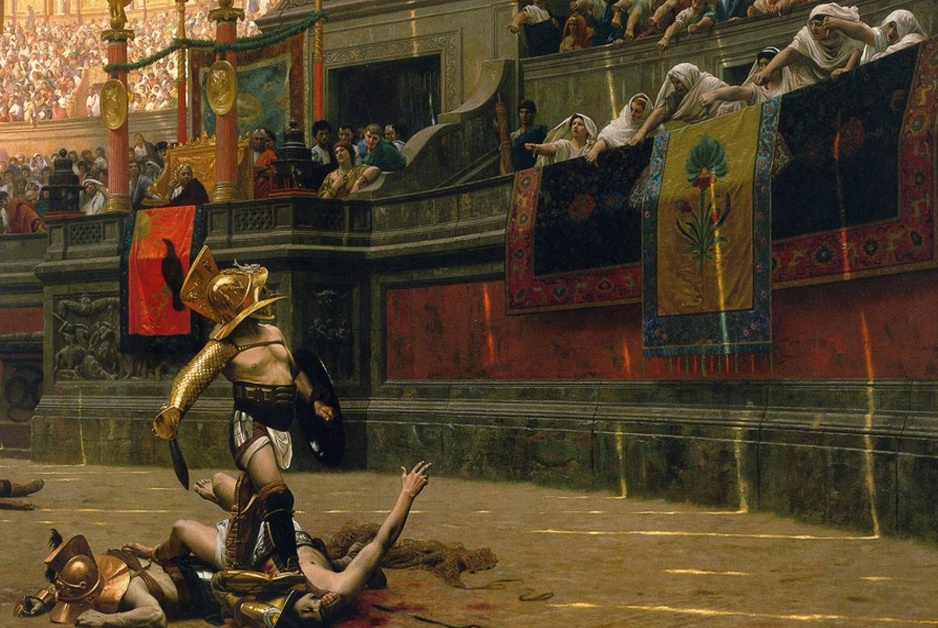 As I begin my reading of the Third Edition of Real and Demonstrative Evidence by Ronald J. Rychlak–yeah, I’m one of those “old school” dogs who likes to keep improving my legal skills through study–I do not make it far before I want to break down in tears.

Because I’m also one of that class of criminal defense lawyers maligned as “true believers.” Eric Schweitzer may approve. I doubt Scott Greenfield does, at least on that point. (I have heard him, too, malign “true believers,” although, I frankly see him too is a true believer. So maybe I’m wrong. Or maybe I just don’t know Scott.)

Not long ago, at least from a historical perspective, it was expected that lawyers would present long intricate arguments that may have lasted for several days. Even if there were no court-imposed time limits, such long presentations would almost certainly bring about bad results today. Jurors have changed. It may be that television has shortened the attention span of the average person, but whatever the cause, effective litigators have learned to modify their presentations. Jurors today expect brief, concise, and crisp arguments. They also expect excitement. This is where real and demonstrative evidence comes into play.

Because the Age of Aquarius has (as one might expect) been followed by the Declining Decades of Dementia, and the aged hippie generation is largely raising the Millenials (Generations X, Y, and Z being so unable to care for themselves, let alone their children, and so inconsequential as to not even have real names, only the last unwanted letters of the aleph-bet), what we have is a society incapable of deep thought, merely reacting like a school of sardines to every perceived threat, and allowing the currents of their feelz to carry them wherever the feelz will flow.

When not skittering about in fear, these pitiable pilchards are constantly being distracted by their larger red cousins. Any real thinking fries their vapid little brains.

The truly ironic aspect of their eternal quest for excitement is that any thing outside of themselves will do. And every such thing carries equal weight. Did you insult one of them? Did someone actually rape one of them? [1]I’m using the old definition of rape here. I’m not talking about staring at their breasts from across the room. Did you offer an oppositional argument on the Twitters? Did you kidnap their child, and almost kill her? Did you pass them on the freeway?

These things are all of equal import to them. Such is the fall-out of having been raised by the Aquarians and taught to like nothing so much as consuming deepities. [2]The term was apparently coined by philosopher Daniel Dennett. He explains it part-way through this video.

It is also the sort of place where rank speculation, coupled with bigotry, passes for critical thinking. So we get a shooting at a gay bar in Orlando, by a man born in the United States but alleged to have embraced a radicalized version of the Muslim religion, and this serves as proof that we need to prevent Muslims from entering the United States. [3]To anyone who wants to argue it would have prevented his parents from entering, how far back will we go with our ban? Will we deport any Muslim who arrived here in the last 30 years? 40 years? 200 years? Will we deport people who abandoned the Muslim religion after arriving? Or only those who continued to adhere to the Muslim faith? What will we do with people who became Muslims after they arrived? Arguments to rid the United States of Muslims are pointless, pathetic, and bigoted.

Those same critical thinkers say it is impossible that one shooter killed 50 people by himself. Must be a police, or government cover-up. Because it’s just “not that easy” to hit a human target. This matters to the conspiracy-theorists because they want to argue that ISIS is here! ISIS is here! It’s time for feelz to sweep us away!

But this video (linked here in case it doesn’t show up below) would seem to me to show people pretty well crammed together in a way that should make it fairly easy to just start shooting, and take down a lot of folk. It might be true that you would have a hard time hitting one running person out in the open–though gang members are alleged to be able to do it from moving cars often enough–but this is a crowd, in an enclosed space. The shooter didn’t need to aim at specific people: just point at the crowd, and start shooting.

[Note: there was a video here. Apparently CNN removed it. Assholes.]

But let’s go back to the guesswork that started with allegations of a determined terrorist driven by religion. I have no idea, actually, if the shooter was a dedicated, organized, religious person, and driven by perversions of the Muslim belief. What I do know is that a number of people were tossing out the idea that this was the case.

And then some guy pops in with, “well, his wife said he was a wife-beater with a short fuse who liked to work out and wasn’t religious.” The wife notes that he appeared to be bipolar, and prone to violence. [4]Not everyone who is bipolar is prone to violence. In fact, bipolar persons, and others with mental illnesses, are more likely to be victims than perpetrators of violence. How does a New ‘Murcan respond to this bit of news? “ISIS has a skill for” attracting those types.

It is no wonder that this is a world where facts are irrelevant. Give me a set of facts, and I’ll build you a good story from them. Tell me those facts were wrong–I got it backwards–no problem! I’ve got another story that will allow me to hold to my position, using the new “facts.” They aren’t really facts, anyway, they’re just plot points in the made-up fabric of my fantasy life that allows me to avoid all cognitive dissonance by the simple expedient of not ever making myself think.

As a criminal defense attorney, this drives me crazy.

Ladies, and gentlemen, of the jury, I’d like to show you some eviden–

Evidence, schmehvidence! We made up our minds before you finished swearing us in!

As a human being, though, it scares the ever-loving shit out of me. We need wise leaders to guide the United States through the coming decades, maybe one who will help us finally end a lifetime of war? 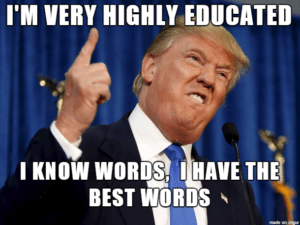 He knows words, alright. He knows the right words to appeal to the ignorant asses. He’s turned our presidential campaign into a Colosseum, filled with word-warriors who are ready to morph into real warriors, out for blood. Given the chance–and it’s beginning to look very much like he will be given the chance–he will bring this country to its knees. The United States will cease to be a world power. On a positive note, that means we will also cease to be a threat to others.

But given what ‘Murcans like, I can end this otherwise sad post on another positive note: our end will likely be short, and exciting.