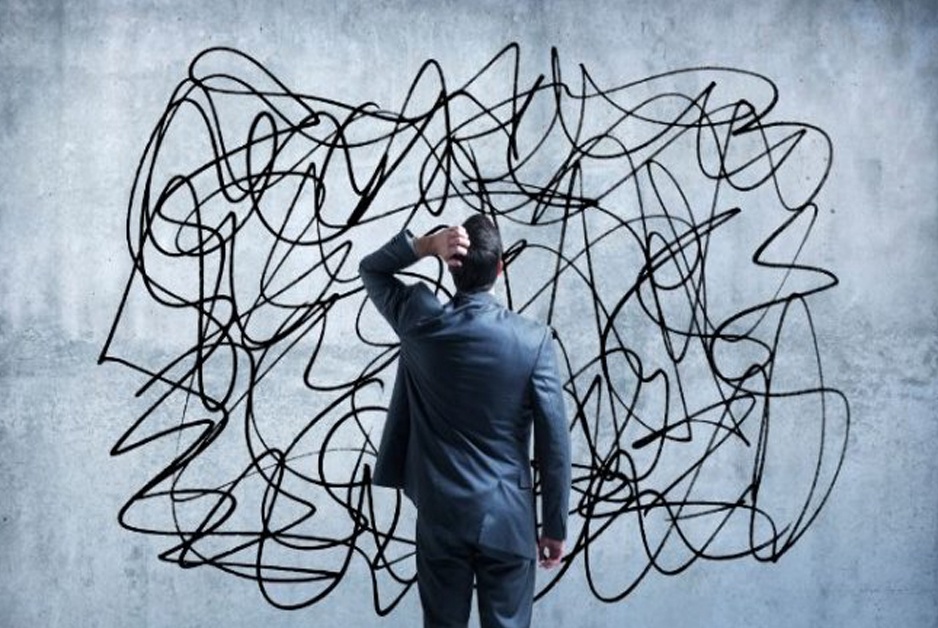 Complexity, Simplicity, and the Quest for Perfection

Okay. I don’t know how this is going to turn out, but some days ago, I promised that I would elucidate my comment about complexity, simplicity, and the quest for perfection.  At the time, I alluded to its being connected with how I became a criminal defense lawyer, which is what the post from the other day ended up being about.

These three concepts are at the core of the problem with our modern system of jurisprudence.  They aren’t alone in constituting that core — but, then, that actually just reinforces the point of one of them: Complexity.

Still, if we could get a grip on the proper balance of these three concepts, we’d go a long way towards improving our system.  We might even begin, again, to understand the meaning of Freedom.  Maybe even Justice.

UPDATE September 22, 2020: Somehow, the stories about Lori Drew linked in this post keep disappearing. I occasionally replace them with working stories, and then those disappear. So, I’m no longer going to worry about finding new links. The post I wrote had numerous links for each fact I cited when I wrote it originally. Now it will just end up being a post that has lost a lot of the citations.

That’s a pretty bold claim.  I’m going to disappoint not a few people because I’m not going to back it up to everyone’s satisfaction.  This is, after all, a blog; I’m doubtful you came here to read the tome I would have to write to dig very deeply into these issues.  For those who already think like I do, the concepts and even their interaction will not be controversial.  Maybe even those who do not share my thinking won’t find them so; they will merely disagree with my thesis that they are core to the undermining of Freedom and Justice and will think the only problem right now is that we still have a ways to go in the quest for perfection.

My central point is that our rules, our laws, our cases, by their very nature aim for some kind of simplicity.  What is wanted is a set of laws simple enough to understand and simple enough to apply, or use.  If the rules are not simple to understand, they will not serve to deter proscribed behavior because people won’t readily know what is proscribed.  Not being simple to apply, they will also create difficulties with prosecution, being subject both to the same difficulty — that people, including jurors, won’t readily know what is proscribed — and to abuse, from prosecutors who try to stretch them to cover all manner of circumstances for which they were not originally intended.

One example of this type of abuse is the 2008 case of Lori Drew, who was accused of creating a fake Facebook page which, according to the allegations, ultimately resulted in the suicide of 13-year-old Megan Meier.  As Harvard Law professor John Palfrey noted,

I think the danger of applying a statute in this way is that it could have unintended consequences.  […] An application of a general statute like this might result in chilling a great deal of online speech and other freedom.

The statute Lori Drew was accused of violating, the crime she was accused of committing, was not really appropriately applied to her actual behavior.  Trying to make it apply, if it was ultimately successful, would put people on notice that they, too, risked conviction under this law for things they might say online, even though they intended no crime.

Another example, closer to where I practice criminal defense in Fresno, California, is the arrest and filing of charges against a woman who, in a fit of anger with her soon-to-be-ex-husband, scratched the car he drove.  The woman, a Fresno city fire inspector, had no idea that scratching a car for which she was one of the listed owners (Update 9/26/2016: link broken) was a crime.  Sure, it would upset her husband (which is what she intended), but a person is not normally charged with a crime for damaging property she owns (which is probably why she didn’t think twice about doing it).  Her husband, a police officer, thought differently, as did his friends in the District Attorney’s Office: she was charged with a felony.  Police Chief Jerry Dyer stated,

Our investigation has revealed the charge of felony vandalism was the appropriate charge and is consistent with state law.  This charge was changed to the charge of misdemeanor vandalism at the preliminary hearing.

The charges were ultimately dismissed, but that doesn’t change the fact that Fresno’s police chief thought the charges were appropriate.  It was “consistent” with state law; meaning it was arguably possible to say that the elements of the crime one would have to prove to get a conviction could have been proven.  Granted, it’s idiocy to charge a woman — particularly with a felony — for damaging property for which she is listed as part-owner, but you could theoretically make the charge stick.

Such misapplication of the laws is increasingly common in a world where people in power have little regard for the principles of law, particularly when it gets in the way of what they want to do.  Combine this with the growing tendency of those in authority to arrest people simply for thinking they were citizens or visitors of a free country, and you’ve got a nightmare.

One of the things that makes it easier for these types of abuses to happen is this:  The world is a complex place, but our laws strive for simplicity and perfection.  We don’t want laws that are complicated by a large number of exceptions, even if those exceptions originate in common sense.  We want laws that say, “no weapons on school grounds,” and mistakenly believe that by taking away discretion we will stave off abuse.  After all, we think, if we allow some lower-, mid-, or even high-level individual to make exceptions, they might abuse this discretion and apply the law only to people they don’t like.  So “no weapons on school grounds” results in 6-year-old proud Cub Scouts being ordered to 45-days of reform school. And the only way to fix that is an emergency session of the school board.

We don’t want judges to judge, so Three Strikes laws ensure that a person stealing a few videotapes will get life in prison.  And, so far, nothing will fix that.

Three Strikes, of course, wasn’t born only out of a desire for simplicity.  The other prong, arguably more important, is perfection.  As Richard A. Gardner, M.D., discussing this problem in the context of accusations of child sex abuse, states,

A central cornerstone of our constitutional system is the principle that a man is innocent until proven guilty.  This is often stated as the dictum, “Rather 10 (or 100 or 1,000) guilty men go free than one innocent man be falsely convicted of a crime he did not commit.”  […] These traditional constitutional safeguards are now being ignored.  Rather, judges now subscribe to the philosophy, “I’d rather be on the safe side,” and find defendants guilty with minimal evidence, even “evidence” provided by a three-year-old child who has been unrelentlessly programmed by her vengeful divorced mother to allege that she was sexually abused by her father.  One judge said to me, “If there is a scintilla of evidence that this man sexually abused this child, I will send him to jail for as many years as the law will allow.”  (Richard A. Gardner, M.D., True and False Accusations of Child Sex Abuse (1992) p. xxxii.)

The law should not allow — theoretically, it does not allow — anyone to be sent to jail on a scintilla of evidence.  The accusations of children with no other evidence at all should not result in a man dying in prison.  Yes, some accusations — and I’m not meaning to focus on child sex abuse here; it just happens I found the quote above while reading about it — are true; some are not.  Separating the friends of Doctorow from the Desperados is no easy task.  One size does not fit all.  Real judging and fact-finding involve complexity and with complexity comes the possibility of making mistakes.

So what can we do about this?  How do we fix things?  The most disappointing aspect of this article is that I have to end by telling you that I don’t really know.  I know what I did about it: I gave up the idea of becoming a technology law attorney and became a criminal defense attorney.  We need people, I thought, to stand up against the insanity.  We need people to point out what I’m trying to point out in this article.  We need people who will work to turn things back, to remind us of the foundational principles that have been proven — over centuries of experimentation — to be necessary for anything remotely resembling real justice.

I know I’m not the only person trying to do this, although there are times when it feels that way.  But when I realized just how far wrong things had gone and how many people it would take to fix things, I knew this much: One of those people had to be me.