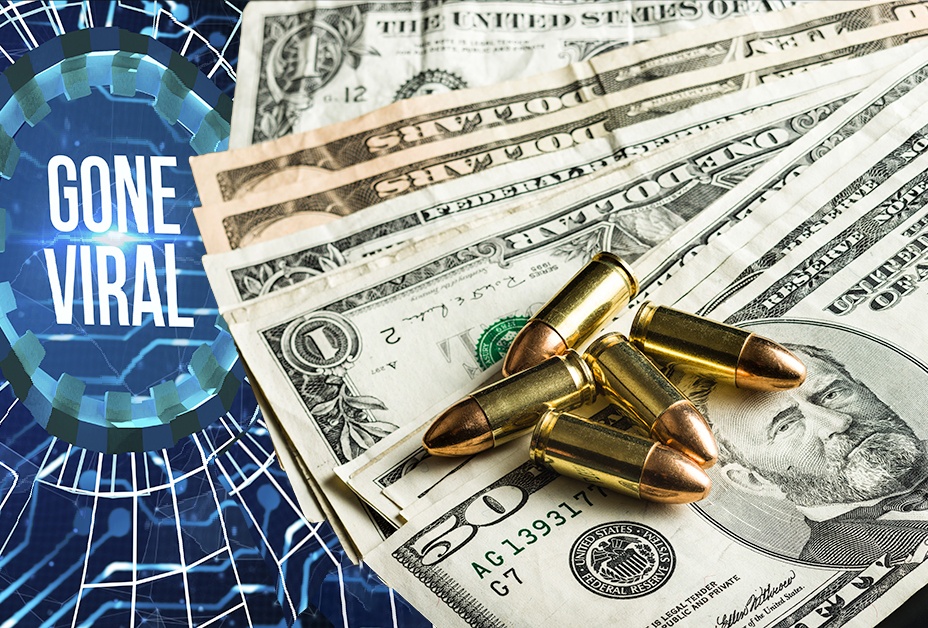 And Takes Over the Capitol

UPDATE: A Capitol police officer has died as a result of the insurrectcionists’ activities. This alters whether justifiable force was used on Ashli Babbitt. (See below.)

When I first heard of GoFundMe, I thought about how to use it to raise legal defense fees. Ultimately, I felt an attorney soliciting donations might run afoul of the ethics rules, though, of course, there’s nothing to stop a private individual from trying it. It seems to work best, though, when the crime goes viral.

Most of the people I defend are, like Kyle Rittenhouse, unable to pay for their own defense.

Unlike Rittenhouse, my clients are not often white, and pretty much never go to protests armed with an assault weapon to assault people who are protesting in ways with which they disagree.

Rittenhouse has a few other things none of my clients ever have. He has a large group of people willing to support him for what they believe he did, or even for what he actually did.

Maybe especially for what he actually did.

And, thanks to their willingness to put their money where their mouths are, he has a website to promote his view of what happened, and to raise more money for his living expenses, and defense.

The mob usually targets my clients, instead of supporting them.

But, then, my clients are more likely to support Black Lives Matter than to go after those who do with an AR-15.

My clients are less-often white, which is usually at least part of how they end up as clients. They’re more often the target of those folk supporting Rittenhouse than beneficiaries.

If this distinction doesn’t clarify for you the difference widespread racism in America makes for each of us, yesterday’s white supremacist insurrection should have.

Some white people, fed up with the fact that more than half of the rest of us oppose the reinvigoration of the Confederacy, and spurred on by no less than the Second Confederate President himself, physically attacked Congress. At times, Capitol police officers seemed to welcome the insurrectionists, and even posed for selfies with them.

(There is an argument that failure trickled down from above. The officers did not welcome the insurrectionists. They were simply outnumbered. The buddy-buddy treatment, including the selfies, could be a result of their being outnumbered, though I still think armed officers would handle a black crowd differently.)

What a difference from the treatment given to black people, and their supporters, who protested against police officers killing people.

When people fed up with police officers murdering blacks in cold blood protest, and some riot, Trump threatens to invoke the Insurrection Act, and unleash the military on them. Yet when some white people and the Loser-in-Chief can’t handle that he lost, Trump foments an act of insurrection.

And Trump’s mostly-white base showed just how base they actually are, by storming the Capitol Building.

Don’t Shoot If You See the White of Their Skin

As already mentioned, the police officers, for their part, at times appeared to invite the insurrectionists in. They allegedly moved barriers. At least one officer posed for a selfie with one of the invaders.

I don’t need to tell you that police officers don’t treat people protesting the murders of unarmed blacks that way.

As Derrick Johnson, president of the national NAACP noted:

An Amnesty International report comprised of information gathered from around the nation during protests against murderous cops said:

Law enforcement repeatedly used physical force, chemical irritants such as tear gas and pepper spray, and kinetic impact projectiles as a first resort tactic against peaceful protestors rather than as a response to any sort of actual threat or violence.

Even the preparations differed.

Law enforcement officials across the country expressed shock over the chaos at the U.S. Capitol on Wednesday, with some saying police were “entirely unprepared” and others calling the response “embarrassing.”

And, of course, you had armed self-styled “militia,” kindred spirits of our aforementioned Rittenhouse, ready to aid in the killing, who simultaneously surrounded state capitols.

And almost 100% of them remained welcome, and safe, because they were white, and were not protesting cops who murder people.

That’s not to say the police were totally restrained. During the initial invasion, a Capitol police officer shot one insurrectionist. The woman’s name was Ashli Babbitt.

Mrs. Babbitt was 35 years old. She was an Air Force veteran of 14 years, who had served several tours of duty in America’s never-ending wars. She drank the Trump-inspired QAnon KoolAid. I can’t help but wonder if she was driven by PTSD.

And despite the fact that she brought this on herself, I feel nothing but sadness over her unnecessary death.

The officer, per standard procedures, has been placed on leave. But, though Mrs. Babbitt was unarmed, I cannot really blame the officer for firing on her.

While Sullivan said Babbitt was “not violent” and shouldn’t have died, Rep. Markwayne Mullin (R-OK), who was inside the chamber at the time, said the police lieutenant “didn’t have a choice” but to shoot once the window was breached.

“The mob was going to come through the door, there was a lot of members and staff that were in danger at the time. And when he [drew] his weapon, that’s a decision that’s very hard for anyone to make and, once you draw your weapon like that, you have to defend yourself with deadly force,” he told Good Morning America on Thursday.

— Pilar Melendez, William Bredderman, Blake Montgomery, “‘Didn’t Have a Choice’: Vet Was Climbing Through Broken Window When She Was Shot Dead” (January 7, 2021)

Trump is responsible for the unnecessary necessary spilling of Mrs. Babbitt’s blood.

The tone at Trump’s rally before the riot was combative, as the president told the crowd: “You’ll never take back our country with weakness. You have to show strength and you have to be strong.” Rudy Giuliani, Trump’s confidante and increasingly beleagured lawyer, had earlier demanded “trial by combat” over the election results, further stoking the crowd.

So far, the worst that looks to come of Trump’s inciting insurrection is a (temporary?) social media ban.

I started this post on the concept that crime pays, if you’re white. You might think I took a little side jag there to discuss Trump’s treachery.

The Trump “Presidency” intimately connects both with the idea that crime pays for white people, and with racism. Trump’s election could never have happened, were it not for the fact that Americans twice elected Barack Obama as President.

Trump says the same thing, but for a different reason — as usual, fabricating a net of lies:

President Donald Trump responded Tuesday morning to former first lady Michelle Obama’s forceful rebuke of his character and leadership, claiming that he would not even have been elected to the White House were it not for what he said are failings of her husband’s administration.

But there’s a reason confederate flags show up so frequently at Trump rallies, and played a part in the attempted coup yesterday. Never before — not even during the official Civil War — did that flag enter the Capitol Building.

As Michael Tesler writes in his book,

Mass politics had become more polarized by racial attitudes since Barack Obama’s rise to prominence. That is, the election of President Obama helped usher in a “most-racial” political era where racially liberal and racially conservative Americans were more divided over a whole host of political positions than they had been in modern times.

— Michael Tesler, “Post-Racial or Most-Racial?: Race and Politics in the Obama Era” (2016)

Moreover — and directly to the point with which I started — Trump instructed federal officials to propagandize on behalf of Rittenhouse. Trump himself provided support, including on Twitter, for Rittenhouse.

And, though his ardent supporters deny it, Trump’s mob boss mentality, which has so damaged the United States, has also made him a lot of money. Nor did Trump’s white-collar criminal activities only begin once he became President.

Of course, unless you’re a white-collar criminal — which usually also requires a white skin under the collar — Trump’s Presidency hasn’t profited you.

Unless, of course, you figure a way to do something that Trump’s base base appreciates. This will be morally reprehensible, to be sure — if not downright illegal.

But it’s almost guaranteed to make your crime go viral.