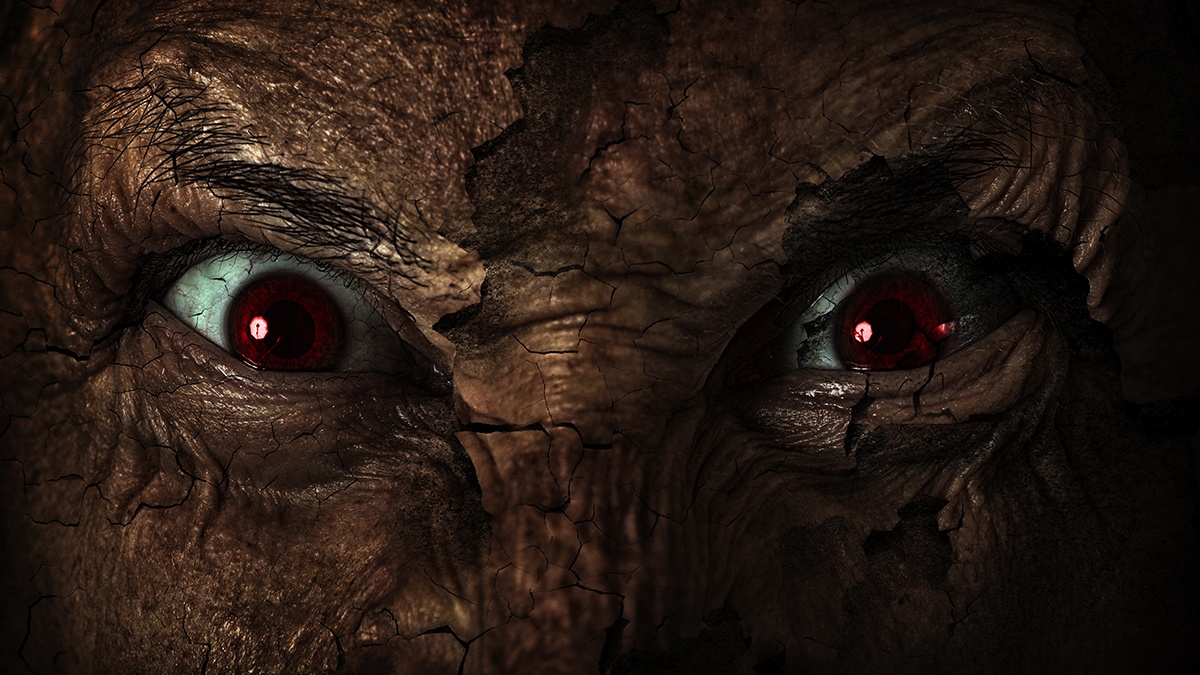 The Presumption of Innocence is a Joke

Without an ounce of self-recognition, the right howls at Biden’s a priori decision to nominate a black woman to the Supreme Court.

Several Senate Republicans have told CNN they disagreed with the President’s decision to name a Black woman to the court rather than judging a nominee squarely on their credentials, even though Ronald Reagan and Trump both said they’d name a female justice to the Supreme Court when they were on the campaign trail.

Is it that Biden promised SCOTUS a woman? Or that he promised a black woman? Or is it just politics as usual?

I don’t know why Republicans really oppose Jackson. It could be the racism that is endemic to their party.

But, it could just be politics. After all, as Judge Paul Leahy once noted,

A judge is a lawyer who is a politician who has a friend.

“Justice” Roberts’ comments to the contrary are just bald-faced lies that I doubt even he believes. Nor does it matter how many “justices” or judges join his assessment, if you have ears or eyeballs, you know the truth.

Although it’s hard to know, I’m willing to give Republicans the benefit of the doubt: their opposition here stinks more of politics than of their inbred abject racism. Politicians understand that “justices” and judges appointed by Democrats are different from those appointed by Republicans.

Furthermore, the Republicans are also going after a white female nominee, claiming that her work as a demonic defense attorney on the Innocence Project is responsible for the rise in crime.

(Thankfully, despite my record number of dismissals — including two in the last two weeks — I had nothing to do with it.)

Thus, this seems more like politics as usual. For one, Republicans have to hate whomever is appointed by Biden. And, secondly, demonic defense attorneys.

This is not to say that all “justices” or judges decide legal issues based on their own politics.

The false dichotomies of contemporary discourse now necessitate saying this any time one talks about a collocation of concepts, a class of whatsits, or a clan colony.

But maybe we can avoid the #NotAll hashtag when it comes to Klan colonies.

Unless you ask Trump.

Trump aside, it should go without saying that almost the only absolute is that pretty much anyone who believes in absolutes is wrong.

And even that, as the Klan colony example shows, is probably not absolute.

Despite the zeitgeist which abandons nuance and intelligent discourse, I will not succumb to the belief that all “justices” or judges put their own views above their duties. It’s a rebuttal presumption.

It is, however, a valid presumption.

For starters, the judiciary — that is, judges and “justices” — are overwhelmingly drawn from the ranks of the prosecution. The demonic defense is barely welcome before the bench; a defense mindset is most certainly not welcome on the bench.

The demonization of the defense may be most acute amongst Republicans. If there is one thing the Law & Order crowd hates, it’s Law, and Order.

In any event, while the Supreme Court itself has become increasingly partisan, the failure to appoint defenders to the judiciary is bipartisan.

Not to be confused with bisexuals, which Republicans also hate, except when they need one. (Let’s face it: the Republican Party is primarily made up of married incels. That’s why they’re always off screwing their interns and campaign workers irrespective of gender.)

Annnnn-y-way, a 2015 report from the Alliance for Justice noted,

— Casey Tolan, “Why public defenders are less likely to become judges—and why that matters” (March 18, 2016)

Or, to put it in the words of the conservative Cato Institute, “There Are Way Too Many Prosecutors in the Federal Judiciary.” But Presidents from both parties appointed those prosecutors.

And, as a result of this decades-long trend,

The federal courts have largely become peopled with lawyers who are former prosecutors, which has entirely skewed the lens through which the law is seen.

— Damon Root, “Biden Should Nominate Judges Who Battled the Government in Court” (April 2021)

The Times May Be A-Changin’

With apologies to Bob Dylan, the times may be a-changin’.

A couple of Business Insider writers said in 2020,

We are finally recognizing that prosecutors and corporate lawyers aren’t champions of liberty.

— Brendon Woods and Emily Galvin Almanza, “Prosecutors have dominated the bench for too long. We need more public defenders to become judges” (December 27, 2020)

[T]here is one glimmer of hope on the courtroom front. The Biden team is looking to bring some much-needed professional diversity to the federal bench.

— Damon Root, “Biden Should Nominate Judges Who Battled the Government in Court” (April 2021)

The article points out that White House Counsel Dana Remus and the Cato Institute, among others, agree that the historical imbalance on the federal bench needs to be addressed.

Biden himself contributed to the demonization of the defense, of course. But he seems to have come around to the idea of reforming the bench to be more “diverse.” And not only when it comes to issues of race, but also to appointing more lawyers with defense experience to the bench.

While Biden’s recognition of the oversaturation of the bench with prosecutors is admirable, simply appointing defense attorneys — even seemingly selfless public defenders — won’t necessarily solve the problem.

— Brendon Woods and Emily Galvin Almanza, “Prosecutors have dominated the bench for too long. We need more public defenders to become judges” (December 27, 2020)

I can say from my own experience that some of the worst judges I’ve appeared before had extensive experience on the demonic defense team. I’m not going to name them — and not just because one of them sits on an appellate court where I sometimes have to appear, and a few of them sit in trial courts where I have to appear — it’s just because, as you can tell by my writings, I’m “discreet.”

Many of the ones I’ve known were alleged to have been “good” defense lawyers, those with a reputation for really fighting for their clients. My own experience tells me that they were sloppy, building cases on emotion rather than law, and they carry that sloppiness with them when they join the judiciary.

Some defense attorneys start out as decent judges. Then one or more of their rulings go against the prosecution. In an honest judiciary, this makes sense: the Constitution and the Rule of Law means that people have rights. And sometimes people commit crimes.

But they still have rights.

In those cases, the prosecution is more often demonic than the defense.

Good judges will perform exorcisms and fight demonic tendencies regardless of whence they come, or which team the judge previously fought for. Again, we refer to this as the Rule of Law.

Yet, in a sense, we miss the point a little bit when we argue that our problem is “too many prosecutors on the bench.”

As I alluded to above, the problem is the prosecutorial mindset, not the historical fact that a given judge once worked as a prosecutor.

Prosecutors are deliberately trained in the prosecutorial mindset. But it is a sad truth that not all those whom we defenders defend are innocent (or even overcharged). Thus, defense attorneys sometimes adopt the prosecutorial mindset through repeated exposure to criminal defendants. It truly takes a special kind of mind to continue to see our clients as human beings despite this.

And, yet, in that same allusion made above, I noted that one’s mindset is (at least partly) determined by the environment. Spend enough years thinking and advocating as a prosecutor, and changing clothes — putting on a black robe — isn’t going to miraculously transform you into an unbiased and fair judicial officer.

The black robe in that situation is like putting lipstick on a pig. You’re still a prosecutor. It’s just that now you’re a prosecutor in a black robe.

The Rule of Law, or of Individual Judges?

But how did we get to this point? Why does the prosecutorial mindset take over, even when formerly-demonic defense attorneys are “elevated” to the bench.

Believe it or not, it goes back to something Benjamin Franklin allegedly said when asked what kind of government was proposed by the Constitutional Convention.

A republic, if you can keep it.

— Gillian Brockell, “‘A republic, if you can keep it’: Did Ben Franklin really say Impeachment Day’s favorite quote?” (December 18, 2019)

The United States was founded on the idea of the Rule of Law, and not the Rule of Man People. The law is not supposed to change depending on who is in power, or who is sitting in the judge’s seat. This is why one of the original demonic American defense lawyers — and future President of the United States — John Adams, could defend British soldiers who shot and killed American patriots. When an historian was asked why Adams did it, the historian replied:

I think he truly appreciated the law. I think he had a real love for the law and the primacy of the law. Others may have had more rhetorical flair, but when it came to laying out the facts of the case, particularly in a difficult case, Adams was incredibly smart and effective. Part of what made him effective may have been his lack of pizazz—because he was simply credible as a student of the law.

The Law. The Rule of Law. This is what matters. Or should matter.

Yet today, increasingly, we actually advocate for the infusion of politics into our courts. When we don’t achieve the politically-motivated outcome we want — rather than an outcome driven by our legal principles surrounding the presumption of innocence, or (egads!) justice — we vote our “justices” or judges out of office.

Despite this, justices and judges need to search themselves, to purge their decisions both of politics, and the belief that defense attorneys are demonic, or that we fight for the “wrong” side.

The police do not always arrest the right person. Sometimes, they get it wrong. When they do, people sometimes spent years…decades…their entire remaining lives…trapped in prison. Despite being innocent.

And sometimes, though innocent, they die there.

Imagine if that were you.

Nor do we win because of our demonic defense powers. I have had two hard-fought cases dismissed this month, where I believe people were falsely accused, and the prosecutors ultimate reasons for dismissal were “insufficient evidence.”

It happens more than you know.

But most of you won’t stop believing my work as a defense lawyer makes me a demon.

Until you need me.