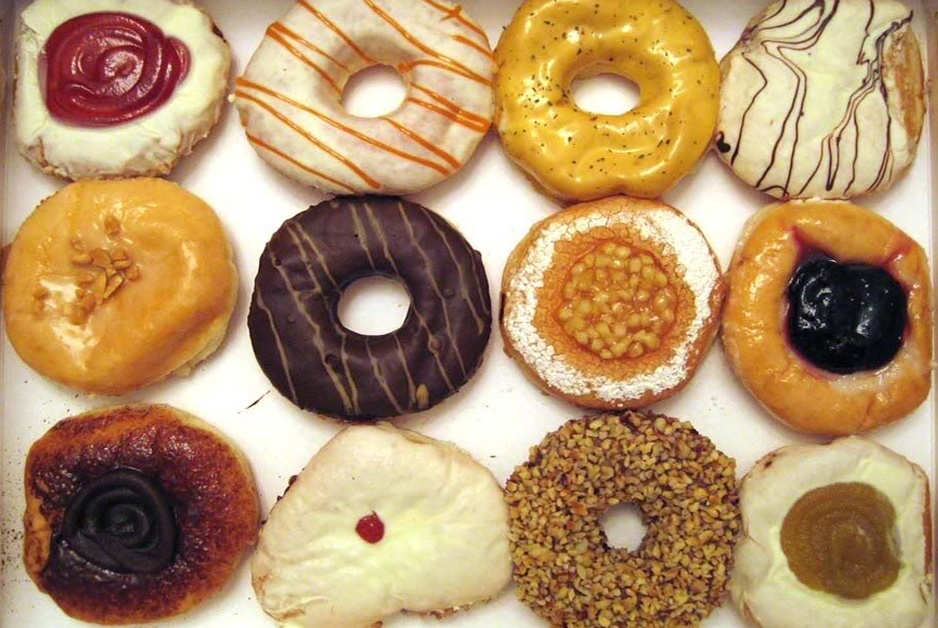 Don’t Blame It On The Donuts

There are just people. Period.

And we are all capable of ugly.

At best some of us are more ugly than others, more of the time. But the truth is that if you really stop, and look, there’s a little bit of ugly showing through in all of us, all the time.

A Powhatan County Sheriffs Office deputy was forced to use a taser on a disruptive student today, March 13, at Powhatan Junior High School.

That’s right. Someone held a gun to the head of a Powhatan County (Virginia) Sheriff’s Deputy, and ordered him t–

Wait. That’s not exactly how it happened.

What actually happened is that an eighth-grade student was being disruptive in the cafeteria. This is something which has never happened in the history of the world – and thank G0d tasers exist in our time, because if this had happened in previous decades, who knows what could have happened. I mean, it might have actually taken a few more minutes, and a little bit of intelligence, to force that child into submission.

Lucky for the little bastard he isn’t living in Fresno County. We know how to deal with 14-year-olds. (Hint: Sociopaths ship them off to adult court so that we can avoid having to rehabilitate them, and can potentially lock them in prison for life. Warehousing is cheaper than–oh, crap. That’s not true, either. So I guess it’s just, “sociopaths.” And, by the way, if your juvenile is in trouble, I know how to help.)

Now, I’m not really going to be able to tell you how it came to be that a 14-year-old boy was electrocuted for “being disruptive,” because I don’t really know what happened. You won’t know, either, if you search the interwebz and read whatever stories you can find about it, because other than what I’ve already told you,

No further information will be released at this time.

Or so said the newspaper.

Because newspapers are like that these days. They’re all about the non-release of further information at this time.

Kinda reads like a law enforcement press release, doesn’t it? Which might explain why we’re told that the officer – a “27-year veteran officer,” just in case you were inclined to question the officer’s “training and experience,” and think there’s never justification for electrocuting a 14-year-old child into submission – anyway, this might explain why the officer was “forced” to tase the child.

But you wouldn’t think that way, anyhow, would you? Chris Parks, whose child is in the pool of potential electrocutees wouldn’t, either. From another story not explaining the situation:

Parks said he hoped the charges and officer’ [sic] actions were justified.

“I can’t see them making a decision that would be so egregious to where it doesn’t make sense,” Parks explained.

I can’t see that, either. Maybe the officer was white, and the boy was black. That might make sense, right? Or maybe the boy was a terrorist with a nuclear bomb in his backpack, and was trying to get to the trigger.

But don’t any of you worry yourselves about it, that boy was professionally electrocuted. They didn’t just “tase” him: he was electrocuted with a “conductive electrical weapon.” By a 27-year veteran officer. All nice and proper.

The student was attempting to flee the office area and due to his violent behavior and repeated defiance of the officer’s commands the SRO used his conductive electrical weapon to subdue the student.

Blame it on the donuts.

Ok, this is all very entertaining, but what does this have to do with the opening paragraph of this blog article?

Aside from the obvious fat fuck of a 27-year-veteran cop who, despite all his “training and experience,” couldn’t bring it upon himself to subdue a disruptive child without electrocuting him, we have Chris Parks.

I’m not going to pick on Mr. Parks, really, because for one thing, I don’t know Mr. Parks. He might be a fine human being, most of the time. Mr. Parks is just a stand-in for a whole bunch of other people, who “hope” the charges and the officer’s actions were justified. Because, all donuts aside, some whole bunch of people these days really do seem to believe that there’s a proper time to electrocute a child into submission.

What I’m not sure about is whether they feel this way about all disruptive children, or just those who were born to someone else. I strongly suspect the latter. Having been a criminal defense attorney for what seems like far too many years to me – my brain is becoming overloaded with the amount of violence we condone from those in authority – the one constant I’ve found, aside from the aforementioned tolerance for the violent subjugation of other people, is how offended people who normally don’t run into problems with law enforcement are, when they finally have a problem with a law enforcement officer.

Maybe that’s why we in the United States used to follow the concept of “due process of law,” rather than “shoot on sight,” whenever police officers – whether 27-year veteran officers, or not – encountered another human being while doing their jobs?

It’s time to wake up and smell the…well, smell the donuts, America. Something has gone awry (Edit 3/21/2017: YouTube video has vanished; link removed.) with Scalia’s modern police force. And the “awry-ness” extends into our schools, where your children are supposed to be learning. Police officers may have decided not to keep grenade launchers on campus, but this doesn’t mean they can’t cause serious damage to our children.

And you who are okay with this? That’s where the ugly comes in. You may be good people in other areas of your life. You might believe that what you’re doing, and what you condone, is somehow for the greater good. But when children are being routinely handcuffed, electrocuted, and having their heads busted open, or just being strangled – sometimes into unconsciousness – and you’re okay with all that? You want to blame the children? There’s just one word for what you really are.

And you can’t blame that on the donuts, either.