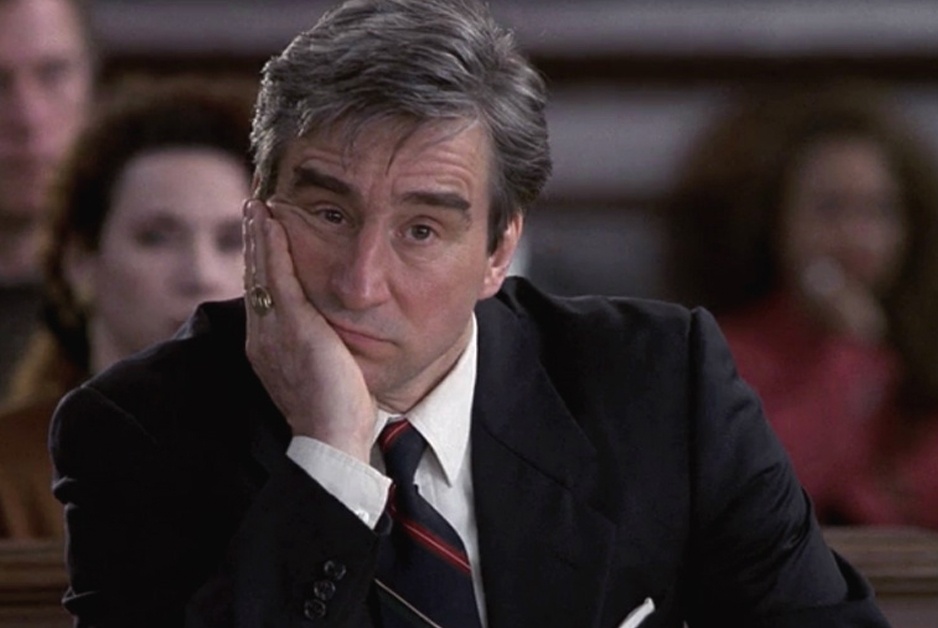 I suppose by now I should realize that one reason everyone hates lawyers is that they think them largely unnecessary. These days, everyone’s a lawyer. Like doctors and pilots. I mean, anyone can remove their own appendix or fly themselves across the country, right?  And lots of people — at least 50 to 60% of U.S. adults — can read.  So who needs lawyers when they can read the law for themselves?

Thankfully, Ray McEdward of Madera provides a shining example that being able to read does not a lawyer make.

Earlier this month, I wrote about Arizona’s law ostensibly aimed at indocumentados, the less-offensive term for people in the United States without papers, or the legal right to be here.  Since then, a number of people have stopped by to misunderstand the post and drop their own asinine comments.  Some of them are just stupid; others are bigots.

No, that’s not necessarily redundant.  The categories frequently overlap, but being a citizen of the State of Stupid does not bestow automatic dual-citizenship rights in the Republic of Bigotry.  Or vice versa.

Nor have I ever claimed that wishing to do something about people present in the United States without proper authority makes one a member of either group.  A person can believe in immigration laws and wish to see them enforced without being stupid, without being a bigot.  It’s just that overlap thing again.

And I think McEdward’s letter provides a perfect example of how and why discussions on this issue have been problematic.

I don’t know McEdward.  Never met him.  Don’t know if I’d like or dislike him if I ever did meet him.  So I’m not saying he’s part of any of the groups I’ve discussed above.

Although I strongly suspect he’s not an indocumentado.

What I do know about McEdward is that he wrote a Letter to the Editor of the Fresno Bee, which was published today.  The letter appears to berate those who have criticized Arizona’s law by pointing out — incorrectly — that California has a similar law on the books.

With all the attention being focused on Arizona and its recent legislation, I wonder how many Californians are aware of section 834(b) [sic] of the California penal Code. (Ray McEdward, “Violating California law?” in Letters to the Editor (May 28, 2010) The Fresno Bee, B4, col. 5.)

Not to make too much of it, but there being no such section, I think Mr. McEdward is referring to California Penal Code section 834b.  This is not an uncommon mistake, though: I not infrequently demur to Complaints filed in criminal court by prosecutors who can’t read, either.  And prosecutors are allegedly real attorneys.

Less forgivable, however, is the failure to understand the text of 834b, and then to write as if the section states something which it clearly does not.  Subsection (a) of Penal Code section 834b, for example, clearly delimits the scope of the entire “lengthy” code section:

Every law enforcement agency in California shall fully cooperate with the United States Immigration and Naturalization Service regarding any person who is arrested if he or she is suspected of being present in the United States in violation of federal immigration laws.

Here — at least as to interpreting McEdward’s letter — things get a little dicey.  He appears to believe that “mayors and council members of California’s ‘Sanctuary Cities’ are in violation of the Penal Code.”  He doesn’t explain why, but based on a reading of the entire letter, it appears that it’s because they’ve criticized Arizona.

As I said, it’s not at all clear.  I’m going to invoke the Gricean Maxim of Relation in conversational implicature to assume he thinks there’s a connection between his reference to Arizona, to section 834b, and to the alleged malfeasance of mayors and council members of California’s “Sanctuary Cities.”  From that, I gather that he either thinks that by criticizing Arizona, the mayors are breaking the law, or, at the very least, that he is saying — in some unexplained way which makes the Arizona reference merely superfluous — that they are breaking the law.

Hopefully, he is merely exercising his own right to free speech and not giving out legal advice to mayors, council members, or those he hopes will act to file charges against them.  Besides the latter being illegal if he’s not a lawyer, he’s just wrong.

As a practicing lawyer in Fresno, Tulare, Kings and sometimes even Madera counties, I can assure you that California’s law enforcement agencies cooperate just fine with the United States Immigration and Naturalization Service.  In fact, if you want to see just how quickly they’ll arrange deportation, tell them that a critical defense witness is an indocumentado.

Again, given the ambiguities of McEdward’s letter, it’s not clear, but — if the reference to Arizona in his letter means anything — I think the part he misses involves at least one critical distinction between the California law and the Arizona law.

California’s law requires that law enforcement cooperate with Immigration and Naturalization regarding people who have been arrested if the arrested person is suspected of being present in the United States in violation of immigration laws.  The Arizona law, as originally written, required police to determine immigration status based on “reasonable suspicion during any lawful contact.”  A “lawful contact” would include — as one Phoenix, Arizona police officer who sued the State argued — ordinary encounters on the street between police and others.  The Arizona law has since been modified.

In any event, I strongly suspect that McEdward might have been trying to be funny.  It’s hard to believe that he really thought “mayors and council members of California’s ‘Sanctuary Cities'” were engaged in “[a]ny legislative, administrative, or other action…to prevent or limit the cooperation required by subdivision (a)” of California’s Penal Code by criticizing, or even by sanctioning Arizona through breaking off economic ties (e.g., by not engaging in business with them).

First of all, Arizona is not the U.S. Immigration and Naturalization Service.  Secondly, “mayors and council members” are not “law enforcement agencies.”  Thirdly, the requirements of Arizona’s law are different enough from what California’s Penal Code § 834b requires that even if “mayors and council members” were “law enforcement agencies,” their acts are not violative of 834b’s prohibition.  Neither passing resolutions, nor even performing specific acts, to cut financial ties with Arizona are acts which prevent or limit law enforcement — either in California or Arizona — from cooperating with the Immigration and Naturalization Department (which, incidentally, no longer exists).

The biggest problem of all, though, is not McEdward’s misunderstanding.  After all, presumably, he is a “mere” ciudadano who is also apparently not an attorney.  The bigger problem is that too many of our lawmakers similarly lack any knowledge or understanding of law, which is one reason we’re having so much trouble coming up with laws that effectively address the issues with which we are concerned.

But, hey, if anyone can remove an appendix, who needs doctors?  If anyone can understand laws and legal issues, why should we care if our leaders have any training in, or even any rudimentary knowledge of, law?