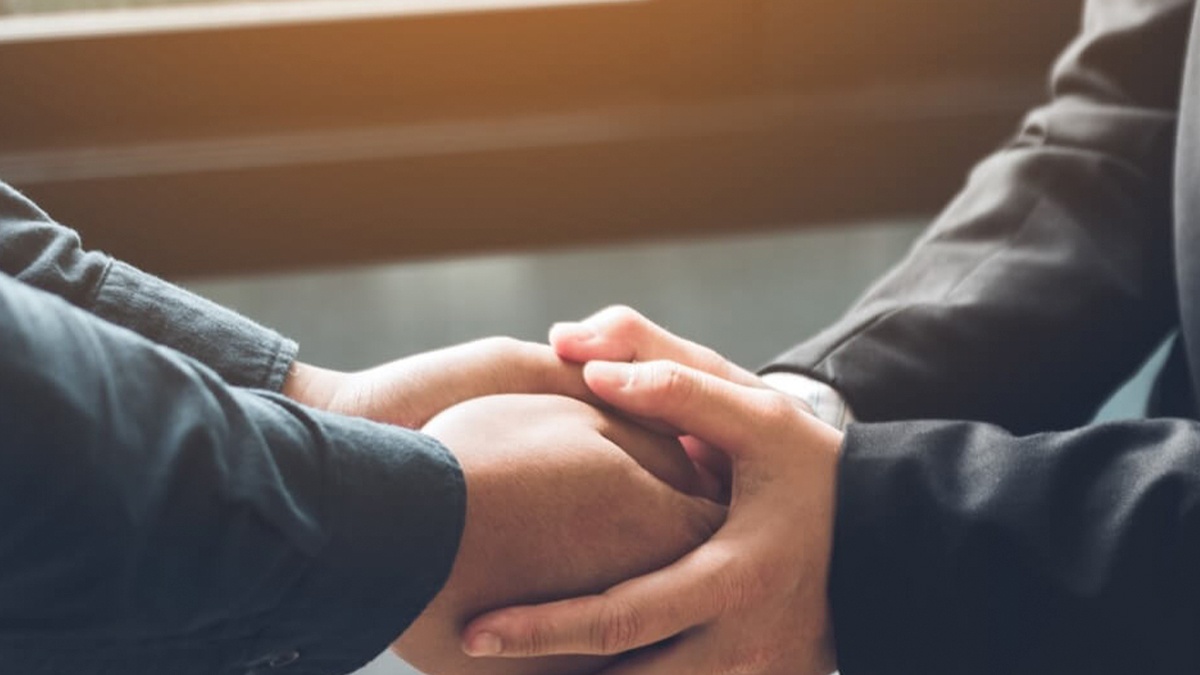 Finding the Time to Care

You Can't Win Every Case; You CAN Care for People

I tell everyone who hires me: I can’t win every case, but I can care for people. I can do my best. And I can be there, both as a lawyer, and as a human being.

While reading an article in the Washington Post, I was struck by how little time our society gives to professions where caring matters.

[M]any patients define caring as taking the time to listen and thoroughly investigate their complaints, following up promptly on test results and advocating for them.

This kind of caring takes time and resources that many practicing physicians are not given.

Caring is the Right Way to Practice Law

Having the time to care matters, because (whether for a doctor, or a lawyer) caring is the key to learning what we need to do our best job. In fact, caring is the only way to do our jobs. As the famous buckskin-wearing lawyer, Gerry Spence — at whose Trial Lawyers College (now the Gerry Spence Method at Thunderhead Ranch) in Wyoming I had the privilege of studying — put it:

Two absolute requirements for a trial lawyer, yes, any lawyer are (1) a conscientious caring for his or her client and (2) the credibility of the lawyer. One cannot exist without the other and absent either, the lawyer is but an actor, usually a poor one, a gross pretender.

Since this post will share a story or two of successful outcomes for my clients — about which you can read more on my Testimonials page — it might seem a little self-congratulatory. That’s not the intent. I’d like to encourage all of us, particularly those who do the kind of work I do, to think about making the world a better place.

And, in reality, my mood is one of profound sadness as I write this post. I don’t feel “self-congratulatory” at all. Because, too often, I’m fighting people who probably think they’re making the world a better place.

The Rock in the Robe

Not caring about people seems to be the special domain of judges these days. They’re the rock. I’m between them and my clients. Judges — and, to a lesser extent, prosecutors — prevent me from repairing the world.

You would think in our adversarial system, my greatest opponents would be prosecutors.

It’s the judges who have the power, and too often freely wield it to destroy people’s lives.

I saw a judge recently take a man (not my client) whose case had been in progress for at least two years, from what I heard. It sounded like he had an addiction issue. But he’d cleaned himself up. No criminal history from what was said, other than DUIs related to his problem. And no more of that since getting cleaned up. He had a job. A house. A family.

The judge refused a request to avoid incarceration, so that he would not lose his job, and his family would not lose their home. No. Vengeance demanded satisfaction.

Vengeance needed to teach him a lesson that — from all that was said — he had already learned.

Who was helped by that? Not the man: he’d shown he’d already changed. The judge even acknowledged that. Not the man’s family: they stood to lose the breadwinner, and therefore stood to lose their home. Not “the People of the State of California”: we stand to support his family with welfare, pay for his incarceration, and possibly continue paying when he is released, trying to get back on his feet again. And paying even more if he fails to do so.

Frankly, I’m hoping that I’m going to get a chance to help that judge lose the judge’s robe. (It’s on my list.)

Sadly, even if I’m able to do that, there are plenty more where that judge came from. And the younger ones only seem to be getting worse.

In any event, being a solo practitioner makes sticking to my stated goals — which some refer to as “hand-holding,” as if that were a negative thing — challenging. I run my own law office. I am the only lawyer in it. And, so, unlike some of my colleagues, I deliberately limit the number of clients I accept. This is something most lawyers don’t do.

This is no slam on anyone, by the way. Everyone has different needs. I need more down time than some other attorneys, because I spend a lot of time reading. And a lot of that reading is about things that most attorneys — I know this because they tell me — say they don’t have time for. I read fiction, as well as non-fiction. I consider it important to keep abreast of disparate areas that include cognitive science, how octopi think, anthropology, learning about writing (and writing persuasively), African-American scuba divers and African archaeological scuba divers, Renaissance art, biographies to learn from the lives of others, and too many other things to list.

Some of that is just because I like learning. But I am also surprised by how some area of study that I never heard of before, or maybe I did hear, but didn’t dig into as deeply before, leads me to a surprise discovery that helps me win a case.

I have an odd brain. Which reminds me of a joke about judge brains (note: judges are usually lawyers who have been demoted):

But I digress. Or, in this case, maybe digest. And, yeah, I’m sorry, Scott Greenfield for stealing your “digress/digest” joke, but I just love it, and you, that much.

In any event, expanding myself in these ways — the ways we were talking about before digesting judge brains — means limiting myself in others. There are months at a time where I do not sign a new contract.

And (unfortunately for some people), that means I charge a little more than some other attorneys. If I’m going to pay my (one) staff member, and keep my office afloat, I have to. So, indirectly, that also limits my practice.

Attorney, and Counselor at Law

Additionally, I take seriously the title of “Counselor at Law.”

There are two types of attorneys: lawyers and counselors. Both know the law and the legal procedure, but only a counselor understands YOU and YOUR needs, goals, and values. A lawyer is great at reciting the law, whereas a counselor explains how the law applies to your circumstances and provides guidance and strategy.

A counselor is a trusted partner who strives to develop a long-term relationship. He or she will take every opportunity to meaningfully engage you on a personal level because this is the only way to understand your [needs].

But, as I said, doing this takes time.

Sometimes, it’s collecting a client from the jail, and taking him to get a bite to eat before his family arrives from out of town to pick him up. Other times, it’s multiple meetings with a juvenile client, teaching him the principles in Brian Tracy’s book on Goals. Still other times, it might be taking on the occasional case — possible only because my practice is successful otherwise — pro bono, or at a reduced rate.

Caring — and finding the time to show that you care — is a necessity.

One of my “idols,” if I have any actual idols, is Vincent Hallinan. As I noted in “We Make Our Living,” he once said,

Lawyers make a good living off the misery of others….

Scott Greenfield, another person who is something of a role model for me, said,

We are engaged in a process that begs us to push back a tidal wave of misery.  And another tidal wave after that.

I quoted both these lawyers when I wrote “Starfish: The Obligatory End-of-Year Post” in 2009.

The Starfish Story is one of my favorites. Many people know it. Occasionally, someone will say of a particular case:

I know what you do is incredibly demoralizing, but this is one of your “starfish” stories.

Or I’ll hear some variation, after a particular “win” for someone, that “this is why you do what you do.”

So what’s the Starfish Story? Just so you don’t have to jump to another page (unless you want to):

One day an old man was walking along the beach. It was low tide, and the sand was littered with thousands of stranded starfish that the water had carried in and then left behind. The man began walking very carefully so as not to step on any of the beautiful creatures. Since the animals still seemed to be alive, he considered picking some of them up and putting them back in the water, where they could resume their lives.

The man knew the starfish would die if left on the beach’s dry sand but he reasoned that he could not possibly help them all, so he chose to do nothing and continued walking.

Soon afterward, the man came upon a small child on the beach who was frantically throwing one starfish after another back into the sea. The old man stopped and asked the child, “What are you doing?”

“Why waste your time?… There are so many you can’t save them all so what does is matter?” argued the man.

Without hesitation, the child picked up another starfish and tossed the starfish back into the water….

“It matters to this one,” the child explained.

It matters to this one.

Yeah, to do it the way I do takes time. And, yeah, I don’t always succeed. But it’s worth it.

“This Man Saved My Life!”

A few years back, I stopped at a convenience on the way home. As I was making my purchase, a voice boomed — and I mean BOOMED! — “RICK HOROWITZ!!!”

I turned to see a young man just entering the store. He was wearing a construction belt, with tools hanging on it. He stopped. Put his hands on his hips. Feet apart.

Seeing my face, he said, “You don’t recognize me, do you?”

I didn’t. And I was a little apprehensive.

He started looking around at the other startled customers. And then pointing at me as, still in a loud voice, he said, “This man saved my life!”

The reason I did not recognize him is that I had represented him as a juvenile. As I noted above, my approach was to not just handle the legal issue, but work on goal-setting. I’d teach Brian Tracy’s methods, breaking it down for a minor’s mind. I’d find out what the kids wanted to do. Then help them actually write out a plan for how to do it. My goal was primarily to steer them toward a better life. But sharing the written assignments with the court also sometimes helped with sentencing.

This kid’s goal had been to own his own construction company.

That day in the store, he wasn’t there yet. But he was married. He had two kids. A good construction job. No more legal issues.

He was on his way. Working his plan.

Another starfish. Picked up and thrown back into the ocean.

No: another human being! Picked up and lovingly thrown back into the sea of humanity.

That’s why I work so hard to find the time to care.