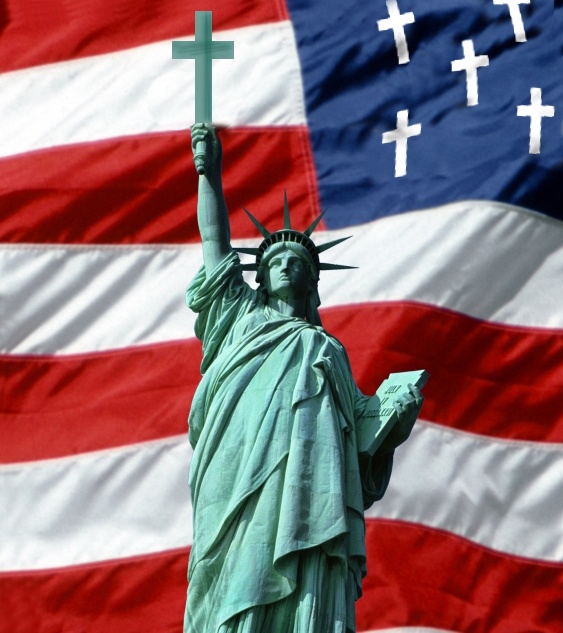 For Whose Hobby Do We Lobby?

Federal Judge Kopf, writing about the Hobby Lobby decision — and is there anyone in the United States, and possibly several other countries, who doesn’t now know about Hobby Lobby? — said, among other things, that the United States Supreme Court should “stfu.” More importantly, he said something that I think just about nails why so many Person-Persons [1]Being uncertain whether any Corporation-Persons are upset, and kind of doubting that they are, I wanted to differentiate. are upset over the Hobby Lobby ruling:

In the Hobby Lobby cases, five male Justices of the Supreme Court, who are all members of the Catholic faith and who each were appointed by a President who hailed from the Republican party, decided that a huge corporation, with thousands of employees and gargantuan revenues, was a “person” entitled to assert a religious objection to the Affordable Care Act’s contraception mandate because that corporation was “closely held” by family members.

To the average person, the result looks stupid and smells worse.

Frankly, I’m not as inclined to give the “Justices” of the Supreme Court a pass as is Judge Kopf. I think the result smells because, contra Judge Kopf, those “Justices” did rule according to their biases.

Or maybe, not being a judge, I just have a more sensitive nose.

Judge Kopf’s article, unsurprisingly, caused a bit of an uproar. But I’m not writing to defend the Judge. Scott Greenfield, I think, has covered that more-than-adequately already.

I’m writing, actually, because there are those who argue that the United States Supreme Court got Hobby Lobby right, because “religious freedom.”

Sure. There’s the problem of whether or not a corporation is a person. As Judge Kopf said,

To most people, the decision looks stupid ’cause corporations are not persons, all the legal mumbo jumbo notwithstanding.

Some lawyers, particularly one who left a comment on Judge Kopf’s post, rightly think that’s irrelevant. As Hans Bader put it,

And here, the Supreme Court correctly applied the very laws passed by a democratically-elected Congress: (1) the Religious Freedom Restoration Act (which requires very broad religious exemptions, unless the government can show not just a compelling government interest served in denying the exemption, but also that the denial was the least restrict[ive] means of promoting that interest); and (2) the Dictionary Act, which (rightly or wrongly) treats corporations as “people” for purposes of federal statutory law (like RFRA). [2]“RFRA” is the acronym for the Religious Freedom Restoration Act.

The law requires broad religious exemptions, as Bader noted. Corporations count as people under current law; blame Congress for that one, not the Court. If “most people,” don’t get this, that’s not the Supreme Court’s problem.

And, yet, I still find myself disagreeing with Bader because the RFRA/DA Conjunction did not require this outcome. And precedent required its opposite. No, I’m afraid the Supreme Court’s problem here boils down to the biases noted by Judge Kopf that caused the majority to miss the correct interpretation and application of the law.

The evidence of this is Hobby Lobby itself. (Unless “Justice” Alito was lying, again.) In Hobby Lobby, one justification for ruling in favor of the Corporation-Person was that forcing the Corporation-Person to pay for the insurance that included “abortifacients” wasn’t the “least restrictive means” of accomplishing the government’s goal. After all, the opinion said, the government could always provide access to the needed medical product itself.

In other words, the employees who wanted the products their Corporation-Person did not want to pay for, could still use them. They just had to get them some other way.

But if Corporation-Persons could fire their employees for doing so, then this doesn’t really work so well, does it?

And imagine what would happen if Corporation-Persons with strongly-held religious beliefs against drinking, or smoking, or living-together-without-benefit-of-marriage, or homosexuality, or black people mixing with white people — to name just a few potential employee behaviors — claimed a “religious freedom” right to act in accordance with those beliefs by firing Person-Persons who engaged in such sacrilegious behaviors.

Not even the current United States Supreme Court would uphold such “deeply-held religious beliefs” rights on the part of Corporation-Persons. [3]At least, I sure as hell hope not. And if they did, I hope that we would finally see the People willing to pursue another Revolution.

But why not? I mean, think about it! By refusing to allow Corporation-Persons to fire people for living-together-without-benefit-of-marriage, or being involved in an interracial marriage, you are forcing Corporation-Persons to pay for those behaviors in the same way that forcing them to pay for insurance pays for their employees’ misbehaviors when it comes to abortifacients. [4]I’m using “abortifacients” throughout this argument, because the claim is that these were the only contraceptive methods Hobby Lobby dealt with. There is now much, including articles already linked above, to show the lie on this one. But for my argument, it doesn’t matter if we’re dealing with “abortifacients,” or “regular” contraception. I don’t even need to consider whether or not a condom prevents implantation.

Moreover, our laws dictate such things as which kind of payment counts as payment (e.g., U.S. currency, or an equivalent, such as a card that can be used to get access to U.S. currency), and how little (minimum wage laws) can be paid. Until someone comes up with a Hobby Lobby challenge to it, we also have laws protecting a Person-Person’s job when they have to take a leave for specified medical and family reasons.

And let’s look a little closer at that last item. It’s a kind of legally-enforced vacation requirement under specified circumstances. But since, ultimately, what we’re talking about here is what people do with the payment received for their mental or physical labor, what about paid vacations?

California — again, until someone comes up with a Hobby Lobby challenge and gets it through the courts — is like some other states. We don’t have a requirement that an employer provide either paid, or even unpaid, vacation.

However, if an employer does have an established policy, practice or agreement to provide paid vacation, then certain restrictions are placed on the employer as to how it fulfills its obligation to provide vacation pay. [5]Society for Human Resource Management, “What are the rules in California regarding vacation or paid time off (PTO) policies?” (5/5/2013).

While the law here does not require providing the vacation in the first place, if one is provided, there are certain rules — laws, actually — about how vacations work.

Guess what other kinds of pay Person-Persons receive from Corporation-Persons come with legal — and so far constitutional — regulation?

Well, life insurance comes to mind. Like vacation time, Corporation-Persons are not required to offer it — many do not — but if they do offer it, there are laws about to whom, and how, they may do so.

Another way employees receive payment for services is incentive stock options (ISOs). There are somewhat complicated laws controlling both kinds of Persons ( Person-Persons and Corporation-Persons) here. These laws control what kinds of stock can be included, how it is paid out, how it is expensed, claimed, transferred — dammit, I’m a criminal defense lawyer; I don’t understand these things!

Oh, and now that I think about it, you know what other kind of pay comes to mind?

If the government requires that health insurance coverage be provided for transfusions, or insulin to treat diabetes, or contraception, so be it.

Some benefits Corporation-Persons provide, as already noted, are optional. Others are not. All of them come with restrictions on how, and sometimes to whom, they may be offered. That’s part of being a business person in the United States of America. Until now, our courts have never forbidden this on religious grounds. Until now, our courts have always held that neutrally-enforced laws of general applicability — that is, laws that impacted everyone equally without consideration of, among other things, religion — trumped religious practices.

But now  a right-wing religion-infected group of “Justices” comes along, and everything changes. At least as to “abortifacients.” [6]But see above how we’ve already learned that Hobby Lobby really isn’t restricted to “abortifacients.” Nor can it be, under any principled interpretation. That the majority of the Supremes tried to argue otherwise is another reason for seeing this as a right-wing religious ruling, rather than anything based on purely-legal principles.

But if this is really about what the majority of the Supreme Court said it was about, then it’s not just “abortifacients” that are up for grabs. I can think of no principled reason why a Corporation-Person which/who [7]BTW, anyone see a problem here? The Court may be required to contort itself, if it follows the Dictionary Act, but Congress has no such excuse. has “strongly-held” Jehovah’s Witness beliefs could be required to purchase health insurance that pays for transfusions.

And if there is no such thing as health insurance that does not cover transfusions? Then under the rationale of Hobby Lobby, they should not be required to purchase health insurance at all.

And let’s not forget — unless the Court is going to ignore the First Amendment and start deciding what actually constitutes a legitimate religion — the Church of the Flying Spaghetti Monster.

No, when it comes right down to it, I think Judge Kopf got it right:

In the Hobby Lobby cases, five male Justices of the Supreme Court, who are all members of the Catholic faith and who each were appointed by a President who hailed from the Republican party, decided that a huge corporation, with thousands of employees and gargantuan revenues, was a “person” entitled to assert a religious objection to the Affordable Care Act’s contraception mandate because that corporation was “closely held” by family members.

But whether or not this interpretation of the laws will be applied to any other religious questions that come before these five male Catholic Republican “Justices” depends on the hobby for which (who?) the challengers lobby.

Home » Criminal Defense Blog » Religion » For Whose Hobby Do We Lobby?