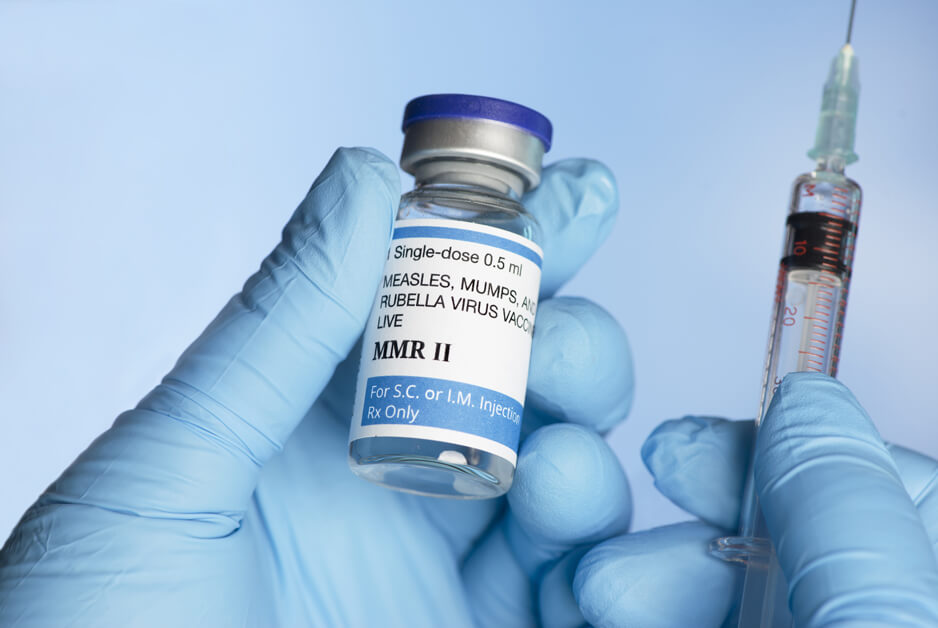 Science is a first-rate piece of furniture for a man’s upper chamber, if he has common sense on the ground floor. — Oliver Wendell Holmes, Sr., The Poet at the Breakfast Table, Chapter 5 (1872).

One of the sad things about our so-called “justice” system—aside from the overarching issue that it seldom provides justice, either for the accused, or for real victims—is that our judges regularly flout the law. We might say, with some truth in many cases, that they don’t do so deliberately, but out of ignorance.

If a judge flouts the law out of ignorance, they might be forgiven. In most of those cases, the fault will actually fall on the lawyer who failed to properly represent a client. After all, no one—not even a judge of many years experience—can be expected to know the law that applies to every case. A lawyer has a duty to learn the law of the case for the clients he represents, and to present to the court arguments based upon the law that relates to the case, that he has learned. It is the lawyer’s responsibility to teach the judge the applicable law.

Other times, judges’ flouting of the law is less forgivable. This is true when either the law has been pointed out to the judge, and the judge chooses to go another route, or the judge knows the law, but—powered by emotions, such as fear, or loathing, or what-have-you—thinks it more expedient to ignore it. Judges are people, after all, and, as people, they’re just as driven by emotion as any other person. But when a judge fails to check his, or her, emotions, then the judge (like the attorney who fails to learn the law of his client’s case) has failed to do his, or her, duty.
Such is the case before us now.

The Fresno County Jail has confirmed that less than a dozen inmates are alleged to have “the mumps.” This may be true, but at the time of the initial denial of civil rights, as you’ll note if you read the original story, it was not true. A “strong [but then, and possibly now, unfounded] suspicion” was all the Sheriff needed to say “civil rights, schmivel rights.”

Thus, the Sheriff’s Department had decided not to transport accused people held in the jail to the courtrooms where their guilt, or innocence, is to be decided. The decision affects hundreds of people who have not yet been proven guilty. And hundreds who will never contract the dreaded mumps.

Now, under normal circumstances, the refusal to transport innocent people to court would not be a problem. California was once what we call a “statutory state,” meaning that it had laws that had to be followed.

One such law is Penal Code section 859b. That code section says that a preliminary hearing must be held within 10 court days. An accused person can give up that right, or the prosecution can show “good cause” for going past that 10-day time period. If either of those things happen, there is a 60-day rule. Again, an accused person can give up that right. This sometimes happens in complex cases where defense counsel needs more time to investigate, or prepare. It can also happen if both sides are working out a “plea agreement,” and need more time to do so.

But the law states that if these deadlines are missed without “good cause,” there are consequences. Miss the 10-day rule, and an accused person in custody must be released. This doesn’t mean the case can’t continue, it just means the accused person gets to fight their case from the outside, like a person who has money does. If the 60-day rule is violated without good cause, then the case does not go forward: the charges have to be dismissed. (They can be re-filed under some circumstances, starting the case over again.)

And what about “good cause,” which allows keeping someone in custody if you miss those dates?

Well, the law specifically spells that out. You can keep the person in custody if:

Even for those who have given up their 10-day/60-day rights, good cause is required to continue; you don’t get to lock people up indefinitely without bringing them to court. That’s the law. It’s supposed to be followed by everyone, but, as you’ll can see, it specifically applies to the authorities. No one other than the authorities are responsible for holding people in custody, getting them to court, and doing so within the deadlines assigned by law.

Note that “a few people in the jail have mumps, so we’re not going to follow the 10-day or 60-day rule for hundreds of people” is not on the list above. Thus, the Sheriff is supposed to bring them to court.

But the Fresno County Sheriff’s Department believes that it is above the law. If you were involved in the criminal “justice” system, you’d see proof of this every day. But for those who don’t know, I can tell you that last week, many attorneys showed up for court, only to be told that the Sheriff was not going to bring their clients to court.

Judge Signs Off on Sheriff’s Plan to Ignore the Law

This had been done without any permission from the ultimate legal authorities: the judges. The bailiffs simply told the courts, “They’re not going to bring so-and-so over, because he’s quarantined.”

But the Fresno Sheriff cannot just decide, willy-nilly, that they won’t bring people to court, and attorneys complained.

So the Presiding Judge of the Superior Court of the State of California for the County of Fresno has arbitarily decided to issue an order: the laws relating to innocent people may be suspended, and these people may be held in custody indefinitely, because a few out of the hundreds held have the mumps.

Remember, this decision affects hundreds of accused people held in custody. It is based upon less than a dozen people suffering what was once a common childhood ailment. Before a vaccine was developed in 1967, over 90% of all US-born children had mumps before the age of 20. From this, you might guess that mumps is fairly contagious. It is, but it’s not quite as contagious as the flu, nor quite as dangerous.

The Decision is Unlawful and Makes No Sense

Counting the “mumps versus flu” issue, which I’ll get to in a minute, there are at least three reasons that this unlawful decision makes no sense.

Almost none of the quarantined accused people have the mumps

Before the creation of a vaccine in 1967, 90% or more of Americans had the mumps before the age of 20. But, according to that same article from the U.S. National Institute of Health, by 2000, the mumps had practically been erased in the United States. This comes from the protections you gain when you are vaccinated.

And even though the vaccine is not 100% effective, so some people will get the mumps anyway, and some people (especially those idiots, the “anti-vaxxers”) have not been vaccinated, a good many of those quarantined will have been vaccinated as children. (This is why, as noted above, mumps was declared almost non-existent in the United States after the year 2000.)

Anyone who has had the mumps, according to medical experts, is immune for life. Remember, before the vaccine was developed in 1967, at least 90% of Americans had the mumps.

And, oh, by the way, did I mention that there’s a vaccine? Judges, bailiffs, courtroom personnel, and anyone close enough to be infected (which will not be everyone in the courtroom) can easily obtain the vaccination, if they wish. In fact, they probably already have.

Mumps is still rare, and not the only thing that causes symptoms of mumps

Another reason the judge’s order makes no sense is that no evidence was presented that anyone at the jail actually has the mumps. According to the Fresno Bee story linked above:
Health officials strongly suspect one case in the jail, but about a dozen people are showing concerning symptoms — like fever, fatigue, headache and respiratory trouble.

So, they “strongly suspect” one person of having the mumps. Well, if you’ve ever watched cops work, you know that when a cop strongly suspects something, that means that it’s true. This is why we have so many innocent people in jails and prisons in the first place. Just as too many people accept that the strong suspicions of police officers are good enough for convictions, so, too, did the presiding judge of the Fresno County Superior Court find the unconfirmed strong suspicions of the Sheriff to be good enough for an order removing all civil rights of accused people held at the jail.

But, guess what else causes symptoms that look like mumps? The flu.

(The flu, which kills 8,000 in the U.S., and about 650,000 worldwide, is also more dangerous than the coronaviruscurrently freaking people out worldwide.)
Which brings us to the third major reason denying civil rights because someone was maybe exposed to the mumps makes no sense.

Mumps is not ebola; It’s not even the flu

Having the mumps is no fun. But mumps is not America’s version of the ebola virus. In fact, as already noted above, mumps is not even as dangerous as the flu.

The flu can range from mild to severe. It’s symptoms include fever (but not everyone with flu will have fever), chills, cough, sore throat, runny or stuff nose, muscle or body aches, headaches, tiredness, vomiting, and diarrhea. New studies show that you can even get “parotitis,” which is swelling of the salivary glands, previously thought to be only caused by mumps. (And another reason to wonder about those unconfirmed cases of “mumps” scaring the crap out of deputies and judges everywhere. Cops, I understand: they’re afraid of everything—it’s surprising they haven’t started shooting people for fear they might give them mumps. But judges….)

Complications of flu can involve pneumonia, sinus and ear infections, inflammation of the heart, inflammation of the brain, and multi-organ failure. People with asthma, or chronic heart disease, can suffer even more. As mentioned above, about 8,000 people in the United States die from flu every year, and 650,000 die worldwide.

Mumps causes a lot of the same symptoms as flu. While flu causes sore throats, mumps can make swallowing painful because of swollen salivary glands. These glands can also be painful due to the infection, so your face might hurt a little. It may also cause pain in the testicles in some percentage of men. It rarely causes fertility problems in men; is not known to cause fertility problems in women; and, unlike the flu, rarely causes death.

As Justice Breyer once said,

The law must seek decisions that fall within the boundaries of scientifically sound knowledge. — Breyer, S., “Science in the Courtroom,” 16, Issues in Science and Technology, 52, 53 (No. 4 Summer 2000)

Mumps is not a reason to deny people their civil rights, even if they’ve been accused of a crime. The flu is much more dangerous than mumps, and I doubt any judge is going to authorize lockdowns of jails, and denial of civil rights, because someone in the jail has the flu. (If they did, the jails would always be on lockdown!)

Courtroom personnel who are afraid of the discomfort of coming down with the mumps can receive vaccinations, or, if they’ve already had the mumps, can be reassured of their immunity status. (I know, prosecutors both in and not in black robes hate the idea of immunity, but they can relax: nature granted it, not the judges or DAs.)

If judges want to blow the statutory guidelines of the 10-and-60-day rules, there is a legal way to do it: release the innocent-unless-proven-guilty people if deadlines are missed.