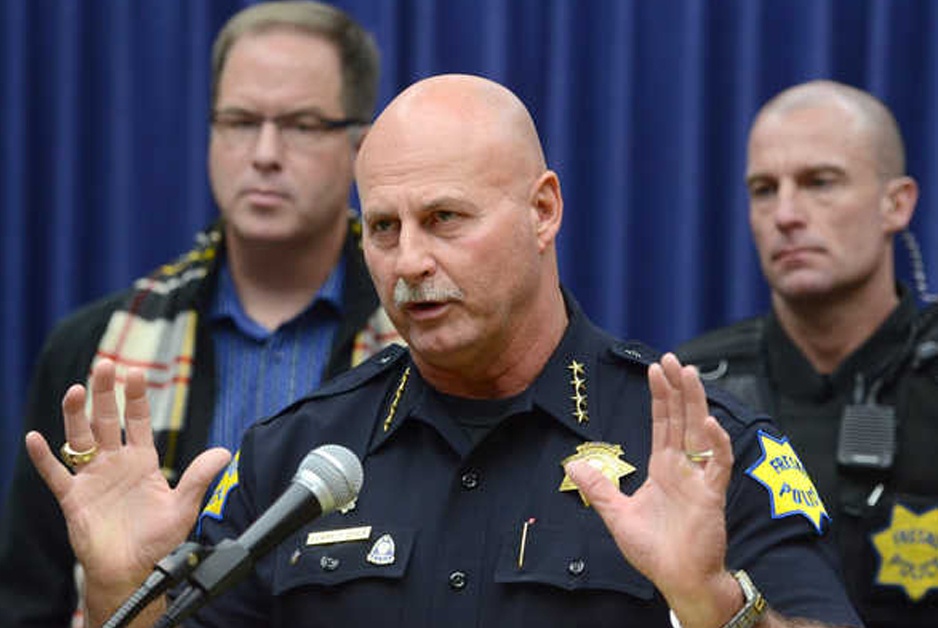 Fresno Police Chief on Criminals: No Rush to Judgment

Fresno Police Chief Jerry Dyer has never been a big fan of criminals.  But that may all be changing after two of his officers were arrested and one-third of his department’s drug squad came under suspicion for stealing cars.

It’s important for me and for all of us to not rush to judgment on this case.  There is no indication that any other detective in that unit was involved.

What exactly does the lack of of any indication that other officers were involved have to do with not rushing to judgment?  Regarding what, or whom, should we not be rushing?  It’s not at all clear.  Maybe Dyer is referring to these individual police officers.  Maybe he means we shouldn’t judge the entire force by the fact that one-third of one of his higher-profile departments has been under investigation by the California Highway Patrol since October (presumably 2008).

I agree that these officers are innocent until — or unless — they are proven guilty.  But this has to mark the first time I’ve seen Jerry Dyer upset about a case being tried in the media prior to getting into a court of law.

Perhaps the saddest part of this story appears in the comments posted by Bee readers.  The only two comments posted so far express anger that this story saw the light of day.  Particularly pathetic is the individual who attacks Jerry Dyer for “running his mouth of all this.”  I’m not really sure how trying to convince people that they should not rush to judgment counts as “running his mouth of all this,” but there it is.

What does this say about Fresno?  Who knows?  But it’s disconcerting to see this level of hypocrisy by Dyer and those commenting on the story.

Isn’t everyone innocent until (unless, Kennedy! I meant unless!) proven guilty?  Or is it only police officers?