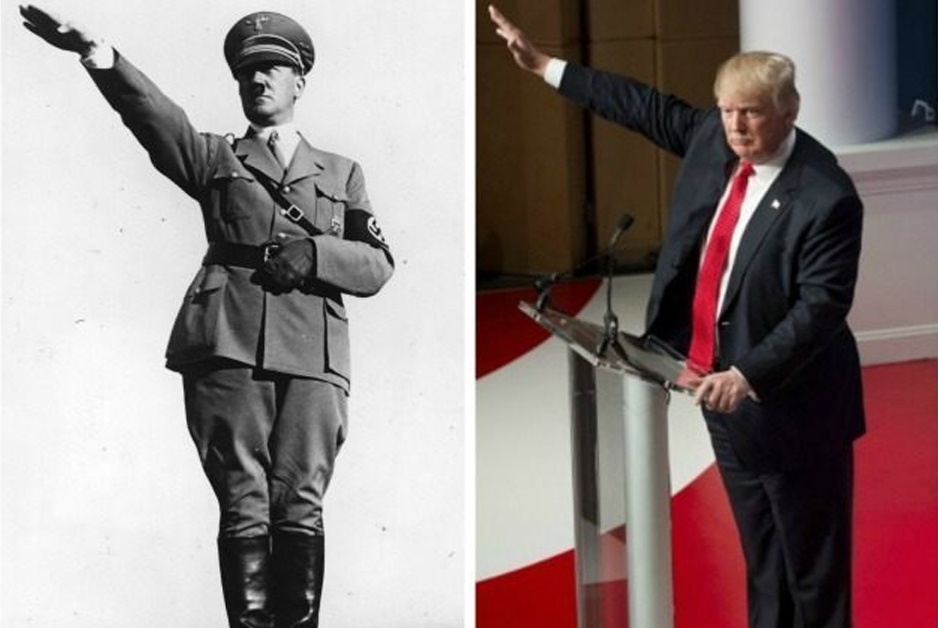 I was going to write a post about defending cops. Many attorneys – maybe all of us – are confronted, from time to time, with the question of whether a certain type of case is the type of case we simply could not do. To some, at least, not everyone deserves to be defended – at least by them. The most common example I hear is of attorneys who would refuse to defend a person accused of child molestation. I myself have occasionally grappled with the question of whether or not I could defend someone accused of torturing animals, especially dogs.

It probably should not be a surprise to me that there are attorneys who have problems with the idea of a defense attorney taking the case for Dillon Alley, about whom I wrote two posts ago, and briefly alluded to in my post a couple days ago.

In a private group of criminal defense attorneys to which I belong, there has been mention of whether the defense attorney who represents Dillon Alley should be scorned by fellow defense attorneys. There’s been talk about the fact that he’ll need to discredit Alley’s alleged victim, James Crawford. (If you don’t know about this, you really should go read my article about it.)

I’m glad to say that most, though not all, comments are in agreement that Alley deserves the best representation he can get, and that the defense attorney handling the case should not be thought ill of for honoring his profession.

There is more that could be said about this than what I’ve said here. But I’ve decided that I really want to write about “The Trump Problem.” And, although there will probably be some politics in this post, that’s really not exactly news, as there is politics in almost anything one might say about criminal defense issues. Which brings me to say this: I think I want to talk about this from the point of view of criminal defense issues.

Of course, I’ll just have to keep writing to see where this goes. It’s not like I have a plan. If I did, you’d be reading a post about defending cops today.

Since I haven’t mentioned him in the last post, or two, let me point out that Scott Greenfield again beat me to the punch on this one – that is, writing about Trump, and the latest out of Chicago – although only because I’m such a crappy writer that I’ve been working on this post for two days now, and Scott only needs about 20 minutes to birth an article, or three.

I’m going to take a slightly different approach to the problem, though. Scott says that violence has no place in all this. And I pretty much agree with that, most of the time. I will admit that I don’t, always. That may be a failing on my part.

Before I move into the meat of what I might say, though – and I say “might” because as I write this sentence, the post isn’t finished, and as the opening of this post might demonstrate, I never know where I’m going until I get there – let me address an issue that some will consider an impediment to what I might write. You might be inclined (I think that’s a mistake, obviously) to stop reading once you hear just this statement: let’s address the “Godwin’s Law” problem.

Yeah, that’s right. I’m going to end up saying something about Nazis, and Hitler, and all that dumb shit. Those stupid fucking analogies. You might think you know what I’m going to say, but I’m sure you probably don’t. So in the interest of keeping an open mind, I’ll ask you to keep reading.

I was there when Godwin’s shortcut to identifying a certain class of fallacious arguments was born. I’d already been on the Internet, because I was a student at California State University, Fresno, studying several lines of thought that were identified as belonging to “Cognitive Science.” Back then, the Internet had no web browser – Mosaic would not be invented until around 1993. When I graduated in 1995, Internet access was just beginning to become available to the general public. I actually worked with the first two ISPs, or Internet Service Providers, in the Central California area, eventually rising to the point of running one of them, which had gone public even before I arrived.

Around about 1994, I became very well-acquainted with Godwin’s Shortcut, as I like to call it. I had been a frequent participant in USENET discussions relating to Jews, and Judaism, as well as a regular on an IRC (Internet Relay Chat) channel for Jewish people. [1]I was known as “Winky” – later “Winkola” when everyone and his dog started trying to use the name “Winky” – because I used the “wink” symbol so much.

Because of all this, and the fact that we felt that it was needed to provide a space for serious discussion of the Holocaust (and not just people screaming at each other over the Internet), some of us decided to create a USENET “newsgroup” (as they were called) by the name of soc.culture.jewish.holocaust.

I became one of the original three “moderators,” meaning that I helped approve posts; we didn’t want just any garbage being allowed, particularly Nazi troll posts.

Godwin’s Shortcut became something we talked about – particularly amongst the moderators – almost every day.

once such a comparison is made, the thread is finished and whoever mentioned the Nazis has automatically lost whatever debate was in progress.

First off, that never was what Godwin intended. Second of all, it’s bullshit.

Think about what Godwin’s Shortcut does, if you accept the version that has become known as Godwin’s Law. It essentially says that there is nothing in the world that can ever be compared with what Hitler did. Even if something in the world comes along that is exactly the same as what Hitler did. So, if you heard news about someone somewhere who had gained political power, and began rounding up Jews, transporting them off to concentration camps, and shoving some of them into ovens, and in the process of trying to sound the alarm you compared that person to Hitler, and the facilitators of that person’s acts to Nazis, you lost the debate. People shake their heads.

At you. Not at the Hitler copycat.

While that would be pretty bad, things become more problematic when you get to a more attenuated situation. A growing chorus of people are beginning to compare Donald Trump to Hitler. I’ve made statements that can easily be interpreted as saying that, myself. Truth is, I don’t know if Trump is a future Hitler. Like a lot of people, I’m still kind of trying to figure out what the hell Trump is, or believes.

But this much I do know. This much I’ve said probably a half-dozen times over the last few years. Despite the apparent rapidity of the transformation, neither Nazi Germany, nor Hitler, sprang fully-formed from the brow of Germany. Both were a result of an evolutionary process. Historians I’ve read believe it was a somewhat complex set of circumstances involving the German milieu coming out of World War I that gave rise to both the Nazis, and Hitler. I don’t have time to write about all of it here. I’ll recommend to you, instead, your own research. A decent place to start might be Hitler’s Justice: The Courts of the Third Reich, because everything Hitler did do was done within the law. It was all (more or less) perfectly legal. Or at least sanctioned by the courts of his day. There were judges, and prosecutors, who believed in what he was trying to do, and fully supported his efforts with the apparatus of the law.

Germany – not Nazi Germany, but Germany – in 1930 was much like the United States of America. The original German Reich was established after a constitutional assembly. It was a representative democracy. A Republic. Just like us. It even had a better Constitution, guaranteeing within it more rights than our own Constitution explicates. And then…

Germany was in the grip of the Great Depression with a population suffering from poverty, misery, and uncertainty, amid increasing political instability.

For Hitler, the master speech maker, the long awaited opportunity to let loose his talents on the German people had arrived. He would find in this downtrodden people, an audience very willing to listen. In his speeches, Hitler offered the Germans what they needed most, encouragement. He gave them heaps of vague promises while avoiding the details. He used simple catchphrases, repeated over and over.

Promises were made. Hitler would make Germany great again!

Hitler offered something to everyone: work to the unemployed; prosperity to failed business people; profits to industry; expansion to the Army; social harmony and an end of class distinctions to idealistic young students; and restoration of German glory to those in despair. He promised to bring order amid chaos; a feeling of unity to all and the chance to belong. He would make Germany strong again; end payment of war reparations to the Allies; tear up the treaty of Versailles; stamp out corruption; keep down Marxism; and deal harshly with the Jews.

As I thought, this post has gone somewhere I wasn’t exactly expecting. As always when I write, I had a general idea of what was bugging me, and what I wanted to try to say, but I never know until a post is written what it will actually say. That’s particularly true here. There will be no explicit comparisons of Trump to Hitler. That really wasn’t my intent anyway (believe it, or not).

And, thus, I still haven’t gotten to the meat of what I wanted to say. And as this post is already past the point I’m trying to stick with (1000-1200 words, and I’m over 1800 now), I leave you with this: I’ve often thought about what it must have been like to live in 1930s Germany. To see the nascence of Hitler, and his Nazi political party. What must people, especially people who disagreed with Hitler, have thought? Did they say that it was all talk? Did they say he wasn’t really saying what it appeared he was saying? Did they say it was just politics? Did they say, “He’ll never become our ruler”? Did they say, “The People will never vote for him”? Did they say, “If he does win, he’ll never do anything like what his critics are worried about, anyway”? Did they think their Constitution, and the Rule of Law, would prevent it?

If, as I currently plan, I’m able to stick with these ideas, my next post(s) will bring me back to the law. This is, after all, a legal blog. What I actually wanted to talk about when I started on this track was the attitudes surrounding, or promulgated, or encouraged by, Trump, and how they relate to the criminal justice system.