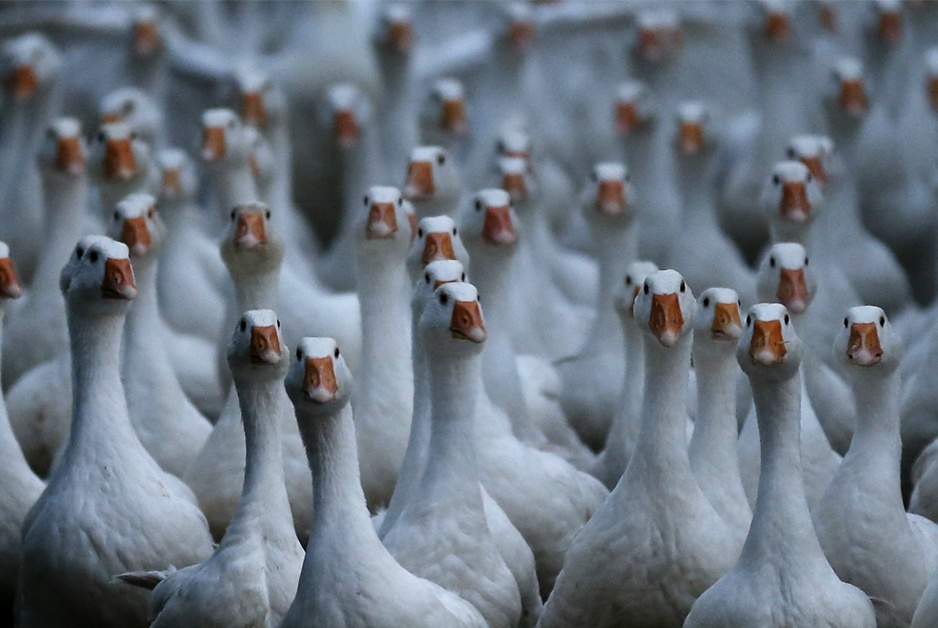 Goose-stepping Our Way to the Fourth Reich

Over on my other blog — I maintain FresnoCriminalDefense.com as my website and blog relating to more regional issues specific to my Fresno criminal defense office — I had the chance to respond to one of my readers who complained, among other things, that I was not being fair to law enforcement officers because I made allusions to the similarities between them and the enforcers of totalitarianism in Nazi Germany.

The timing could not have been more perfect.

This morning, thanks to a tweet from @ScottGreenfield, who re-tweeted it from @radleybalko, I encountered yet another similarity between trends in the United States of America and the totalitarian regime of Hitler in an article about a new Boy Scout Explorer program.  It seems that we’re preparing our children to goose-step their way to the Fourth Reich.

The children pictured with the article are clearly not Aryan.  They actually look a little more like dark-haired Hitler than the adored Aryan archetype.  Nevertheless, they are dressed to kill in their 21st-century Stoßtruppen wardrobe with matching automatic weaponry. And Hitler’s accolades regarding those of true German blood are echoed in the words of A.J. Lowenthal, a sheriff’s deputy in Imperial County.  (Imperial County.  How appropriate is that?)

This is about being a true-blooded American guy and girl.

Yep.  That’s what we need more of: True-bloods.  Not those namby-pamby Constitution-hugging liberal muggles like…um…like me, I guess.

Every time I — or others who see the same thing — try to raise the alarm on this, those who don’t see it begin to howl.  So first and foremost let me state, as I have so many times before, what I am not saying here.  I am not saying that the United States of America is currently a totalitarian state that looks in every respect like Nazi Germany.  I am not saying that we must completely abolish our police forces in order to avoid becoming Nazis.  I am not saying all — or even a significantly large portion of — our law enforcement officers are jack-booted thugs anxiously awaiting their opportunity to strip us of our constitutional rights.

For one thing, that’s what we have judges for.

What I am saying is basically what I said yesterday elsewhere: Nazi Germany did not spring fully-formed and fully-armed from the brow of Hitler.  Prior to the takeover of the government by Hitler, the Germans had a constitution not altogether unlike our own in the civil liberties that it “guaranteed.”  When the National Socialist German Workers Party (the Nazis) took over the government, they secured their dictatorial grip over the country by rescinding habeas corpus and other civil liberties.

But, uh…who gets to decide what an unlawful enemy combatant is?  If American citizens — say perhaps gang members? — engage in hostilities against law enforcement officers of the United States, are they “unlawful enemy combatants,” “street terrorists” to whom habeas corpus should not apply?  Could this be why California’s most well-known piece of anti-gang legislation is known as the “Street Terrorism Enforcement and Prevention Act”?  Could we stop obstreperous criminal defense attorneys like me by arguing that we support hostilities against the United States because of things like writing this blog article and encouraging resistance against laws we feel violate the Constitution?

Not today, certainly.  Not yet.  But though many people — including many criminal defense attorneys — refuse to recognize it, our civil liberties are, with increasing alacrity, being eroded, or outright abolished.  I know this is not appreciated or understood by the majority, but when we suspend the Fourth Amendment at the courthouse door, this is an impingement on our civil liberties.  It does not matter that the reason is “safety.”

The judiciary has a special role to play in regulating the state’s power to search and seize.  Judicial resistance to the writs of assistance had been strong [in the late 1700s], even after the Townshend Acts extended the jurisdiction of colonial courts.  (Andrew E. Taslitz, Reconstructing the Fourth Amendment: A History of Search and Seizure, 1789-1868

Yet in modern times, our judiciary not only participates in stripping us of our rights, it leads the charge! Whether we’re talking about warrantless searches of people, including defense attorneys (but not prosecutors), who enter our courthouses, or warrantless searches by customs officials of laptops owned by Americans returning from outside the country, our courts not only ignore the Constitution, they promulgate rules that directly take away what the Constitution “guaranteed.”

How ironic that around 1773, just a few years before the American colonies declared their independence from the British to eventually become the United States of America,

When customs officials filed a new application [for permission to search Americans] accompanied by a supporting opinion of England’s attorney general, the chief justice insisted that he would grant only particular writs under oath swearing that the customs agent knew or reasonably believed that uncustomed goods would be found in a particular place.  (Taslitz, supra.)

Today’s courts fail to comprehend what our Founders clearly understood:

[G]eneral searches were implicitly seen as insulting because they violated principles of individualized justice.  Arbitrary decisions by executing officers could be limited by warrants specifying when, where, how, and whom they could search and seize.  Yet the growing understanding of what made a warrant specific required more.  The increasingly widespread definition of a “special warrant” was one that was both particular and based on adequate individualized evidence that a particular person had committed a criminal act or that the evidence or fruits of that act were in a particular location.  That principle would limit action by all branches of government, including the judiciary.  (Taslitz, supra, at p. 41 (bold-faced italic emphasis added).)

Eventually, the erosion of civil rights is going to irritate ordinary citizens enough that we will increase our resistance.

Fortunately, when that time comes, the Boy Scouts will be ready to help keep us from crossing the street.