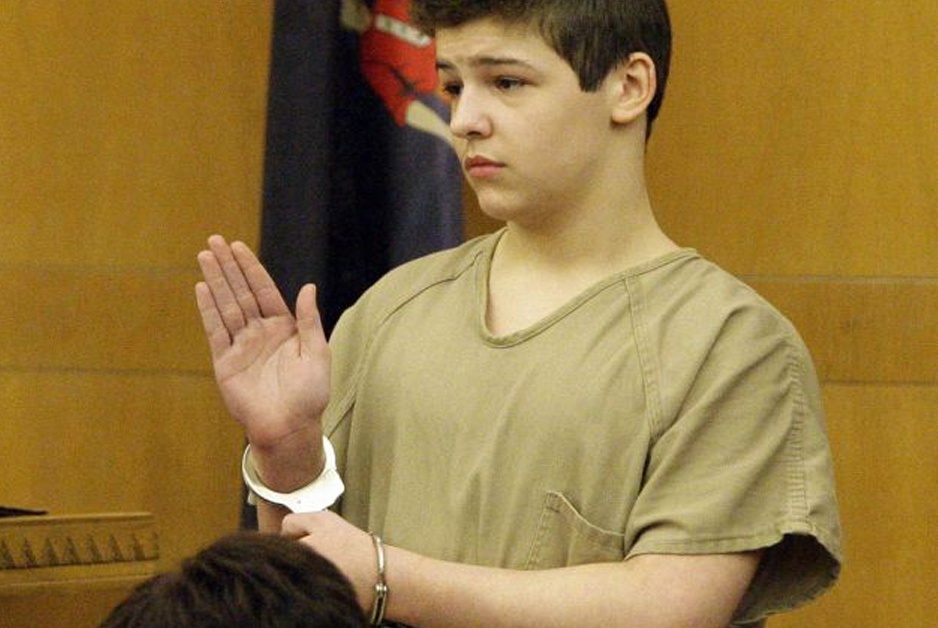 Help Yourself to a Conviction

Seventeen-year-old Sammy Adams was running down the sidewalk alongside Floradora Avenue, no doubt a little faster than he should.  He was late for work.  Again.  Today was inventory day and he knew what the boss would do if he didn’t get there on time.

Doris Daudy, a woman of approximately 38 years old, was walking north on Maroa toward her home just north of the Tower District.  Her purse was slung over one shoulder, her arms wrapped around grocery bags.  She never minded the walk; it was just a few blocks.  And although there was an occasional purse-snatching in the area, she’d walked this route for years without problems and felt perfectly safe.

Sam cut across the lawn at the end of the block, hoping to save himself a few seconds, and accidentally ran smack into Doris, knocking her to the ground.  Her groceries flew out of the bag, which miraculously was not ripped, and her purse spilled open.

Sam immediately began apologizing.  “I’m so sorry, ma’am!  I’m so very sorry!,” he said as he helped Doris to her feet.  “It’s just that I’m late for work and if I don’t get there on time my boss is going to fire me for sure!”

Doris knew the gut-wrenching feeling that went with not being able to make the bills because she or her husband were temporarily unemployed.  And she wasn’t really hurt.  She assured Sam that everything was fine as she started to collect her groceries and put them back into the back.  For his part, Sam was scrambling to help pick up her things, frantically stuffing spilled items back into her purse and worrying about how much later he was going to be now.  But he couldn’t run off without making sure she was okay.

Sam handed Doris her purse, continuing to apologize and brushing some leaves off Doris’s shoulder.

Until a while after Doris got home, neither Sam nor Doris realized that when her purse spilled open, her wallet fell into the storm drain.

When Doris realized her wallet was missing, she didn’t really believe Sam had taken it.  She didn’t know Sam, but he had seemed so apologetic and nice.  But her husband insisted that she call the police.

“What else could have happened to it?,” he asked.

Officer Steve “Stumper” Stevens was familiar with many people in the Tower District.  After getting Doris’s story and a description, he immediately knew who Sam was and went to his workplace to question him about “the assault on Doris and the theft of her wallet.”  Of course, he didn’t actually use these words with Sam.  Officer Stevens was smarter than that.

Officer Stevens asked Sam if he knew Doris.  Sam and Doris had not exchanged names and Sam didn’t know her, so he immediately confirmed Officer Stevens’ suspicions when he denied knowing Doris.

“Do you recall knocking a woman down earlier near Maroa and Floradora?,” Stevens asked.

“Oh.  Oh, uhm, that.”  Sam was caught off-guard.  Why would a police officer come to talk to him about accidentally knocking someone down?  The woman had assured him she was alright.  He made sure of it before he left her!  “Yes,” Sam said.

“And did you have her purse?,” Stevens asked.

“Well, uh, yes.  I helped pick everything up and gave it back to her.”

“What happened to the wallet?” Stevens asked.

“Yes, the wallet.  Did you give her back her wallet?”

“Uh…I…well…I must have.  I just picked everything up, put it in the purse and gave it back to her.  I was trying to help!”  Sam was nervous.  Officer Stevens wasn’t just asking questions.  It sounded like the officer didn’t believe him.  He seemed to think Sam had stolen the lady’s wallet.  For his part, Sam was stumped.  He knew he didn’t steal anything.  So when Officer Stevens told him he had the right to remain silent, the right to have an attorney and — as he would later tell his Public Defender — “whatever else he said,” all he could think is that he wanted to do whatever it took to convince the officer he had not done anything.

After “mirandizing” Sam, Officer Stevens ran through the questions again.  Sam gave the same story as before.  Officer Stevens told Sam he was arresting him for robbery.

“Robbery!”  Sam’s head was spinning.  “But I didn’t do anything!  I swear I didn’t take that lady’s wallet!”

Sam’s public defender, Shirley Singer, sat across from Sam at the Juvenile Justice Campus where he was being held.  At the perfunctory detention hearing three days earlier, the District Attorney had argued that Sam was “a danger to the community” because he had “viciously” knocked “a helpless middle-aged woman, her arms full of groceries,” to the ground before stealing her wallet.  The judge agreed this behavior was egregious.  As far as the judge was concerned, Sam was “a danger to himself or to the community” and he was ordered detained.  A trial confirmation date was set.  Shirley was here to discuss “the facts of the case,” including the police report.

As Shirley read the report, she noted that, at least according to Officer Stevens, Sam had “admitted” to knocking “the victim” to the ground and taking her purse.  Sam had also “admitted” that he did not return the wallet.

“That’s not what I said!”  Sam was upset.  Shirley didn’t know whether to believe him or not.  She knew, however, that it actually did not matter.  Ultimately, if this was what the police report said, Shirley knew this was likely to be the testimony of the officer.  Sam’s denial of an admission was going to look self-serving.

Shirley knew that the judge was likely to accept the word of the police officer over that of Sam, the only other witness to the conversation.

After all, why would the officer lie?  Sam’s denial of the admission was self-serving.  But there was no way the officer’s assertion that Sam had admitted this crime to him was.

But, hey, this is just a story, right?  Things like this don’t really happen.  So go ahead, talk to the police.  Help yourself to a conviction. After all, you haven’t done anything!