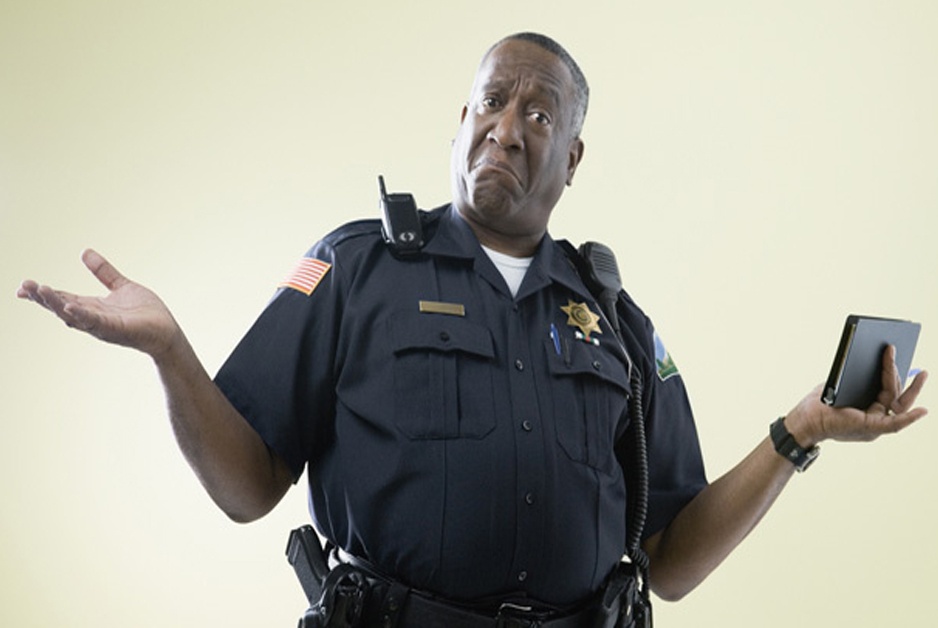 I Was Only Not Giving Orders

I originally titled this post, “Making the World an Uglier Place One Stop at a Time.” It fits. But given what happened, “I Was Only Not Giving Orders” fits better.

My day ended thusly: at about 5:30 or 6 p.m., sitting in my office trying to figure out what’s going to happen tomorrow – I’d had a couple discussions with one DA, but another DA was MIA – and wondering if the tearful, anxious, 65-year-old woman who had just hired me was going to be okay, my phone rang.

The man on the end of the phone claimed to be a prior client. I looked him up: I had helped him with a traffic ticket, or something, about 5 years ago, in another county.

In his exceedingly gravelly voice, the man (who by now must be in his late 60s, at best, and quite possibly in his 70s) told me that he was stopped by the side of the road. Apparently, the CHP pulled him over for expired registration, and were saying they were going to impound his car. He began telling me a somewhat lengthy story about an ongoing battle of his with the DMV. Apparently, according to him, they owed him money. He’s filed some kind of dispute with them, using a form allegedly approved for that purpose, and they’ve basically just ignored him. For three years, he’s heard nothing. [1]Lest anyone wonder about confidentiality issues here, the gentleman was telling this story to me while the cop was standing by, and had apparently already told the same story to the cop, and the cop’s husband (another cop), and the cop’s supervisor, who had been called in.

And so he decided that if they were going to ignore him, and not return his money, he would essentially take it out in trade: he didn’t pay his registration.

I explained to him that the law was not on his side in this one. It was a tough sell. He had trouble understanding how they could owe him money – apparently, according to him, they admitted owing him money – and not pay him, but if he didn’t pay them for registration, they could then have his car taken. But I finally got a promise from him that he would have someone take him to the DMV tomorrow to clear this up, and pay his registration, plus late fees.

I then spoke to the supervising officer. He sounded ever so understanding, and diplomatic. He agreed that if it was his father – and the man was probably old enough to be his father – by the side of the road, he’d want a little compassion shown. After all, they’re not required to impound the old man’s car. And he could tell from his interaction with the man, that he was (while repeatedly going back around in circles over this dispute with the DMV, and the unfairness of it all) quite polite, respectful, and cooperative, and not apparently in any way actually senile, or otherwise impaired, or unable to drive. He was just mixed up about “proper recourse” for his perceived (possibly real) slight administered to him by the DMV. He did not understand that there was one set of rules for him, and another for the DMV.

The officer and I discussed the possibility that the man would be allowed to go straight home, and would not drive the car again until it was properly registered. During the conversation wherein – again – the officer sounded oh-so-compassionate-and-diplomatic, he mentioned the number of years of experience he had, and how it was sad, some of the things he’s seen. He said that he was not the officer who made the stop: it was his subordinate.

He said that he would go talk to her – this younger, less experienced officer – but that the final decision was ultimately hers. He, after all, was merely an older, experienced, supervising officer, and he was not going to tell this youngster how to deal with a citizen old enough to be his father.

That just wouldn’t be right.

Off he went to talk to the officer, and her husband, presumably to “reason” with them about the real-world consequences that can befall an old person when their car is impounded. The costs. The potential downward spiral which could ultimately cause them to choose between that month’s necessary medications, and essentially abandoning their car, or risking their health, and bailing the car out of “jail.”

During the next ten-to-fifteen minutes, I tried to keep my client calm. I tried to convince him that as bad as the impound fees might be, it wouldn’t be the end of the world. We discussed the need to pay the state for the right to own property, even as they refuse to return money that they agree they owe you. For three years. He reiterated his promise to go pay the registration in the morning.

And we discussed not getting nasty with the officers, even if they decided that their lack of compassion required them to impound the car. Because the LAW that they ignore when it does not benefit them required it.

After about, as I said, ten, or fifteen minutes, I heard the supervisor returning. I heard him tell the old man: we’re going to take the car. I heard the old man, again, launch into an explanation of his story.

And I stopped him, reminded him of what we’d discussed.

Because I did not want him to be impounded.

After all, the supervisor who told him they were taking the car wasn’t to blame.

He was only not giving orders.