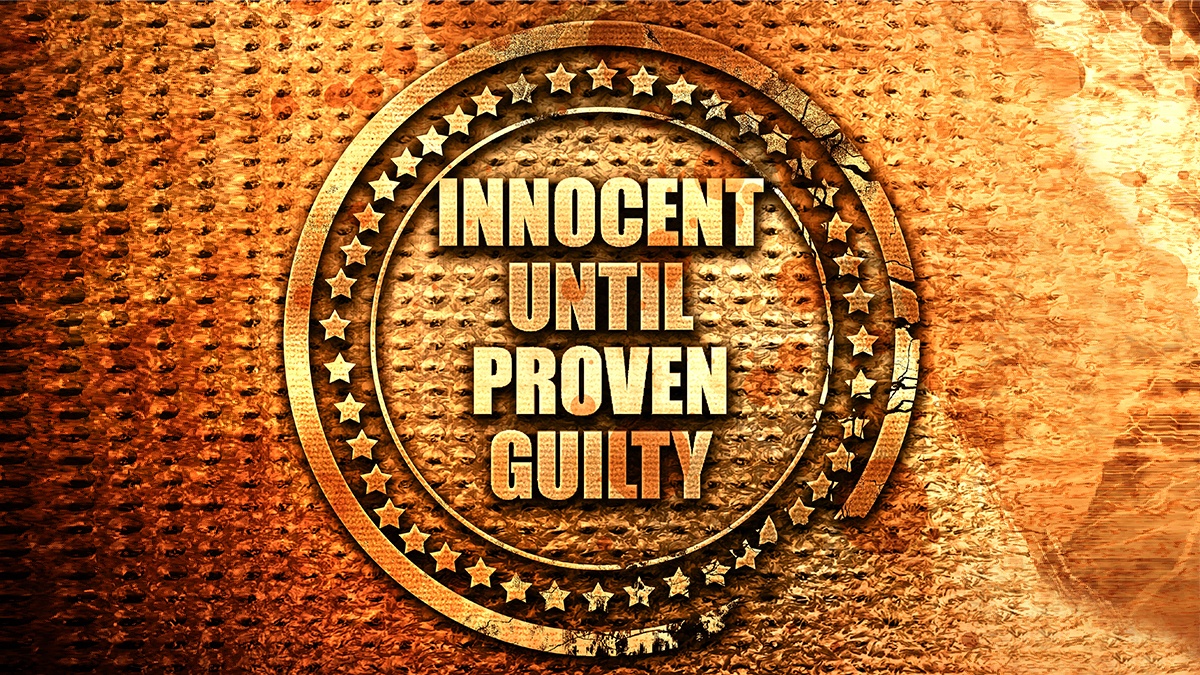 In 1895, the United States Supreme Court noted that

The principle that there is a presumption of innocence in favor of the accused is the undoubted law, axiomatic and elementary, and its enforcement lies at the foundation of the administration of our criminal law. [1]Coffin v. United States, 156 U.S. 432, 453 (U.S. 1895).

The Coffin Court, after stating this principle, pointed out that the concept is so well-established that “[i]t is stated as unquestioned in the text-books” and went on to explain that the presumption of innocence can be traced back to ancient Greek and Roman law and even to the book of Deuteronomy. [2]Ibid.

So why has the United States Department of Justice decided to officially abandon the principle?

According to a story I read in the Fresno Bee this past weekend, but which can be found here, the United States Justice Department is considering allowing the FBI to investigate people without any evidence that they’ve done anything wrong. The problem, notes one FBI agent, is that “we don’t know what we don’t know” and “the object is to cut down on that.” [3]Lara Jakes Jordan, “U.S. weighs profiling for terror probes” (July 3, 2008) The Seattle Times found at http://seattletimes.nwsource.com/ html/nationworld/2008031065_terror03.html (last visited July 6, 2008).

More and more these days, we seem to be forgetting some of the basic underpinnings that made the American system of justice the envy and model of the civilized world. The problem is visible daily in courtrooms when potential jurors say they believe the defendant “would not be sitting there if he hadn’t done something.” No doubt it underlies the mistaken belief that if you have nothing to hide, you should not be afraid of having your civil rights ignored.

I have an idea. Since we don’t really care about them anyway, why not just abolish the Constitution and do away with all our rights? This will solve a lot of problems. For one thing, Americans will no longer have to be hypocrites when it comes to following the law. Without any Constitution, the government can pretend that our rights are actually alienable, instead of unalienable. [4]See the Declaration of Independence. (“We hold these truths to be self-evident, that all men are created equal, that they are endowed by their Creator with certain unalienable Rights, that among these are Life, Liberty and the pursuit of Happiness.” Without any rights, we can dispense with trials, which most Americans consider an unimportant waste of time anyway. [5]Think I’m exaggerating here? When was the last time you met someone who didn’t complain about having to make the system work by serving on a jury? If Americans truly believed trials were important, we would not shirk the sacred trust that comes with being a juror.

But more importantly, if we agree to put the last nail in the coffin of the presumption of innocence, abolish the Constitution and do away with all our rights, the FBI can read all our emails, tap all our phones, or just go door to door throughout America, cutting down on the problem of not knowing what they don’t know.