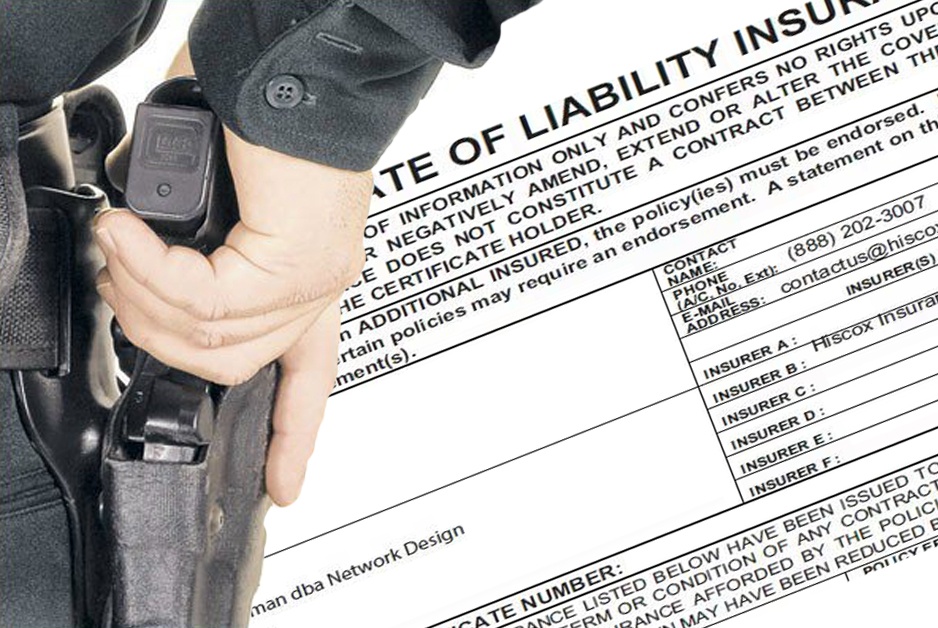 Insuring That All Lives Matter

Yes, that’s insuring, and not, ensuring, although I believe one can lead to the other.

And I didn’t use any hashtag in the title here because, although I know about the #BlackLivesMatter vs. #AllLivesMatter controversy, I’m not weighing in on that.

Rather, I’m going to accept, without arguing, that it’s not a bad thing for every person involved when police encounter ordinary citizens that both the officers and the citizen make it home alive. If you want to argue it, head on over to Twitter, and hashtag your heart out. (Or you could comment below, and I’ll razz you, or maybe just ignore you.)

I’m also going to recognize the fact that real police reform imposed by concerned citizens like myself is probably not going to be possible, where by “reform,” we mean “let’s try to convince police officers to quit killing us.” They’re not going to stop just because we ask them, whether nicely, or with more of our own force, and that’s that. As far as they’re concerned, we just need to STFU.

Today’s police officers too often see themselves as the final solution to all problems, whether legal, illegal, social, or anti-social. In their minds, there is nothing wrong with them taking on the duties of judge, jury, and executioner based on whatever information they’re able to garner in, say, under 18 seconds.

We’re not going to be able to change that just because it’s wrong.

We might be able to effect a much smaller change, though, which could ultimately have a butterfly effect on law enforcement’s tendency to shoot first, and ask questions later. And because the change is not even remotely unreasonable, I not only propose it here, but I encourage you to take this post, spread it far and wide, and act upon it by calling your elected representatives to tell them that you support this idea. Better yet, write them a letter, so they have a tangible piece of paper in front of them detailing your desires.

This idea is not something that is original with me. Among numerous places on the Internet where I found articles about it is this blog where a veteran police chief discusses ideas for improving police forces.

So as not to decimate existing police forces, let the statute be applicable on a date-specific for all new hires, and create some kind of “phasing in” period for existing officers maybe with some sort of incentive for those who acquire such insurance sooner, rather than later.

As a criminal defense lawyer, I carry liability insurance – actually, I carry liability insurance on my office, and I carry separate malpractice insurance on myself. This is true even though it is all-but-impossible to win a malpractice lawsuit against a criminal defense attorney. I could quite literally suck at being a criminal defense lawyer (I don’t, but I could), and you’d never win a lawsuit against me for malpractice. The reasons why are not important here. The point is that I have the insurance even though it is pretty much unnecessary. [1]Incidentally, it is not – not yet, anyway – a legal requirement that I carry the insurance in California. I do it because I consider it one more sign that I’m a professional.

So why not law enforcement officers?

Screw departmental policies, training, retraining, counseling, recruitment screening for temperament, civilian review boards, and all that sort of crap. None of it works.

Nor does it make much sense to argue, as I’ve seen some do, that the money should come out of the officers’ pockets. Officers just don’t have the kind of money to pay off the families of their victims.

The most important component of this proposal is that if an individual is unable to obtain the insurance, they are unable to work as a law enforcement officer. Period. No ifs, ands, or buts. No workarounds.

This final part of the proposal provides a beautiful means of weeding people out of the force who should never be on the force in the first place. Let insurance company actuaries help clean things up. Individual insurance companies can develop their own means of deciding who to insure, and who not to insure. After all, assessing and deciding on what is acceptable risk is what they do.

When innocent people are shot dead without warning because officers are too busy, too lazy, or too ignorant to think before shooting, then we do not need police officers.

Right now in America, you are more likely to be killed by a police officer than by a terrorist. Yet you’ll stand in line to have your balls, or breasts, or both groped; you’ll allow strangers to fondle your children; you’ll not even complain (Edit 3/21/2017: Link broken/removed.) to your congressional representatives (whose calls were “probably” also monitored) about having all your conversations collected, and archived – all this, just to feel safe.

How about we do something that will not just make us feel safe, but will actually make us safe?

If Justice Scalia’s modern police are really as professional as he thinks, then it’s well-past time to require law enforcement officers to carry professional liability insurance.