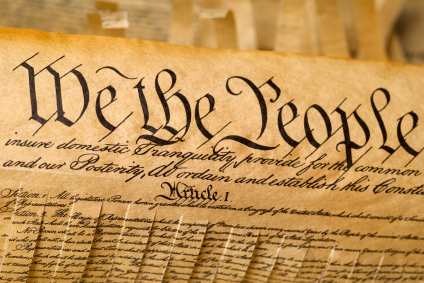 It Can Happen To You

Just about a year-and-a-half ago, I wrote a post titled “It Can’t Happen To Me.” In it, I talked about the attitude I run into repeatedly, one that seems to be now as ingrained as the idea that people gotta breathe, which is that constitutional rights protect criminals. Nobody else needs them.

Because if you haven’t done anything wrong, then you’ve nothing to hide, nothing to fear.

Sure, they’ve heard of it happening, but they’ve never really borne the brunt of it. And they don’t really believe what  black people say about how bad it is. I mean, most cops are good, right? Most cops — so they say — won’t beat you at the drop of a hat, even if they stand around and do nothing while their brothers in blue beat the living shit out of people when the hat drops. Those good cops, though, will indeed not just stand there — they’ll cover for their homies when asked what happened, even if they have to lie under oath to do it.

They just won’t join in the beating. Because, they’re good cops.

The upshot is that as long as white people aren’t subject to being stopped repeatedly, harassed, or killed, we don’t really need constitutional rights.

But why am I being redundant?

Anyway, like I said, white people got nothing to worry about, so it’s all cool.

The problem is — and anyone who has ignored the “Do Not Feed the Bears” signs for long enough knows this — once an animal gets a taste for humans, it will eventually be impossible to get it to stop eating them.

We — and our judicial system (which is to say, judges) — have allowed cops to feed on humans for too long now.

And the thing is, the chickens are coming home to roost.

You might think I’m mixing metaphors here, but, actually, I’m not — and not just because most cops really are cowardly, if carnivorous, animals. I could, in fact, throw in a few more metaphors for good measure. “Give them an inch, and they’ll take a mile” is another that seems to fit pretty well.

Anyway, that’s just what has happened. Cops have been allowed to feast on other humans, without repercussions, for too long. They’ve gotten a taste for it. The judiciary condones it. Some Americans — reminding us of the barbarous audiences of the Colosseum — even encourage it. Some of those because they, too, are sadistic animals; others because it’s good for ratings.

And, somehow, somewhere along the way, we discovered that we really don’t have any unalienable rights. As I noted in “It Can’t Happen To Me,” quoting the great American philosopher, George Carlin:

Our Founders thought they were writing a Bill of Rights, pointedly intended to remind United States government authorities that there are certain lines which cannot be crossed in dealing with individuals with whom they might come into contact. “Criminals,” or not.

The problem is that cops can’t read; judges don’t read; and the Bill of Rights is just words on musty old paper.

Now, it’s not just dark meat that the carnivores are after. They’re developing a taste for white meat. In fact, it doesn’t even matter anymore whether it’s scrawny-ass white meat from you, or the potentially meatier (more worthy) meat of another cop’s kid. The modern police force realizes that their meat tenderizers, cooking prods, and bulletized aerators work just as well on it all.

And if you think it can’t happen to you, well, then, you’re just not thinking.

Home » Criminal Defense Blog » Police Misconduct » It Can Happen To You