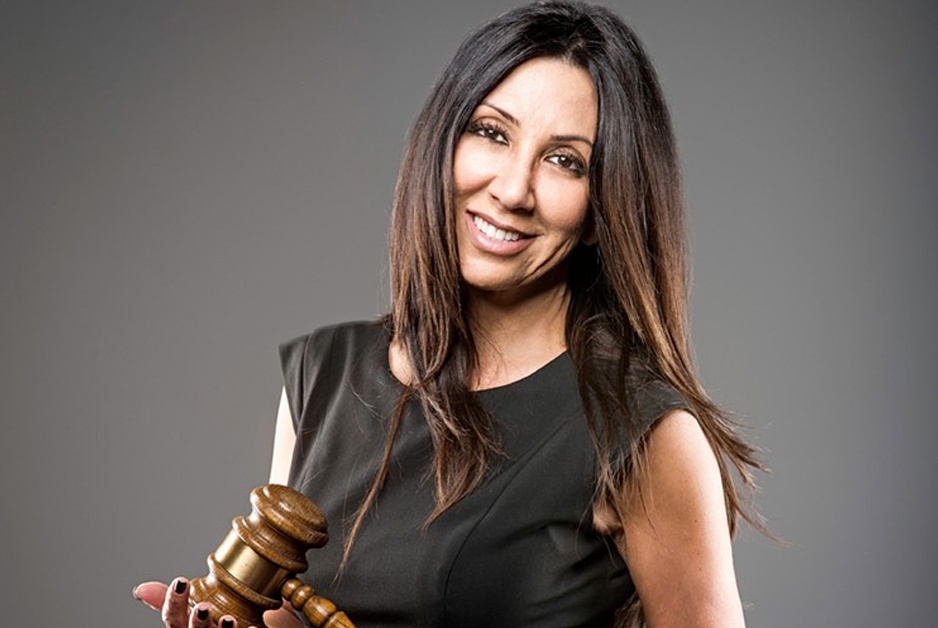 The “blawgosphere” — at least the part to which I pay attention — is justifiably a-buzz over a recent closing argument in a DUI case by Jacqueline Goodman. The title of this post hopefully means you’re not sitting there in suspense over who gave it.

So let me say it again, the criminal defense attorney inspiring all the buzz is Jacqueline Goodman of Fullerton, California.

“Wait a minute,” I hear you asking. (Well, not really, so don’t freak out; I’m just imagining I hear you asking, for dramatic effect.) “You’re using your blog to toot the horn of another criminal defense attorney?”

As an only slightly-evil woman I’ve heard of might say, “You betcha.” (Hey, just because stoopid people use cool catchphrases doesn’t mean I can’t appropriate them when they work.)

Jacqueline — I hope she doesn’t mind my referring to her as Jacqueline (and, should she ever have cause to mention me, I hope she feels free to call me “Rick,” as in “Rick Horowitz, Trix are for Kids…Rick Horowitz, coo-coo for Cocoa Puffs,” not to be confused with Denny Crane, except on certain propitious occasions) — has definitely earned every ounce of approbation raining down upon her from various criminal defense blogs.

One reason I’m not concerned about using my blog to toot Jacqueline’s horn is that she doesn’t practice criminal defense in Fresno.

Although come to think of it, I’m not so happy about that, after all. Not only would Fresno greatly benefit from it, but I’m sure I would, too. I can always use another good role model close enough to bounce ideas off of, or at least to watch and learn from.

Jacqueline is clearly not afraid to speak the truth to power. Here is the closing argument she gave which has everyone talking:

Everyone is pretending. Pretending that Andrew isn’t a good person, not an ordinary young man. Pretending that three sets of parents who held their babies in their arms and dreamed about their futures are any different from parents who, at that same time 23 years ago, on those very same days, held their first baby boy, Andrew, bounced him on their knee, and dreamed of his future, full of love and promise.

Pretending those innocent parents are not victims themselves. Pretending their pain is less relevant here.

Well I will not pretend.

Andrew Gallo is a good and gentle soul who never set out to harm another person, and who does not deserve to lose his life.

He comes from a good family– a military family, his own brother a marine. A family who, in deference to the pain of the parents of the victims, and without thought of their own sorrow, every day gave up the front seats in their son’s own trial to the parents of the decedents here. They quietly sat in the back, entered and exited last, even as their son’s taking was on display in slow motion.

And it is absurd to think that we can summarize in a few sentences the infinite value of any of these lives or the depths of sorrow at these losses. But the only way we might spare a life or several lives from a similar fate is to allow Andrew the opportunity to share the lessons he’s learned at such great a cost.

That would be a far greater and more fitting legacy to Henry Pearson, Courtney Stewart, Nick Adenhart, and Jonathan Wilhite. That in their names was dealt mercy and temperance and understanding instead of vengeance and blame. That in their names, others were spared their own lives. This would be the most fitting tribute to these extraordinary people. They would stand for forgiveness over blame.

My own father is dying. He saw me in court one time, and that was here, in closing arguments. My father is a recovering alcoholic. He had about 30 years of life-affirming sobriety. But it took him about 40 years to reach it. Fate denied Andrew as much of a chance.

Today Andrew and I know that we come into this battle to lose. The victory, sometimes, is in showing up. The victory is speaking truth to power. It is in speaking love to hate.

At this moment, my father is dying. Because I am in this hearing today, I may not be by his side when he passes out of this life and into the next. But know this: That I am profoundly privileged to stand next to Andrew Gallo. And in my father’s name, I proudly stand on the side of honesty. Of hope and redemption over blame.

That pretty much sums it up right there.

Scott Greenfield also quoted Jacqueline’s closing in his “There Is No Justice.” Scott reported the sad truth that Jacqueline’s client, a 23-year-old who made an incredibly-stupid mistake, was sentenced to 51 years in prison; he will be eligible for parole in 49 years. As I mentioned in yesterday’s post, he will be 72 years old.

Although I contrasted that with another deliberate murder which netted 11 years to those who admitted to it, I didn’t mention the last part of Scott’s post, which made a similar point about a murderer worse than either the murderers-by-choice I mentioned or Jacqueline’s client, who killed accidentally. Scott talked about a murderer who giggled while he was sentenced to less than half the number of years Jacqueline’s client received.

Andrew Gallo was stupid, not venal.  Jeremie Cancel was venal, but an ordinary intentional murder isn’t the latest focus of society’s outrage, even when it’s so personal as by strangulation.  And Cancel’s victim didn’t throw a baseball with great velocity.

The man Andrew Gallo accidentally killed was a pitcher for the Angels baseball team.

Of course, not everyone is happy with Goodman. On one discussion board apparently dedicated to the Angels, a few choice words have been said about her.

My favorite, though, is by this “douchebag,” to throw their own words back at them, who appears to think Jacqueline’s client got what he deserved:

I learned my lesson when I was younger. Friend’s dad died, and he wanted a drinking buddy. I started drinking with him, realized I would be too toasted to drive, and gave my keys to a bouncer friend. I don’t know who was dumber that night–him, cause he gave me my keys back (he said because I knew I was drunk I wouldn’t drive) or ME, cause I did drive home–and I don’t remember that drive at all, but do remember letting my dogs out when I got home. And I only lived 5 miles from where I was at. That doesn’t excuse it, though.

Oh. I get it. You made it home without killing anyone, so it’s okay for you to throw your stone.

Similarly — and if no one else will say it, I will — one of the victims in the case demonstrated the bankruptcy of his religious views when he said,

Enjoy your life in that cage in which you belong, because you are no longer here on Earth. I can assure you are headed to a much darker place.

Just one reason why yesterday I said “I’m not religious.” I am reminded of 2 Corinthians 2, but particularly verse 7, which, of course, the man who thinks he knows where Gallo is going completely embodies.

Well, not entirely. Gallo screwed up. There’s no question about it. He said as much himself. Jacqueline Goodman, however, stood by him. While one of Gallo’s victims stood to the left, Jacqueline stood to the right. She stood up and said,

Everyone is pretending…. Well, I will not pretend…. [I]n my father’s name, I proudly stand on the side of honesty. Of hope and redemption over blame.