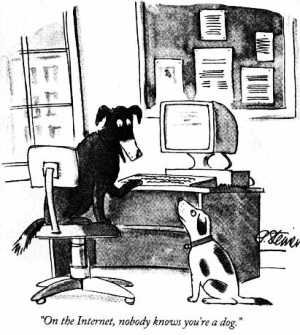 At the end of the day, we’re not just professionals providing a necessary – if frequently maligned, and even despised – service that, when it comes to criminal defense lawyers in particular, forms a core part of the traditionally-hyped freedom Americans enjoy.

And like other business people, if we intend to stay alive, we need business. We need people to hire us. One way, or another, we need advertising.

That advertising can take many forms. The “best” advertising is advertising that doesn’t feel like advertising. For example, you suddenly find yourself, or a close relative such as your son, husband, wife, daughter, is in trouble – someone important enough to you that you are willing to hunt down the best of the vile despicable creatures you normally malign, in order to obtain the best defense of that relative that you can afford.

A friend, co-worker, or acquaintance mentions to you that they know of a really good criminal defense attorney in Fresno by the name of Rick Horowitz.

But, to be brutally frank, if this is the only advertising any criminal defense lawyer ever relies upon to keep a criminal defense practice alive, there is a high likelihood that that attorney is going to go out of business. His kids won’t go to the fine schools. His wife won’t drive a nice car. The lawyer’s family won’t eat food. Or live in a walled domicile.

But other forms of advertising come with a couple of a problems. For one thing, they cost money. For a lawyer starting out, money might be in short supply. But even for a more-established lawyer – I’ve been doing only criminal defense in Fresno, Madera, Kings, and Tulare Counties in Central California for around 10 years now – money spent on advertising is problematic.

First off, a lot of attorney advertising is bullshit. I’ve lost count of the number of times I’ve seen people touted as “the best.” Avvo.com, where many attorneys I know have profiles because Avvo provides “ratings” of lawyers, has a fairly inscrutable rating system. At least, it’s inscrutable to me. For example, compare me to any other attorneys from my area on Avvo. My Avvo rating, though “excellent,” is 8.2 out of 10 (when last I checked). It’s been that way for many years.

Yet if you look at the particulars of my profile there, you will see that like many younger attorneys who have ratings of 9 or 10, I have no disciplinary issues. I have won some awards. I’ve been a speaker at seminars, or taught a class. I have a blog – this one – which, frankly, I think is fairly decent. I know people who wish I wrote more, so I guess it’s decent enough.

But even better than that, I have – again, at last count – fifty-one clients who have left me 5-star reviews. That’s the best you can score. And they say things like this one from just a few days ago:

Rick is in a league of his own. Why? He cares about his clients. Your [sic] not just another pay day. He doesn’t overload his schedule, so that he can give your case the attention it needs. He begins with a consultation and actively listens to your situation attentively and without judgement. He doesn’t fill you with empty promises. He gives it to you straight. In a world filled with bull-shitters, it’s quite refreshing to find someone that is honest.

He’s not the cheapest guy on the block, but he’s worth every penny. You get what you pay for and he is the real McCoy.

From an intellectual standpoint, he is a surgeon of law, as he thoroughly dissects your case and legal defense. You may come in with your plan of attack, but trust him he’s freakin smart.

Did I mention, he’s really good with answering his phone calls and calling you back. (ie.) He answered on Christmas eve, need i say more. Great guy, and if I ever landed in some deep do-do again, I wouldn’t hesitate to call him.

If I say so myself, that’s a pretty cool endorsement.

Thirty of my peers – fellow lawyers in the community, or who have worked with me – have endorsed me. Again, from a recent endorsement:

I endorse this lawyer. Rick is a fantastic lawyer. Referred a couple of a people to him. One of those people ask me who was the most Fearless lawyer I know. I immediately thought of Rick. I routinely bounce ideas off of him. I’m glad to know him.

I endorse this lawyer. Rick worked for me for many years as a law clerk and associate attorney. He has assisted me in court in several special circumstance homicide cases. On the very first case he handled for my office he won the trial. He is a hard working, aggressive advocate for his clients.

One of my favorites:

I endorse this lawyer. Rick is, quite frankly, one of the best attorneys I know. He is passionate and far more knowledgeable than most attorneys in his area of practice. Rick is a great advocate and I would strongly recommend anyone in need of an attorney to contact him.

I don’t know how to link in all the individual endorsements (I was able to do the first one because Avvo emailed me the link recently to let me know it had been submitted), but you can read them all here.

You can read all the client evaluations here.

Of all the lawyers in Fresno, I know none who have as many, or as powerful, endorsements as me. And one reason I ask clients to leave reviews on Avvo is because I know these are going to be real clients, and I have no control over Avvo – so no one can say I’m picking and choosing which reviews to show, and hiding the “bad” ones.

Yet despite the number of excellent reviews, I’m an 8.2, while many other local attorneys are rated 10 by Avvo.

But that just points out why I have this love/hate relationship with attorney advertising, and why I prefer “word of mouth” over any other form of advertising. Listen to Avvo, and I’m “just” 8.2 out of 10. Read what my clients, and other attorneys have had to say, and I look pretty darn good.

But, secondly, there’s another problem with online advertising, and it’s exemplified by a phone call I got right before I started this blog post. It was, in fact, why I decided to blog about this today. That problem is that what is true about lawyers – that on the Internet, nobody knows you’re a dog (or not) – so it is true that we can’t always know who would be the most use to us in terms of marketing.

Who is ethical enough for me to trust them with my advertising? After all, they’re going to be marketing me. I’m a professional. An attorney – or if you prefer the term, lawyer. Aside from my personal inherent moral compass (no, I’m not making a joke), there are rules of ethics by which I must abide. Outsourcing my advertising can mean outsourcing my ethical responsibilities, if I’m not careful.

Who can actually do the job? As I told the very nice woman who contacted me today to tell me that there are a billion directories out there with incorrect information about me (and she could help, she said), there are a billion marketers trying to market to me, offering to market for me. Aside from the timesuck of responding to two-to-three phone calls per day from these folks – even answering, and immediately hanging up, takes time – there is no way for me to know whether they can do their jobs.

After all, as I pointed out to her, those billion directories are allegedly in business to provide information, and they aren’t getting it right. Why should I trust someone who just calls me up on the phone, saying, “I can help”?

Then, there is the cost. Now I’ve frequently said that if I had to spend money on advertising, but the advertising actually worked, I would not mind. If it costs – as one of my colleagues told me just this morning what his website costs him – $1,000 per month, but it brought in (again, going off what he said) $10,000 per month, that’s fair enough.

The problem is that you talk to someone, you decide to hire them, you sign a contract to pay $1,000 per month for marketing…

Now what do you do?

But it is an issue. For years now, for example, I’ve continued to keep small listings in the yellow pages, because when I first started doing so people were actually using such things. But I don’t actually remember now the last time someone found me in a yellow pages book. Heck, I myself don’t even have one in my office.

And I don’t know what I should do about the replacement; i.e., the Internet.

Because I may have 51 clients, and 30 attorneys, who have touted my praises on Avvo (and more on Google, and Facebook, by the way).

But I still have no way of knowing which marketers are dogs.

So, meanwhile, I guess I’m sticking primarily with what I do now: maintaining my own website, and relying upon word-of-mouth, even if it’s mediated by Avvo.

As I was finishing up this post, I received a call from another Fresno attorney. He’s sending a client my way. When I asked why he wasn’t taking the case himself, he indicated it was a little outside his normal area, that he was also traveling a lot on a couple out-of-town cases lately, and that in addition to knowing me, he is always hearing what a great, and thorough, advocate I am.

I guess I must be doing something right after all.