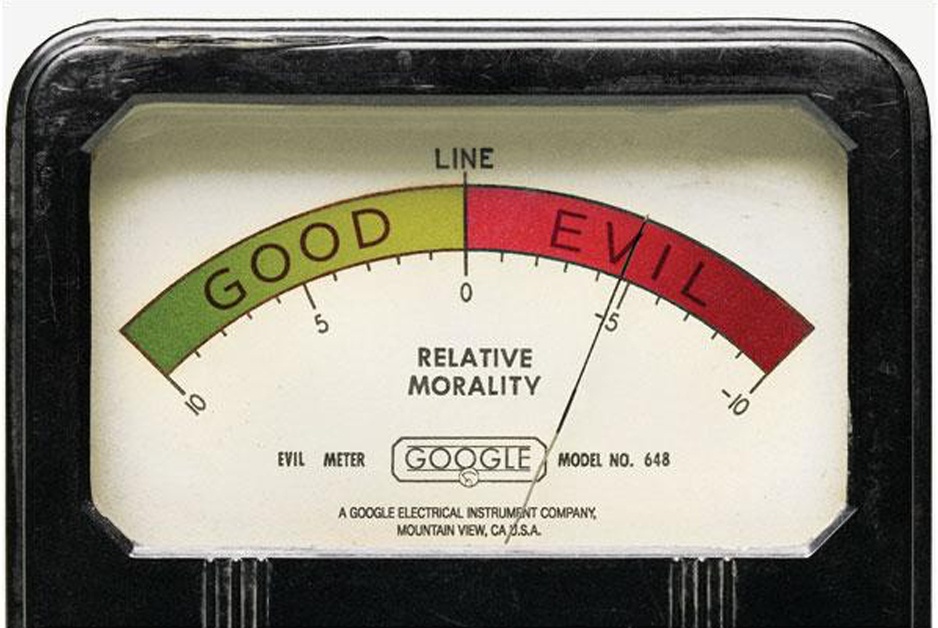 This is not your typical “legislating morality” post.  At least not typical of those I’ve seen before.  Those posts are about things like prostitution, drug use, and similar allegedly — and in actuality frequently — “victimless crimes.”

This post is about the growing movement to legislate a moral code and the concomitant view that if it’s not illegal, it’s not immoral.  I say “concomitant,” because I believe that the movement and the view are currently part of a nasty feedback loop that benefits neither the law, nor morality.

From what I see in the newspapers and occasionally hear about or see happening with my own eyes in Fresno, more of us are willing to ignore what is wrong.  I don’t know if it’s because we’re inculcated with that tendency by judges and court personnel who repeatedly do what is wrong and/or wink at police officers who do what is wrong, or if the officers and judges behaving this way are simply a reflection of the wider societal view.  I don’t know, that is, which came first, the chickens or the eggs.  But everyone seems to think that doing the right thing is someone else’s job and that as long as what they’re doing is “legal,” it’s moral; as long as it’s not illegal, it’s not immoral.

Maybe it’s just a function of the fact that I work in a setting that brings me into contact with the government more often, but I see this as particularly a problem when it comes to how government agents, including clerks, law enforcement officers, prosecutors and judges perform their duties.

The problem, as I said, may be societally-driven.  But with the law-as-the-only-moral-code paradigm growing, it is particularly irksome to see it in those responsible for the enforcement of laws, since law-as-the-only-moral-code gives them quite a lot of discretion in who gets punished for what, and how severely, and who gets a pass.  With the average American committing up to three felonies per day, officers who don’t like someone can always find a reason today to arrest people.  When almost everything is a crime meets the law-as-morality trend, prosecutors see themselves as saviors of society, high priests of the new moral code.  “Dismiss because your client had a simple lapse of judgment?  We can’t do that!  All of society would come crumbling down!”

And don’t get me started on prosecution-oriented judges.  The law-as-morality movement, combined with the tough-on-crime movement, has guaranteed that most judges today are prosecution-oriented, with disastrous results not just for criminals, but for those who merely sin.  This is seen most clearly in California’s prison-crowding problem.

Even defense attorneys fall into the trap of passing the buck instead of doing what’s right, opting for the easy way out because they aren’t doing anything illegal by not fighting back against “minor” wrongs like the routine shackling of juveniles. Despite inflation, if I only had a nickel for every time another attorney told me, in response to my complaint about something that’s “just wrong,” that I have to learn to pick my battles, I wouldn’t have to fight for a living; I could retire.

Okay.  Maybe not.  But I could definitely go out to dinner a few times.

“So what?,” you may ask.  “With all the differing views on morality today, we have to pass laws to ensure a minimal moral code is adhered to by all.”  That would be fine, if we were talking about a minimal moral code.  But we aren’t: increasingly, we’re legislating an entire moral code.  We’re creating a society where an independent moral system no longer exists: only what’s illegal is immoral.

This attitude, taken to an extreme, has unpleasant consequences.  People stand around and gawk after an old man is hit by a car, for example, without reporting it or trying to help.  Another young man sees his friend molesting and murdering a seven-year-old and doesn’t stop him.

Last fall, in Richmond, California, numerous disgustingly sick people stood by and watched for nearly two hours while a 16-year-old girl was gang-raped right outside a high school homecoming dance.  As you can tell by my choice of adjectives to describe these borderline “human beings,” I’m not favorably inclined towards them.  I can only hope and pray none of them are fertile.

But various members of the California legislature — always quick to pander to the public outrage over public safety failures — have proposed a cure that is worse than the disease: they want to make it a crime to fail to report a crime.

If I’m as right as I think I am, this can only make the situation worse, because it endorses the view that only what’s illegal is wrong, dragging along the corollary via a false application of De Morgan’s, that what’s not illegal isn’t wrong.

I don’t know if it’s possible to turn back.  Maybe, even if I’m right, we’ve no choice now but to continue to legislate morality.  Maybe we’ve already reached the point where, without doing so, there is no morality.  If so, then we’re lost.

We’re lost because a personal, familial, or community-based and personal, familial, or community-fed moral system has something critical that a law-as-morality system does not, particularly the one we’re building in places like California.  Communities help inculcate their values; the law merely punishes violators, leading to an increase in criminal behaviors.  This is particularly problematic because most people don’t know what’s illegal until they’ve been arrested and charged with violating the law.

This is a terrible and hopeless combination: a culture that believes anything goes except that which is illegal, but which does not teach what is illegal.

So now what?  I’ve talked myself into a hole here.  I don’t know what the answer is.  I don’t know if there is an answer.  Maybe an emphasis on rehabilitation — at least giving people some kind of moral compass after the fact — would help.

The only thing I think I really know is that it seems clear a system of law-as-morality, focused only on punishment and being tough on “crime,” is only going to make things worse.  And I think it’s up to those of us who work within the legal system to try to reverse the trend and fix this, if we can.

Ultimately, as I said, I don’t know the answer.  I started writing this entry partly to see if I could figure out what I think and why the concept of passing so-called “Bad Samaritan” laws bothers me, even while bad samaritans also bother me.  (My discontent is even more acute thinking about what happens when Bad Samaritan laws collide with Good Samaritan laws, as they ultimately will, but that’s going to have to be a topic for another article.)  One reason I write is to see what I think.  In the end, the only thing I really know is that it still feels wrong to attempt to legislate morality beyond the very basic level.

Maybe the real question, then, is “what is the basic level?”