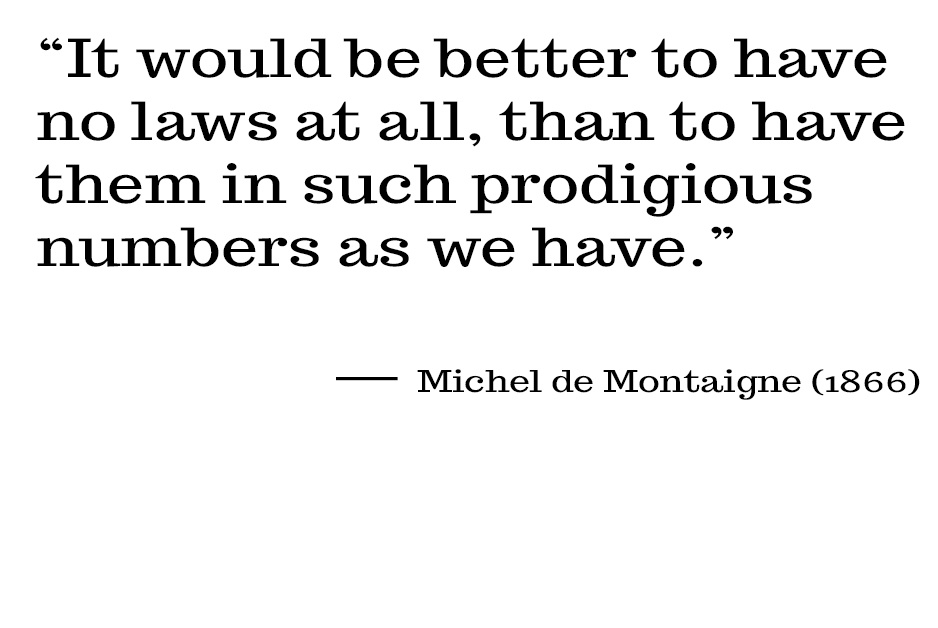 It will come as a surprise to some, but the United States of America did not always exist.

For thousands of years – even tens of thousands, and tens of tens of thousands – before what would later be called “the Grand Experiment” came into being through the Constitution of the United States, numerous other types of governments controlled people’s lives. When people were debating about whether or not to create the United States, one of those we sometimes call “the Founding Fathers,” Alexander Hamilton, wrote in Federalist Paper #9,

It is impossible to read the history of the petty republics of Greece and Italy without feeling sensations of horror and disgust at the distractions with which they were continually agitated, and at the rapid succession of revolutions by which they were kept in a state of perpetual vibration between the extremes of tyranny and anarchy. If they exhibit occasional calms, these only serve as short-lived contrast to the furious storms that are to succeed. If now and then intervals of felicity open to view, we behold them with a mixture of regret, arising from the reflection that the pleasing scenes before us are soon to be overwhelmed by the tempestuous waves of sedition and party rage.

The United States was meant to be something different, something which had never been tried before. Hence, “the Grand Experiment.”

The regular distribution of power into distinct departments; the introduction of legislative balances and checks; the institution of courts composed of judges holding their offices during good behavior; the representation of the people in the legislature by deputies of their own election: these are wholly new discoveries, or have made their principal progress towards perfection in modern times. They are means, and powerful means, by which the excellences of republican government may be retained and its imperfections lessened or avoided…

As Abraham Lincoln would later put it, ours was to be a “government of the people, by the people, for the people.”

The second paragraph of the Declaration of Independence for what would become the United States of America states:

We hold these truths to be self-evident, that all men are created equal, that they are endowed by their Creator with certain unalienable Rights, that among these are Life, Liberty and the pursuit of Happiness.–That to secure these rights, Governments are instituted among Men, deriving their just powers from the consent of the governed…

And, for the youngsters again, it was a “declaration of independence” because before it was written, and before people rallied behind it, there was no country called “the United States of America.” We were owned by the King of another country (the British King, if you must know).

That King was, in all the ways that counted, what educated people would call a “despot.” The rest of us would just call him a dictatorial prick, although “dictatorial” would not be one-hundred percent accurate, since there were slight limitations to his power in the form of a British Parliament.

You see, the King – among other things – deployed (sent) his soldiers out into the streets of our land. Ostensibly, this was to enforce the laws. His laws. They collected taxes, looked for contraband – things like people illegally selling “loosies” – and just generally roughed people up who got in their way. As you can easily see, it was kind of like – but, ironically, not quite as bad as – what our government’s soldiers do today.

And we, the people, got tired of it.

[W]henever any Form of Government becomes destructive of these ends, it is the Right of the People to alter or to abolish it, and to institute new Government, laying its foundation on such principles and organizing its powers in such form, as to them shall seem most likely to effect their Safety and Happiness.

The Declaration of Independence was our way of telling the world that we had gotten tired of it, and why.

Law-enforcement resources are now distributed so unevenly, and justice is being administered with such brazen inconsistency, that people everywhere are going to start questioning the basic political authority of law enforcement. And they’re mostly going to be right to do it, and when they do, it’s going to create problems that will make the post-Ferguson unrest seem minor….

…you can’t send hundreds of thousands of people to court every year on broken-taillight-type misdemeanors and expect people to sit still while yet another coroner-declared homicide goes unindicted. It just won’t hold. If the law isn’t the same everywhere, it’s not legitimate. And in these neighborhoods, what we have doesn’t come close to looking like one single set of laws anymore.

When that perception sinks in, it’s not just going to be one Eric Garner deciding that listening to police orders “ends today.” It’s going to be everyone. And man, what a mess that’s going to be. (Rolling Stone)

This isn’t a post about starting a new revolution, at least not in the sense of some kind of popular uprising that overthrows our government. (Although, god knows, there’s a mighty fine chance it will come to that someday, if we don’t do something better.) We don’t really need a new government.

What we need, is an old one.

One might decry the statement that what we need is our old country back. After all, the good old days really weren’t: women couldn’t vote; class was a more obvious, even if smaller, problem than today; and blacks were slaves.

But consider this: Today, almost anyone who has been properly vetted by some government agency can vote. [1]Want some more irony? Think “Deep South,” and then look at the map of restrictive voting laws passed in 2014. But that vote means little, or nothing, unless you are one of America’s new Super Citizens. Those Super Citizens themselves are controlled by a handful of the rich – more, perhaps, rich both in numbers of the rich, and dollars, than in the past, but relative to the general population of voters, still just a handful. The top 0.1 percent rake in nearly six-and-a-half million dollars a year, on average, while the poorest of the poor quite literally die in the streets for lack of resources. Even what they might receive, the authorities try to prevent them from obtaining. Let us remember what “0.1 percent” means, relative to everyone else: “the rest of us” comprise 99.9% of the United States population.

The top 0.01 percent, by the way? They average thirty million dollars per year. Every year.

You could not possibly spend a fraction of that money if you were the most profligate spender on earth. Not even if you really used that money to create jobs.

The land where all men are created equal now ranks fourth in inequality of income distribution.

It’s true that the nation our founders founded was not perfect – rather than be true to their own words about life, liberty, and happiness for all, they still enabled the perpetuation of slavery, and other, lesser, social ills. But what they did do was to put in place a Grand Experiment: a system of government that resisted concentrating too much power into the hands of one King, or a few Oligarchs. The Constitution of the United States – that word, “Constitution,” with a capital C, means that the document constituted, or created, the United States of America – explicitly gave certain powers to the government. These were powers that the government did not have, because the government did not exist until it was constituted, and given those powers by those who did have the power: the people who voted to ratify, or approve, the Constitution of the United States.

There was a huge argument over this Constitution, when it was first suggested to the people. Having just fought a war – against the King, against his soldiers, against a government with too much power, and control over their lives – they really did not want to replace one powerful, controlling government with another. So only certain, supposedly limited, powers were given to the government created by the Constitution. And then, because the people were still afraid of what the government might do, if it did not understand, and stick to the agreement regarding the limits on its power, the Bill of Rights was added.

These were the first ten Amendments to the Constitution. They were intended as a kind of Gandalf-style guarantee which said to the newly-created government,

The Constitution already created you as a small, limited federal government, but just in case, let’s be clear that when it comes to the line between you, and certain of our unalienable rights: YOU SHALL NOT PASS!

As I said, this came out of a great fight over whether to create the United States government, or not. Those in favor of the government wanted it strong enough to protect the nation, but weak enough so the people remained protected from the government. The Bill of Rights was, if you will, to be the leash on the police dog of government.

For a long time, it more-or-less worked. With the exceptions already noted above about women, the poor, and black people brought here from various places, freedom from an overbearing government was a reality.

But, as Aristotle wrote,

[In a void,] no one could say why a thing once set in motion should stop anywhere; for why should it stop here rather than here?

If Nature abhors a vacuum, Power similarly abhors any space where it may not spread itself. The Constitution had said that the government had boundaries, but once created, government said,

Why would you say that I, once set in motion, should stop anywhere; for why should I stop here, rather than here?

One branch of government – the legislative branch – was given, in the Constitution, permission “To make all Laws which shall be necessary and proper for carrying into Execution the foregoing Powers.”

Through the years, like nature confronting a vacuum, those powers have been constantly enlarged. So numerous are our laws today that quite literally no one of us goes through a day without committing a felony.

There is quite literally no way to enforce all the laws, all the time, due to the immense number and reach of those laws. The enforcement of the laws necessarily becomes arbitrary. Police officers being mere human beings – yes, I still believe cops are people, too – they, like the rest of us, will proceed in their lives according to their own prejudices the same as we, in ours, proceeding according to our own prejudices. And let’s be honest here: we are all of us prejudiced. It is a part of what makes us living creatures. All living creatures discriminate; that is, they prefer some things over other things. It’s how living things survive. They eat certain things; they don’t eat other things. They do certain things; they don’t do certain other things. They prefer certain environments for reasons of perceived safety, and comfort; they avoid other environments to avoid perceived danger, and discomfort. The line between discriminating, and prejudice, is a thin one; a mere matter of degree.

That’s why we speak of racial discrimination, or prejudice, and we mean the same thing regardless of which word we use.

Taking all of this together, I see two things:

There is only one way to ameliorate the damage that falls out of these two key facts about modern America.

And that is why you now need to go read this article.