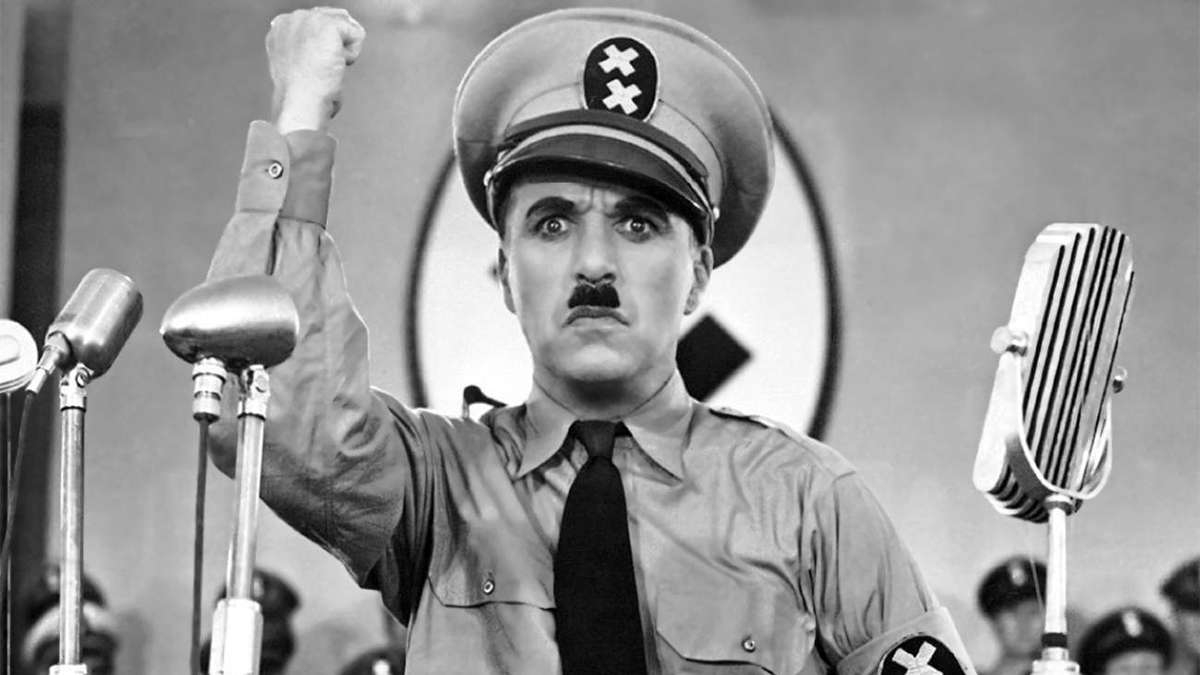 Are People Losing Faith in Government?

Last week, a Washington Post article came my way. “Justice” Thomas laments the “declining respect for institutions and the rule of law.” People are losing faith.

In advance, I apologize for the number of “scare quotes” in this post, and parentheticals. There’s just too much bullshit in American law — particularly where I practice, in Central California — for it to be otherwise.

And, of course, the Supreme Court surpasses all when it comes to politics.

So if “Justice” Thomas doesn’t understand why the “declining respect for institution and the rule of law” is happening, he might want to read this blog post.

Or ask his wife.

Activism & The Rule of Law

Although it’s true that for most of its history, the Supreme Court has been supremely dishonest and supremely hypocritical, there was a brief period, really, around about a half-century ago, when the Court leaned “liberal.”

Which is to say, it believed (at least a little bit) in Liberty. As “Justice” Thomas once noted. (Although, to be fair, “Liberty” is sometimes in the eye of the beholder. But that’s a discussion for another post.)

(Also, I don’t mean the new definition of “religious liberty,” which the Court does support, and which involves the “right” of the religious right to work towards a theocracy, and to deny other people the liberty to live their own lives as they will. “Rights for me, but not for thee.”)

Such “justices” as stocked the Court during the Liberty Era were smeared as “activist” judges. Because their rulings frequently overturned laws, and limited police powers, they were seen as making things up — making new laws, and new rights.

Which is really odd, because rights were previously something we had from birth, and were “unalienable.” Now they exist only if government-approved. To do that, the courts not only need to frequently overturn laws to expand police powers — think about “qualified immunity” for example — but they must ignore the constitutional restrictions on government.

But, more recently, new “justices” have arisen. A Republican legislature with enough power to do so, blocked the appointment of anyone deemed too liberal, or too activist.

Then Trump came along. Authoritarian? You bet. Add to the mix that he frequently argued there should be laws against people disagreeing with him, or writing bad things about him, or blocking him from causing the deaths of tens of thousands through his lies.

Trump is, or was, or uh, I don’t know, will be? Authoritarian. As long as he is the Authority.

Well, we need a new kind of activist “justice” to back those authoritarian ideas. Having lost faith in freedom, we need “justices” who will do what it takes to strip away freedoms hard-fought-for, and hardly-gained. (That last hyphenated set is deliberately ambiguous.)

The hoi polloi must be contained, and a politically-driven Supreme Court is just the thing to keep authoritarians from losing faith.

How Does One Trust Corrupt Institutions?

According to the WaPo article, Thomas suggests our “judiciary is threatened if people are unwilling to ‘live with outcomes we don’t agree with[.]”

Once again, supreme hypocrisy on display!

It’s hard to imagine a more activist Court than the one that — until the machiavellian machinations of Mitch McConnell finally locked in their power — aggressively pursued more of their dirty work in the shadows.

And, now, forget what the Constitution says about limited governments and freedom. With a iron grip on the Court for decades to come, it’s time for the real activists — those who would overthrow the Constitution — to come out in the open.

Stare decisis? Fuck that. Rich Republicans and right-wing “christians” gotta “fix” this shit. People thinking they own their own selves, bodies, lives. And they gotta “fix” it NOW!

A (very) brief period of time when the Constitution was more than a collection of inspirational, aspirational, empty words.

Losing faith is the natural outcome of seeing a political system — worse, one which pretends, and vociferously argues that it is not, political — that is rigged. And unfounded and debunked Trumpian protestations to the contrary, our system is very much rigged in favor of con men — such as Trump himself — and other rich oligarchs.

Over the last two terms, the Supreme Court has been busy laying the groundwork to cut back — the Latin word recisis, relates to cutting back — a whole host of freedoms. As the National Law Review says,

I mean, if you’re going to overturn decades of un-oppression and the “over-zealous” endorsement of individuals’ rights to control everything from their own bodies to where and how they travel without being monitored by the government to whether they try not to have babies at all to who they love, it helps to first show why all those stinky old cases need to go.

(Just don’t infringe on the Supreme Court Justices’ privacy while they’re infringing on yours!)

We have reached the point where the “law” is blatantly determined by the political — and religious — propensities of those who sit on our courts.

In my view, if the Court encounters a decision that is demonstrably erroneous—i.e., one that is not a permissible interpretation of the text—the Court should correct the error, regardless of whether other factors support overruling the precedent.  Federal courts may (but need not) adhere to an incorrect decision as precedent, but only when traditional tools of legal interpretation show that the earlier decision adopted a textually permissible interpretation of the law.  A demonstrably incorrect judicial decision, by contrast, is tantamount to making law, and adhering to it both disregards the supremacy of the Constitution and perpetuates a usurpation of the legislative power.

Will that hold true when it comes time for his vote on the “textually-permissible interpretation” on our constitutional freedoms?

After all, in early America, “abortions were allowed under common law and widely practiced.” Will Thomas recognize this, and vote on the side of freedom of choice?

I’ve lost faith in that possibility.

“Demonstrably erroneous” only appears to mean “Thomas doesn’t like it.”

It’s Not Just the Supremes

Unfortunately, it’s not just the Supreme Court. As a criminal defense lawyer practicing in Central California, I can tell you that our conservative judges and “justices” are no lovers of the law.

To take just one component, not just the federal, but our own California Constitution and laws long enshrined the idea of freedom. But for too long, California courts — and not just those in the red San Joaquin Valley — ignored those laws. We did this because people were being arrested. And, as our courts teach us, if they’ve been arrested, they must be guilty. Screw that whole “presumption of innocence” thing.

Plus, we’re getting too many non-white people thinking they have rights here.

Judges won’t usually state this baldly. Except in bail cases, where even today most courts erroneously state that the law requires we presume guilt of the charges when deciding bail. That’s not the law. It never has been. In fact, it is diametrically opposed to our law, and our state and federal Constitutions.

Unfortunately, explaining why is going to have to be something for another post, as it would take me too far off the path of what we’re discussing here: losing faith in our government, in our institutions, in the idea of freedom.

It would bog us down in the weeds of just one example. (If I ever blog about that, which I hope to do, I’ll try to remember to come back and modify this article to link it.)

The United States was founded on one key idea: freedom. We fought a “revolutionary” war — we even called it that: the Revolutionary War — to throw off a nation we felt too tightly restricted our freedoms, without giving us a word of say-so in the matter.

The truth is a little more complicated. It involves taxes, mostly. (The more things change….) But it was, still, a fight for freedom: freedom from oligarchs.

According to [history professor Heather Cox] Richardson, the unending struggle between American democracy and oligarchy began with the birth of the nation.

The oligarchs — the King of England, and those he appointed to run “his” colonies, and who corruptly controlled the lives of ordinary citizens — were fought by those who believed in individual freedoms. So much did they believe in freedom that they enshrined their civil rights before they even decided what form of government to create.

When the Patriots adopted their bill of civil rights before they adopted their form of government, they showed how important individual liberties were to a people who were fighting against what they felt was the oppressive government imposed by the king and Parliament.

The United States was created — constituted — as a limited government. But you would never know that today, from what it has become; it now controls nearly every aspect of our lives, from where we get our food, to what we can do with our own bodies, to where we can go to the bathroom.

In the process of unshackling the government, we have allowed the government to shackle citizens. Which is an exact reversal of how things started.

[W]e, the People who ratified, and who by not overthrowing the government continue to acquiesce in that ratification — we granted Powers — and not the other way around. Our government doesn’t give us rights, as people so often appear to think.

Under a system which vociferously claims to stand for freedom, while doing the exact opposite at every level of everyday life, it’s no wonder the People are losing faith.

No Easy Path Back to Freedom

There is no easy path back to freedom. In fact, there may not be any path back to freedom. After all, the first emergence of a “freedom of the People” on this continent was itself unique, hard-fought, and imperfectly-gained. (After all, an earlier draft of our Declaration of Independence drafted by Thomas Jefferson gave “they’re conscripting our slaves” — that is, they’re offering our slaves freedom and asking them to fight “us” — as a “grievance” against the King of England, and a reason to fight him. For G-d’s sake! Click the link and read it yourself!)

And then, we ended up with the infamous, and partially-misunderstood, “three-fifths” clause. Supposedly, it considered blacks to be “three-fifths” of a person. Sadly, it’s much worse than that: they were merely property. They were not even one-billionth of a person. But for the purpose of “balancing power” between the truly evil slave-holders — and I do think they were truly evil — and those who simply wanted to enshrine white male citizens as rulers, they were “counted” on the Southern scale.

Thus, “politics” has ruled how things work in the United States since before we — that is, you, me, or the “United” States — were born.

Bending the knee to power has been the end result of nearly every attempt at building a free nation. Think of Reconstructionism. Think of our new Supreme Court.

Which is why I have lost faith that we will ever be a free nation.

There is no easy path back to freedom, because we have never actually been free. All we’ve ever done is replace one oligarchic monkey on our back for another.