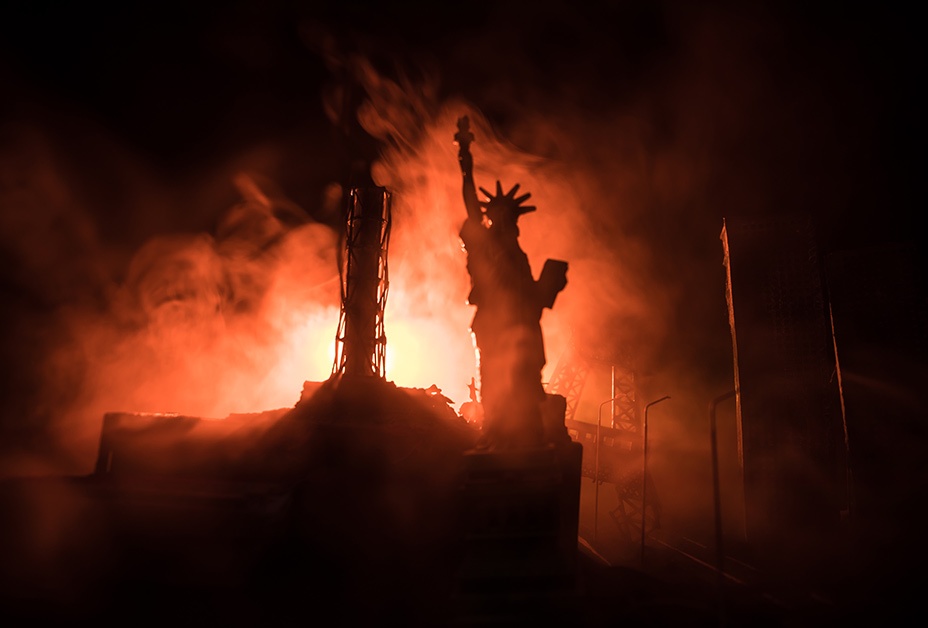 Some readers of this blog may have noticed a recent tendency to talk about “instrumentalist” approaches to the law. My offline focus lately has been on the methods and principles that lie behind the judiciary’s apparent turn against…well, against any sensible approach to deciding cases moored to a historical understanding of law and the Constitution.

In trying to understand what has happened, I recognized a pattern. Protestations regarding “original intent” amongst their leaders notwithstanding, judges have turned away from the conception and concepts of Law upon which this country was founded and built.  They—and we—have longed for simpler times.

Unfortunately for most of us ordinary folk, “simpler times” were times when the rich and powerful hung onto their riches and power through the ruthless application of arbitrary “laws” tacked onto a completely different framework than that built by our nation’s Founders.  The rest of the population, with no other way out until Christopher Columbus “discovered” America, adapted as best we could.

But then came this “new” country. [1]New to us, anyway; my apologies to Native Americans.  We weren’t stuck anymore.  Feudalism was no longer inevitable, already largely conquered by Mercantilism. The early capitalistic approach of Mercantilism was fueled, ironically, by the expansion of new markets. [2]I say “ironically” because Mercantilism requires tight governmental control over markets, but the markets did expand as goods were sought by the growing mercantilistic “companies.”  When Europeans moved out of their home countries to the Americas, they brought mercantilistic ideas with them which made friction between them and their home countries, ultimately leading to Revolution, inevitable.  Large numbers of people, seeking to avoid authoritarian control, just up and left.  They took themselves and sometimes their families to this “New World.”  They started communities shackled neither by the old ways of Feudalism, nor the new governmental controls that Mercantilism demanded.

Initially, the dearth of Europeans in the Americas encouraged both a healthy individualism and a new way of being.  Power was in the hands of whoever could convince others to give it to them, but the basic unit of freedom was the individual; it was a more meritorious system.  Riches were abundantly available to the resourceful irrespective of birth.

As this “New World” became more densely populated, the “Old World” tried, through increasingly draconian measures, to maintain its grip.  But, if you’ll forgive the somewhat anachronistic allusion, the genie was out of the bottle.  Individuals not necessarily born to great families had had a taste of how things could work in a “land of the free” and a “home of the brave.”  They were not easily cowed into accepting the old forms.

Eventually, a new Nation grew out of this resistance; a new way of life was codified in a Constitution creating what most hoped would be a limited government, with just enough “enumerated powers” to accomplish the most basic of governmental tasks.

An earlier experiment with a more loosely-knit Confederation—hell, not even knit, it was merely a juxtaposition of independent colonies—had brought some to the belief that a stronger, overarching government was necessary if the colonies were to survive and thrive.

But ordinary Americans were, and until recently always have been, suspicious of government.  Most of them had fled governmental, or church, control over their life choices. [3]Oftentimes they fled both, for then, as now, God was invoked by those who could not mind their own business and governments were tightly linked with specific churches.  Now you know why our Founders tried to separate Church from State.  They disliked authority and, particularly, authoritarianism.

These Americans valued exploration, newness, and largely-unbridled freedom.  No surprise then, the United States’ newly-constituted form of government was often called “The Great Experiment.” No government like it ever existed before—nor since.

Though realizing the need for a stronger government, the majority still resisted the idea of a strong government.  The Constitution that enabled the Great Experiment deliberately hamstrung the government; it was no accident.  The goal was to ensure that no new feudal system—nor even a mercantile system serving one King with his group of acolytes—could arise which would again subjugate the People.  We were well on the path (or so we thought) to pure capitalism.

Thus, governmental power was diluted by splitting it amongst distinct “groups” which would have to agree together, no doubt to compromise, to achieve anything. We wanted our government to be strong enough to do what everyone agreed was absolutely necessary, but weak enough not to trample individual rights in areas where no such agreement existed.

We still dislike government, to be sure.  But not for the same reasons as our Founders.  Our irritation over taxes, for example, is not because we abhor taxes per se, or even because we revolt over taxation without representation.  Those bitching the loudest about government right now aren’t really upset that there is too much government spending, however much they may try to convince us of that “fact”; they’re upset over what government is spending for.  Their real complaint isn’t with a strong government; they complain about how hard it is to get government to do what they, the bitchers and moaners, want. Our moorings lost, our Great Experiment failing, it’s not freedom and law for all that we want, but freedom and law for our tribe.

I’ve been thinking about all this for quite some time.  What really helped open things up for me came from the most unlikely of places: a book on “thinking like a writer,” albeit written for lawyers.

Behind the law’s coherent patterns of principles and rules lies something even more fundamental, something that creates and continues to support that coherence.  This foundation consists of legal theories or sets of theories, such as “economic efficiency” or “human dignity” or “individual rights essential to freedom” or “personal responsibility for one’s voluntary actions.”  These theories do not just underlie the law.  They have a pragmatic function: By giving primacy to one theory rather than another, a lawyer can decide how to act when legal principles conflict or leave a question unresolved. [4]Stephen V. Armstrong and Timothy P. Terrell, Thinking Like A Writer: A Lawyer’s Guide to Effective Writing and Editing (2008).  I’d give you the point cite, but I recently started reading books on Kindle for iPad.  Amazon has a kind of lackadaisical approach to creating software that’s actually useful for professionals; you can read, but you never know what page you’re on.  The quote comes from Chapter 1, in the section on “Writing for a purpose.”

Certainly our Founders considered these various “theories.” [5]In my opinion, the authors confuse “theories” with “principles.”  None of these items are “theories”; they are principles.  But the overarching theory—the one that drove the entire constitutional debate—involved creating a government just strong enough “to establish Justice, insure domestic Tranquility, provide for the common defence, promote the general Welfare, and secure the Blessings of Liberty to ourselves and our Posterity.” [6]U.S. Constitution, Preamble.

As the record of the constitutional debates—both as the Constitution was being constituted (!) and during the ratification process—demonstrate, there was a lot of give and take to achieve the delicate balance sought by those who eventually created the Nation we, their Posterity, have inherited.

But that balance is gone.  Those in power do not desire balance; they desire more power.  And all of us have forgotten our moorings—why these United States were constituted.

Instead of the establishment of Justice, we have a “justice system” whose real goal is closer to that of feudalism: control.  The instrumentalists no longer recognize Law as the principles which enshrine our unalienable rights, but as a means to put and keep people in their place.

Instead of insuring domestic Tranquility, our police forces—standing armies with military technology against which no watered-down Second Amendment prevails—regularly abuse our rights by ignoring the constitutional limitations on their power to search, seize, arrest, try and imprison us.  Rather than Tranquility, there is Turmoil.  We struggle to carve out lives under a new feudalism against arbitrary fiefdoms headed by this-or-that police chief, elected judges who owe more to Politics than Law or Justice, and, of course, the public politicians as well.

Instead of providing for the common defense, our military forces assist corporations in the acquisition of new resources.  We pretend that our goal is to bring democracy to others, but when those others don’t want our brand of democracy, we take what we actually wanted in the first place.  Our “common defense” is an “offense,” in both senses of the word.

And instead of promoting the general Welfare?  We don’t even recognize the use of the word “promote.”  We’ve confused it with “provide.”  Instead of a world like that our Founders knew, where resources went to those who worked for them, we have special interest groups.  We have “social programs”—like the recent bailout of Wall Street.  (You thought I was going to complain about helping starving families, didn’t you?  You’re wrong.  The early Americans would have supported that.  Most would have taken their own food and shared it with others gladly.)  We don’t promote the general Welfare; we provide Welfare for the already-rich.

Thus do we fail to secure the Blessings of Liberty to ourselves.

And to hell with our Posterity.

Until and unless we recognize this and return, not to “simpler times,” but to the principles with which this Nation was originally girt, the promise of the Constitution is lost.  The promise of a truly-free society is lost.

For “instrumentalism” is just fancy shorthand for “might makes right.”  Raw power—and nothing else—rules.

No good Republic has ever grown out of that.  That is how animals live, not we, the People.