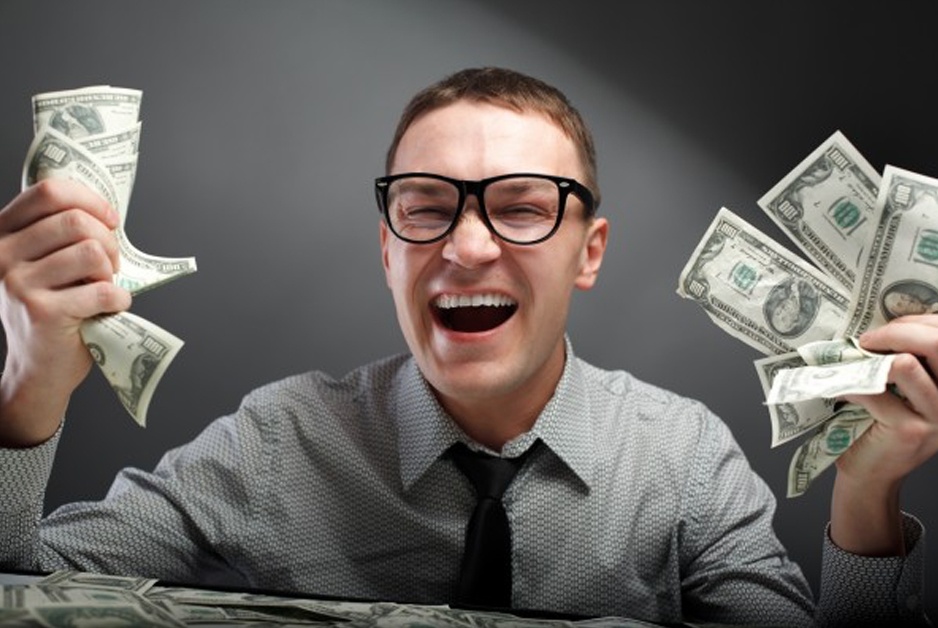 First thing this morning, my blog received a visit from some unnamed individual who bravely took me to task for “not caring” about doing my job. The basis of the pseudonymous complaint was the thought that instead of “moaning and whining” on my blog, I should “get off [my] butt and away from [my] keyboard and get involved and get it fixed.” The publicity-shy soul further indicated that lawyers like me don’t really care about anyone’s liberty and rights unless it impacts — as in “improves, or at least does not harm” I guess — our wallets.

Clearly, the unnamed individual does not know me, or anything about me. Or most other criminal defense attorneys, for that matter.

Fortunately, the rest of my day went a little more smoothly. After a sentencing hearing in Hanford, California, and a dispositional hearing for a juvenile case in Fresno, I returned to my office to find this email:

I wanted to write a letter regarding the way that Rick Horowitz handled my case. I was charged with 2 felonies plus added charges, and had no idea what to do. My wife and I were scared and completely lost, as we have never had any dealings with the law before. Rick stepped up and guided us through the process, getting my sentence down to a no contest misdemeanor with only probation. I want to say thank you, and to let anyone out there know that if they are accused of something and do not know what to do, call Rick immediately. He is not only a great lawyer, but compassionate and caring as well. I am very thankful my wife found him on Facebook, and just want to let people know that there is a defense lawyer who cares about your wellbeing more than your money.

Thank you Rick, for helping me get my life back, and giving my family the peace of mind knowing that I would be taken care of in this horrible time in my life. God bless you!

The only thing I want to add to that letter is that I “[got his sentence] down to a no[-]contest misdemeanor with only probation” by showing the prosecution at the preliminary hearing how bad their witness was going to look to a jury and by being totally prepared for trial. During the conversation amongst the judge, the prosecutor, and myself at “pre-trial,” both the judge and prosecutor expressed concern over the likely difficulty choosing a jury under the circumstances of that particular case, and the judge noted the trial would be “particularly ugly” with both sides having “significant bad facts.” The original charges included two “strikes.” An offer was made at pre-trial, which I’m required by law to communicate to my client, and the client decided a misdemeanor in the hand was worth two strikes in the bush.

I had already planned on writing this blog entry before that email arrived, but I think it nicely dovetails into what I have to say about “money-grubbing lawyers.”

Let’s start by admitting that some lawyers — like some people in other professions — actually are “money-grubbing.” You won’t, however, find very many of them in the practice of criminal defense. In my experience, which from talking to my colleagues does not seem to be all that unique, criminal defense is not “where the money is.”

Think about it for a minute, and you’ll understand why. Our laws tend to target, or at the very least are disproportionately used against, the disadvantaged in our society. You don’t see a lot of executives, doctors, airline pilots, or other folk who are making significant incomes, charged with crimes. Clearly it happens. But the system is biased against the poor, even if much of that bias is unrecognized by those responsible for it. If a rich white person commits a crime, they’re going to need a lawyer, but more often than we as a society care to admit, the rich white person who commits a crime is going to get a pass from investigating officers — depending on the type of crime.

“What about drug dealers?” you ask. Again, in my own personal experience, people arrested for drug-related crimes tend not to have bank accounts — at least not the ones coming to see me — nor significant assets. What cash they might have is almost always confiscated by law enforcement when they are arrested. By the time they get to me, they’re broke.

This thing about money has always bothered me. I frequently mention the words of attorney Vincent Hallinan (1896-1992), who was often referred to as “a lion in court.” (I used to link this to his autobiography on Amazon, but they now sell for ridiculously high sums, so I’m linking this news article about his death instead.)

Lawyers make a good living off the misery of others and any lawyer not willing to go to jail for his client has no damned right being in the courtroom.

Most attorneys I know are like me: we take this seriously. In my case, it impacts my judgment about what to charge for my services, as well as my handling of the case (both in and out of the courtroom). What I mean by that is this: I dislike the feeling that comes from “making a living off the misery of others,” so I tend not to charge enough for the work I do. This is particularly true because — although I’ve not yet had to go to jail for a client — the amount of work I put into a case is influenced by the recognition that this is how hard I am to fight: I am to fight as if it were me, and not my client, headed for jail; I am to fight as if I were fighting for my own freedom.

Most criminal defense attorneys I know are like this.

Don’t believe me? Here’s another “coincidence” from this morning, Brian Tannebaum, complaining on Twitter:

It’s no surprise that this pseudonymous commenter, though, doesn’t know what he (or she) is talking about. After all, the idea that criminal defense attorneys are “money-grubbing” was just one of many misstatements. It wasn’t even the funniest one. (That credit goes to the one about the sheriff being more than happy to release people from the jail on bail so as not to have “liability” for them, whatever that might mean.)

The unnamed coward also thinks the police get it right 99% of the time. I don’t know the exact numbers, but I know this is false. At one point, a few years ago, the Fresno Bee noted that the District Attorney’s Office was losing approximately 40% of all trials. Then there are the cases which are dismissed.

And, of course, there are the plea-bargained cases which, if nothing else, are typically capable of being made only because the District Attorney’s Office “overcharged” the case from the start. In other words, yes, the police may have gotten the right person, but then someone decided to charge a more serious crime than the conduct deserved, such as charging someone with commercial burglary when they shoplift a Magic Marker, or a lipstick, or a candy bar.

Then there are the “political” cases. Medical marijuana, for example, has been decriminalized in California. But tell that to Sheriff Mims, who heads up the Fresno County Sheriff’s Department. Tell it to Jerry Dyer, the Fresno Police Chief. Tell it to any number of other law enforcement officers in the Central California area. [1]I don’t mean that law enforcement in other parts of California is necessarily any friendlier, but in Central California, they don’t even pretend to care what the law says on this subject.

Many people are finding that, despite the passage of the Compassionate Use Act by the electorate, or the passage of the Medical Marijuana Program Act by the State legislature, law enforcement will quite literally ruin their lives, cost them jobs, destroy and/or confiscate their property, and leave them with a decision of whether they want to risk even more by taking the case to a conservative jury which may, or may not, care what the law says and acquit them of any bogus charges. I have a client right now whose wife lost her job because she came home while police were at the house, and the police refused to allow her to go to work, even though she has not been charged with any crime and neither of them have broken any laws.

Criminal defense attorneys do, in fact, play an important role in fixing the system when it goes awry like this. Of course, for those of us who are private attorneys, we have to be hired first. This has nothing to do with us being “money-grubbing” any more than you going to work at your job is because you are “money-grubbing.” The fact of the matter is that whether we are fighting the arbitrary imposition of governmental power, or performing the more mundane task of simply making the government prove its case, we’re not available to go work at the hospital, the grocery store, the gas station, the farm, or the factory. Defending people isn’t something we do because we were independently wealthy and got bored.

It’s how we make our living.

In some way — although I admit that I don’t always feel this way — we’re lucky to be able to get paid for doing something we love doing. (Many times I feel like I had no real choice in the matter: being a criminal defense attorney is something I did not choose; criminal defense chose me. So it’s not always a “labor of love.” I see things — like the medical marijuana case mentioned above — that I think are wrong, and I have no choice. I have to fight that.)

But regardless of whatever feelings, thoughts, or ideals might be motivating us to the work we do, the fact of the matter is that if we’re doing the work of criminal defense attorneys, we don’t have time to go get some other job to make money to feed our families. We have devoted ourselves to criminal defense and we are left with no choice but to charge for the time we invest in making ourselves the experts, the Knights, the Gladiators our clients need.

If I were independently wealthy — listen up if you have a few million dollars you’re willing to donate — I’d defend people for free. I’m not willing to be a public defender and work for the government, which will overload me with cases so that no matter how good I am — and see this post for my thoughts on that — I cannot do my job well. But if someone wants to help make me independently wealthy, I’ll be happy to work pro bono thereafter.

Because the truth of the matter is that I am like my brothers and sisters who practice criminal defense: I have to do this; I was built to do this; I am no “money-grubber.”