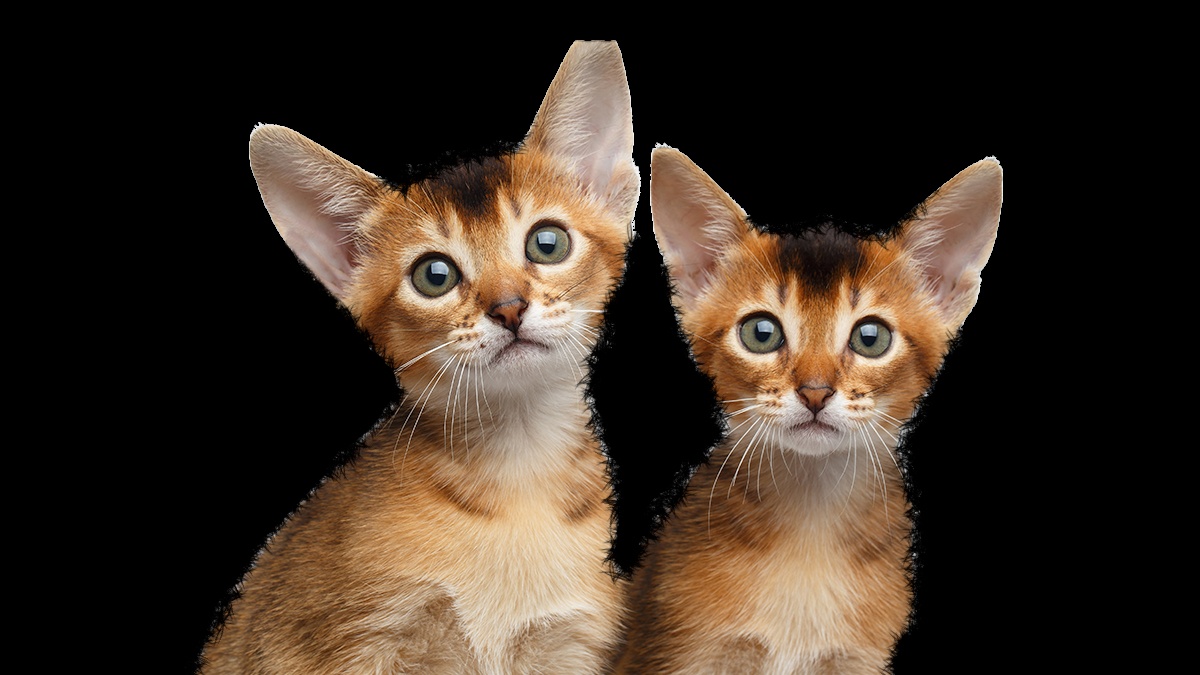 The Name of the Game

So One of These Things is Just Like the Other?

Imagine that you were told that two things, which appear to be identical in structure, parts, and everything else — but were different in some minor way — actually belonged to two completely different categories. That they were in no way the same. “Mask A” is a mask. But “Mask B” is not a mask, because its loops are slightly shorter, and the folds and stitching look a little different. Similarly, square “A” is a square because it’s to the left of square “B.” But square “B” is not a square, because it’s to the right of square “A.” A cat is a cat if it appears taller than the other object with which it is photographed, and the shorter one is not a cat — even if both look identical otherwise. Welcome to the world of arbitrary criminal law, which is the name of the game these days.

Nor do the arbiters of arbitrary criminal law feel a need to explain themselves, or the law. It’s simply the case that Mask A is a mask, and Mask B is not; Square A is a square, and Square B is not; the taller cat — even though this time it might be just a matter of placement, or whether one was squatting and the other was not — is a cat, but the shorter cat is not. You don’t know why. It’s a judicial mystery. The name of the game.

In fact, they don’t even explain as much as I did in that last paragraph. We call what they usually do a “Postcard Denial,” because the decision — “DENIED!” — can be written on a (very tiny) postcard (except these days, it’s usually a verbal “denied” in court, or terse one line electronic filing).

As one Fresno County Superior Court judge recently said — and whence I got the title and theme for this post — “That’s the name of the game sometimes, and you live with it, and you move on unless they’re in error.”

Except, what do you do when “they’re in error” and the judges — or “justices” — refuse to admit that? I mean, is it really true that Square A a square, but Square B is not a square, because A is left of B and B is right of A? Is one cat not a cat because it’s shorter than the thing that the judges, or “justices,” decide is a cat? Is a black cat not a cat, but a white cat is a cat?

How do we decide? How are mere mortals supposed to know?

And, so, for real lawyers — and that includes Public Defenders, by the way — the law is an important thing. Our clients’ rights depend on the proper interpretation of the law. Back in the day, we talked about “unalienable rights.” That’s constitutional-speak for the fiction that the government is not all-powerful, and honors the freedom of the People.

Hell, we even have a whole document that talks about this. As long as you ignore that mysterious “three-fifths” part.

But judges? Judges in California — as in too many states — are elected by the mob we call “voters.” Piss off the mob, and you’re out of a job. You might have to go back to honest work as a real lawyer again. No more, “DENIED!” without explanation. No more playing G-d.

Instead, you’ll be stuck trying to do legal analysis, and then arguing why that analysis supports your understanding of the law, instead of pandering. You’ll lose — a lot — because legal analysis only matters when it aligns with what pandering requires.

Problem is, arbitrary criminal law does not lend itself to analysis. That’s the nature of arbitrariness: useful for pandering; useless for any logical legal analysis. It’s the name of the game.

Or you could become a prosecutor. Become part of the team that trains judges to pander.

I Rant, But It’s How The Game is Played

You might think I’ve chosen to pointlessly rant here. No doubt a judge or “justice” would say you are right. After all, it’s the arbitrariness of criminal law that keeps them ensconced in their positions — keeps the mob of voters from being riled up against them.

It is, as that Fresno judge puts it, “the name of the game.”

That too many judges see this as a game — and not something that involves real consequences for real people’s lives — is a big piece of the problem. The arbitrary criminal law system developed out of the recognition by judges and “justices” that people are irrelevant to the process. What matters is to keep the ball rolling. To convince everyone that “you live with it, and you move on, unless they’re in error.”

The problem with that is this: who decides if they are in error?

Well, the ones who make the errors, obviously. And they’re rarely in error. As that same Fresno judge stated, “I think I made one in 2002, I think it was.”

And once they’ve made the error, and told you that’s part of the game, and you need to move on, what are you going to do about it?

You’re going to — to paraphrase our favorite judge — suck it up, and move on. That’s the name of the game.

Square A is a square, but Square B is not, because, well — who knows why? The judges and “justices” aren’t going to tell.

You might be confused about the source of this rant.

Since I’m not a judge or “justice,” I’ll explain myself.

I had a client in a criminal case. Now, obviously, he was a bad guy. Cops and prosecutors never arrest the wrong person, or get the facts wrong.

And — horror of horrors! — my client’s family managed to scrape together the money to get him released on bail after he was arrested.

Now, as anyone should know, once someone has been accused of a crime in the United State of America, that should seal their fate. They go to jail. Maybe later to prison. But whatever else happens, they don’t go free. Haven’t you ever played Monopoly? Go Directly To Jail! Do Not Pass Go! Do Not Collect $200! and, whatever else happens — even if you are later exonerated — don’t act like you didn’t do the crime.

I told you, he’s a bad guy. He’s accused of a nasty crime. That’s all you need to know, right? I mean, if he’s accused, shouldn’t he already be in prison? I mean, isn’t that the name of the game?

So how do we get this guy locked up again, after he bailed out?

Simple: We add a few more “crimes” to his Criminal Complaint to increase the bail. When he can’t afford it, he will go back to jail. Only…

There’s just one problem: only Count 3 is a crime. Counts 1 and 2 are what we call “penalty provisions.” In other words, they say, “if you committed crime X” — or in this case, you violated the statute known as subsection (a) — then you are going to be punished as specified here in statute Y, a.k.a., the penalty provision.

Now, most judges, and “justices” — like the mobs that are tweaked to vote for, or against them — have a limited number of neurons. And, as I’ve already explained, those are focused on the election; on keeping their jobs. It’s how the game works.

So in the case that has me ranting, the DA thought, “I’m going to take advantage of the limited intelligence of judges and their fear of prosecutors. This guy bailed out. I’m a DA. This guy belongs locked up. We might convict him. We might not. But for now my job is to make sure his liberty is history. I’m going to file the penalty provisions as if they were independent crimes. More crimes means more bail. The judge won’t understand that they’re just penalty provisions — especially if I argue that they are not just penalty provisions. After all, he wants to be re-elected, doesn’t he? So the bail will be boosted to a point the accused cannot afford, and he will go back to jail.” (Note: Prosecutors don’t actually think like this. They think “defendant”; not “accused.”)

Sure. Humphrey might have something to say about that.

Tell that to a judge.

My case involved Penal Code section 311.11. This means “child pornography.” So, right off the bat you can smell the fear in a judge’s or “justice’s” nostrils standing before the mob of voters. Everyone remembers Persky.

But if you look at section 311.11, you’ll see that it has a subsection (c), with a couple of subsections of its own.

Subsection (c) says that “[e]ach person who commits a violation of subdivision (a) shall be punished by…” and then spells out the punishment, if certain other factors are present, in addition to those spelled out in subdivision (a).

That’s the classic way of legislating a penalty provision known as an “alternative sentencing scheme.”

But the prosecutor didn’t see it that way — or, for the sake of boosting bail — said it wasn’t that way. And the judge? The judge just said, “Denied!” when I filed a Demurrer.

That, the courts have determined is a cat, or a mask, or a square, if you will. The courts have already ruled that what we have here is a situation where a violation of (a) is a substantive crime, and violation of (c)(1) and (c)(2) invoke — because of their additional factors, their reference to subsection (a), and their different punishments — an alternative sentencing scheme.

But This Is A Different Cat/Mask/Square

The difference is that Muhammad involves stalking. Stalking is an ugly crime, but it’s the tall cat, the mask labeled A, or Square A. We don’t like it much.

And we hateses that, my precious. That is the short cat, Mask B, or Square B. The name of the game is when it comes to what we hate, the law be damned, as well.

In other words, they are identical to the situation discussed in People v. Muhammad above.

They just, for my client, had a different result. Because it’s not the same: Muhammad is, again, the tall cat, Mask A, or Square A. Penal Code section 311.11 is the short cat, Mask B, or Square B.

In People v. Muhammad, at least the Court-That-Counts (which is to say, “the last court that ruled on the matter”) correctly noted that subdivision (a) was a substantive crime, but (c)(1) and (c)(2) were penalty provisions. Specifically, they provided alternative sentencing schemes, if, in addition to violating subdivision (a), certain other facts were true.

This shit all looks the same, but the labels are different. And, so far, as to Penal Code section 311.11, the courts say that’s what matters. One cat stands tall; the other hunkers down. One mask is labeled “A” and the other is labeled…well, “(c)(1),” or “(c)(2).” One square looks identical to the other, except we labeled them differently.

And that’s why going to court is, too often, a game. But it’s a game that doesn’t actually depend on cats, masks, squares, or penalty provisions.