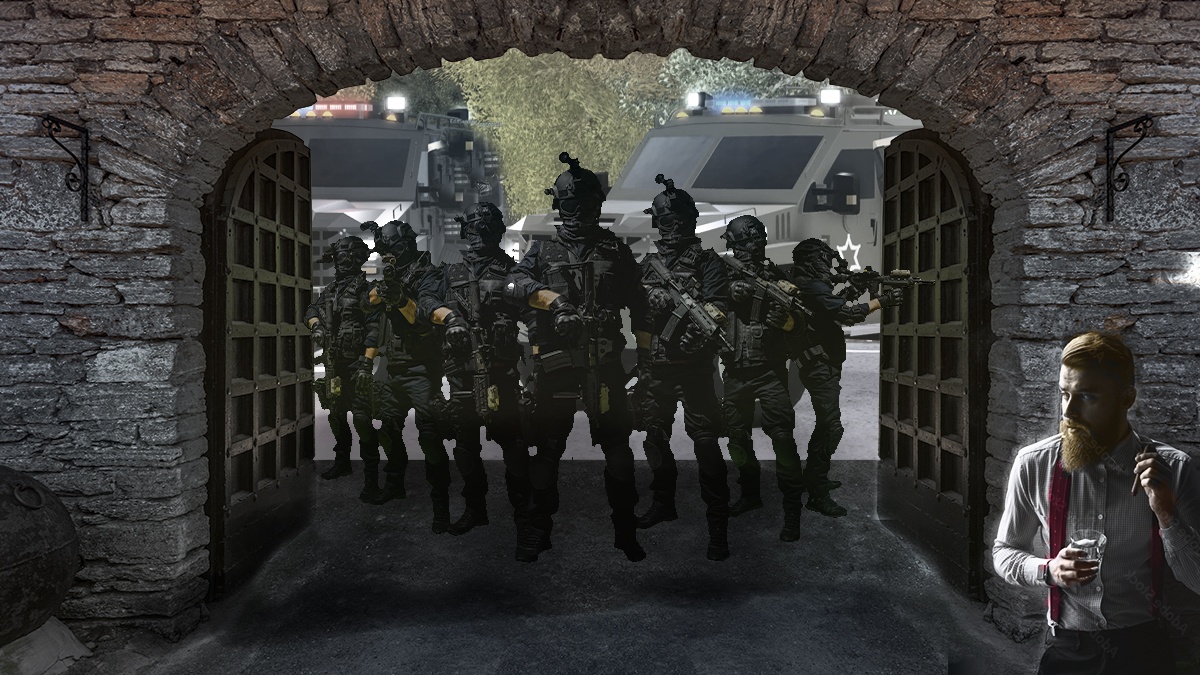 Fresno Makes Smoking in Your Own Home Illegal

If you rent an apartment, or live in a multi-family housing complex — which seems to me would include a duplex-type set-up, or a condominium you own — your home is no longer your castle. At least not when it comes to smoking tobacco — wacky, or otherwise. Starting in 2022, Fresno has made smoking in your own home illegal if it is, as I said, an apartment or multi-family housing complex. I don’t think they officially labeled it the “Non-Smoking Castles” law, but maybe they should.

And maybe it’s time to add another practice area to my law office.

A Person’s Home: Their Castle

Words spoken by courts are most often spoken sardonically.

Yet none are spoken more sardonically than those of constitutional origin and importance. In 1970, in Rowan v. Post Office Dept., the United States Supreme Court — somehow maintaining the semblance of a straight face — said,

The ancient concept that “a man’s home is his castle” into which “not even the king may enter” has lost none of its vitality.

Today, we would not restrict the ownership of castles to men. In fact, even England’s castles no longer are exclusively the province of men. We may not yet be so enlightened as to allow possession of a castle by “they” or “them,” because, after all, that would require a measure of recognition of a depth of freedom that not even the most freedom-loving amongst us has plumbed.

Yet this concept of a person’s home being their own castle is enshrined in our Constitution.

Our cases have recognized that the Fourth Amendment was the founding generation’s response to the reviled “general warrants” and “writs of assistance” of the colonial era, which allowed British officers to rummage through homes in an unrestrained search for evidence of criminal activity. Opposition to such searches was in fact one of the driving forces behind the Revolution itself.

It’s just that, if you live in Fresno, and your castle is of a certain type, smoking in your own home is against the law.

The End of Freedom

The problem is our judges — even the ones who use “she” or “they” for pronouns — all have erectile dysfunction: they’re unable to stand up for the Constitution, when push comes to shove.

As it so often does these days.

Plus, I said “enshrined,” when what I actually meant was “fossilized.” To “enshrine” something implies that you revere it. You wish to take active steps to preserve it. A thing fossilized is ancient, fixed, incapable of development — it is frozen in place, and has meaning only for the time in which it once existed. It holds no real sway today. Like dinosaurs. Or troublesome mosquitos trapped in amber.

And, like the dinosaurs, FREEDOM is a thing of America’s ancient past. Like those troublesome mosquitos, freedom is forever fossilized in our amber Constitution. No longer of interest to anyone but historians.

And those who might long for the days they could smoke in their own homes.

The Destruction of the Castle

After 1970, maintaining a straight face was the hardest part of writing opinions about the homes being castles: in 1971, President Richard Nixon began the War on Drugs. The War on Drugs depended on the destruction of the Constitution; it began and continues to this day to destroy our freedoms.

Unlike judges, politicians have the money to afford massive doses of constitution-fucking Viagra.

In Texas, the blowhards who are unable to maintain erections sufficient to impregnate a woman on their own will — perhaps because of this — insist that women impregnated by real men (albeit occasionally against their will) are not allowed to terminate those pregnancies.

And the various courts of the least dangerous non-political branch prove the lie of that label by allowing Texas’s abrogation of a woman’s right to control her own body to erase the human rights gains (arguably) made since the 1970s.

But, I digress. We were talking about the idea that a person’s home is their very own castle, which not even the King may enter. This, too, has been under attack by politicians, law enforcement, and judges since the 1970s.

The King’s Army may now enter, without warning, so long as a judge was asked for a no-knock warrant.

And our spineless judges being, after all, spineless, they are not known to turn down a request for a warrant, of any kind, for any thing, however general and illegal that might be, so long as law enforcement asks.

And sometimes cops don’t even bother to ask. Why should they? The Supreme Court is making up fantastical scenarios in order to chip away at the constitutional requirement that says breaking down the castle doors requires a warrant.

Fresno Outlaws Smoking in Your Own Home

In Fresno, California, similarly-minded authoritarians have dosed themselves with such power as to acquire a stiffie for fucking the constitutional rights of a person to do as he, she, they, or any-other-pronominal-attribution-type-person, might wish to do in their own house.

After January 1, 2022, certain types of castles will be declared non-smoking castles.

How will Fresno enforce this smoking ban? That part is not clear.

“In between now and [when the code takes effect on January 1, 2022], the division will be putting together all the different mechanics of how exactly this ordinance will be enforced.”

Fresno’s municipal code holds that building officials have the right to enter your home for inspections.

The Building Official is authorized to enter upon any property or premises to ascertain whether provisions of…ordinances are being obeyed.

— Municipal Code and Charter of the City of Fresno California, Article 3 “Housing Regulations,” section 11-305, subsection (b)

You have the right to refuse entry. But then the building official just needs to ask a judge for a warrant. See above for how that usually goes.

But what happens once they get the warrant?

No, silly. I’m not talking about the governmental violation of your freedom. We’ve already pointed out that “your freedom” is a thing of the past, even for something like smoking in your own home.

I’m talking about proof that you violated the ordinance that makes smoking in your own home illegal.

These may include taking photographs, video, samples or other physical evidence.

— Municipal Code and Charter of the City of Fresno California, Article 3 “Housing Regulations,” section 11-305, subsection (b)

“Building Official, Sir! I found a shirt here that smells of cigarettes! Shall I collect it as evidence?”

Or, because smoking is still legal — so long as you are not smoking in your own home — will they have to run around sniffing couches, cushions, and curtains?

Or will it be enough if, after you answer the door, they say they “smell the odor” of cigarettes or burnt marijuana emanating from within? The whiff of pot — real, or imagined — may no longer allow for car searches, but will it support a citation for violating Fresno’s new ordinance?

How the Plain View Doctrine Could Lead to Your Arrest

Will they be allowed to open drawers and closets in search of cigarettes, or evidence of smoking in the home?

This matters because the plain view doctrine, also called the “plain sight rule,” allows a police officer to seize evidence of a crime without a warrant when the evidence is clearly visible.

The United States Supreme Court, at least since the 1980s, stated that this rule applies whenever police are legally in the place where they plainly see the evidence. And, in a California case,

Under the plain view doctrine, “. . . if police are lawfully in a position from which they view an object, if its incriminating character is immediately apparent, and if the officers have a lawful right of access to the object, they may seize it without a warrant.

In Calvert, the police were legally on the premises to inspect vehicles, including title and registration, when an officer wandered upstairs, through some offices, smelled burnt marijuana, saw powder and straws on a mirror, and seized the evidence. Calvert was arrested and charged with various drug violations.

As the United States Supreme Court plainly stated, relying on — surprise! a 1971 case:

If evidence of criminal activity is discovered during the course of a valid administrative search, it may be seized under the “plain view” doctrine.

So. Do they get to look in your closets? Your clothes drawers? Your refrigerator?

What Should You Do?

Know your rights. As noted above, you do have the right to deny entry to a building official who wants to inspect your home. Yes, they’ll eventually get in with a warrant, if they really want to do so. But it may buy you time to put things away — hopefully somewhere they aren’t allowed to pry into — and maybe do a little house-cleaning.

After all, it’s not yet against the law to spray your furniture and carpets with Febreze®.

Did you enjoy this post? Share it with a friend! Leave a comment below! And if you haven’t already subscribed, click the button and get my free ePamphlet on “How to Hire a Criminal Defense Lawyer.”