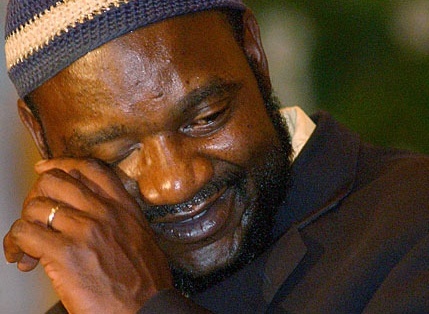 One Big Cauldron of Legal Fiction

Darryl Hunt killed himself the other day.

I hope you came back to this post after clicking the link, because I know more than a few you of were asking, “Who the hell is Darryl Hunt?,” and didn’t want to wait to hear it from me.

For those who didn’t click the link, this Wikipedia entry appears to accurately sum things up:

Darryl Hunt was charged with murder due to inconsistencies occurring during the early phases of the case. The 19-year-old Hunt was charged with the rape of a local copy editor, Deborah Sykes. No physical evidence linked Hunt to the crime, but there were claims (later proven to be false) made by a hotel employee who saw Hunt enter the hotel bathroom later that morning and exit leaving bloody hand towels, as well as other witnesses who placed Hunt near the scene. He was convicted by an all-white jury,[5] and sentenced to life imprisonment. In 1994, DNA testing cleared Hunt of any sexual assault, and because sexual assault was at the heart of the murder case, the murder charges were then in question. In December 2003, Willard E. Brown confessed to the 1984 rape and stabbing death of Deborah Sykes after DNA testing linked him to the crime.[1][6] His confession ultimately led to the release of Darryl Hunt, who had served about 19 years of a life sentence for a crime he always denied committing.

On February 6, 2004, Superior Court Judge Anderson Cromer vacated Hunt’s murder conviction in the case.[1] Cromer dismissed the case against Hunt “with prejudice”, meaning he can never be tried in the murder again.[1]

Although Sykes’ mother took the stand at his release hearing and stated that she still thought he had killed her daughter, Hunt offered Deborah Sykes’s mother his condolences for her loss, and forgave everyone for the years he spent in prison.

Darryl Hunt was the founder of The Darryl Hunt Project for Freedom and Justice and The Darryl Hunt Freedom Fighters. He was an award winning speaker, mentor, community activist and author. Hunt has spoken to hundreds of conferences, schools, film festivals and religious groups, in an effort to spread his message of reform and compassion. He played a pivotal role in North Carolina’s statewide effort to pass a Death Penalty Moratorium Bill and has appeared before a US Senate Judiciary Committee hearing on the death penalty appeals process.

At least one movie, and two books, were made about Darryl Hunt’s case.

Darryl Hunt had always maintained his innocence. In 1989, after his first conviction was reversed, the prosecutors offered Hunt a deal: admit guilt, and be sentenced to time-served. In other words, if he had taken the deal, Hunt would have been released from prison. He refused, still maintaining his innocence, and in 1990 was convicted again.

In 1994 DNA was eventually tested, despite the prosecutors fighting the tests, and did not match Hunt. Prosecutors argued that this did not prove innocence. As I recall (I don’t have a cite for this right now), they switched up their theory, and argued that he could have had an accomplice in the rape, and murder. But in 2004, after the DNA had led to another convicted murderer, who confessed, a court exonerated Hunt. He would later use his nearly-two-million-dollar settlement in an ongoing battle for criminal justice reform, fighting the death penalty, and to help others recently released from prison. 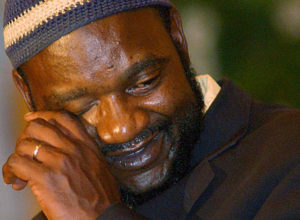 Though he was described as calm, modest, and peaceful, I can’t imagine what must have gone through his mind on a daily basis. Max Blau, writing in the Guardian, pointed out:

As the years passed, his friends watched the work take a toll on Hunt. At one point, Zerwick recalls, Hunt stopped watching the documentary that would screen before his panel discussions because it became “too difficult to constantly relive that horrible experience.”

Eventually, his life began, once again, to fall apart.

Over the past few years, Hunt fell upon a period of increasing hard luck that started with a divorce from his wife. In September 2014, April Hunt filed a domestic violence complaint in which he allegedly “talked about how worthless he is and [that he] should die”. (Hunt’s lawyer, David Hough, denied those claims at the time.) Soon after, Hunt left town for metro Atlanta in search of his long-lost sister. After finding her, Hunt rented a house in Jonesboro, Georgia, where he stayed with his sister and her teenage kids, all while he underwent treatment for prostate cancer.

In early 2016, Rabil said, Hunt returned to Winston Salem because he “missed the work”. Upon moving back, he discovered his assets had been frozen, which led to the repossession of his truck due to a missed payment. As that happened, his cancer had advanced to a Stage IV prognosis. All the while, Hunt’s depression seemed to grow, becoming increasingly evident to his friends, despite his private nature.

In another article, Barry Saunders writes,

Asked what he thinks caused Hunt’s death, Eversley said, “We don’t think anybody did anything to Darryl.”

Maybe not that night.

Maybe not that night.

We did, however, undoubtedly do something to Hunt for a whole lot of nights before that.

Yes, we. We created the cauldron of legal fiction that results in the the ever-changing, never-changing story of innocent men going to prison, with some eventually being exonerated. We are responsible for a criminal law system gone awry. We with our certainty that everything has simple answers. We with our willingness to jump to conclusions – especially, but not exclusively, about black men accused of raping and murdering white women.

Our criminal law system is widely misunderstood. From my experience of the last twelve-plus years, [1]Some of that as a certified law student working in a criminal law specialist’s office; most of it as a private practice lawyer handling nothing but criminal cases. it’s even misunderstood by a lot of lawyers – yes, including even some criminal defense lawyers. Hell, on occasion I sometimes catch myself saying things which make me think I misunderstand it.

And judges? I’ve come to the conclusion that a large number of judges – even good ones – are sometimes worse about this than anyone else.

“Good judges” are the ones who will occasionally be swayed by argument to abandon the idea that the government is always right, the arrested person is always guilty, and their main job is to process cases as quickly as possible so we can get through the mess. Your average judge, though, seems to have become callous; inured to the idea that they must say pretty, pretentious words meant to convince everyone that the law is being followed, while offering intricately-woven “findings” and embroidered legal-sounding statements to explain why the law doesn’t apply in a particular case, or why the failure to follow the law that did apply was “harmless error.”

They are like the Emperor, after the small child has brought the town to its senses, insisting that “this procession has got to go on.”

We pretend that such things as “probable cause” have meaning beyond “this is a thought that popped into the cop’s head,” or that “beyond a reasonable doubt” is actually considered by juries.

Does it happen sometimes that a cop really finds probable cause to support a warrant, or a search? Sure it does: people really do commit crimes sometimes, and sometimes law enforcement finds clues in perfectly legal investigations which catch them. But for every time that happens, I’ve come to the conclusion that many (if not most) arrests occur because our Constitution, our laws – in short, the foundational principles of our society – are completely ignored.

You read a story about the police solving a crime. You don’t stop to think how amazing it is that the police so quickly located the individual in a particular neighborhood with the gun hidden not-so-slyly away in the closet. That’s because you don’t know that what really happened is the police simply went door-to-door, entering every house in the black neighborhoods where a suspect might be found – not even “probably would be found,” but might be found – until they located someone who fit the bill. Maybe it’s not even the right someone, but you know the saying:

Sometimes, depending on just how much information they have prior to their illegal raids, they might find the person who committed the crime faster than other times.

But it doesn’t take much “information.” Sometimes nothing more than “he was black,” and the black neighborhoods will get their door-to-door visits. “He was a gang member,” might narrow that down a little bit. But maybe not. Because “gang members” are often members of families, or have friends, who live in the same neighborhoods where they live. Because it’s not like they all hang out at one local clubhouse.

The court has struggled with the current affidavit as to the issue of probable cause. The court and counsel have the benefit of being able to analyze, reanalyze, dissect, and re-dissect the information in the affidavit. We have extensive research available to us. It is unreasonable to hold a detective to these standards. Therefore, the court finds that a reasonable well-trained officer would objectively reasonably believe that the current affidavit provided probable cause to search the residence. The exclusionary rule does not bar the admissibility of the evidence seized from the home.

The court will say this even though counsel did not struggle with the affidavit, which was so clearly lacking in probable cause that the wrong person was named, the address was incorrect, the conclusory statements of the writer of the affidavit were supported only by hearsay from people trying to garner favor in a murder case for which they’d been arrested, and, ultimately, even that information failed to show a connection between the person the informer thought had done something, and the house the police searched. But we cannot expect a “reasonable well-trained” detective to know, or understand this, or the laws applicable to either the writing of affidavits, or searches, no matter how much they testify that they have had incredible training on those very points.

Because that’s what the careful review was for: to find the path to denial.

The Emperor-Judge weaves his own clothes, and dares you to tell him that they are not truly the most wonderful things you’ve ever seen.

But juries! How can you say what you said about juries?! Don’t some juries actually consider the “beyond a reasonable doubt” standard when deliberating? Of course! There are all kinds of people in the world, in all kinds of combinations, and it is entirely possible that a jury could come together where the principle reins. But the numbers of potential jurors who say, “Well, he [the accused person] wouldn’t be here if he hadn’t done something,” is legion.

And the Emperor-Judge, working with an apprentice – the prosecutor – will weave some more wonderful clothes to transform this potential juror into an actual juror who “can follow the court’s instruction, and give fair consideration to the evidence.” Even though these clothes are just as transparent as those woven in every other situation that bears the name “legal fiction.”

Add to all the above the increasing complexity of modern life, and the unfortunate American embrace of coarse and vulgar attitudes toward the Other, and we have created a toxic criminal law system which is nothing but one great big cauldron of legal fictions.

No one who either helps to cook it up, spread it around, or – god forbid – falls into it, escapes unscathed.

Darryl Hunt was one such victim. Though for a while, it looked as if he had overcome what we did to him, demons from the past apparently called for reinforcements in the form of new hardships.

It was more than he could handle.