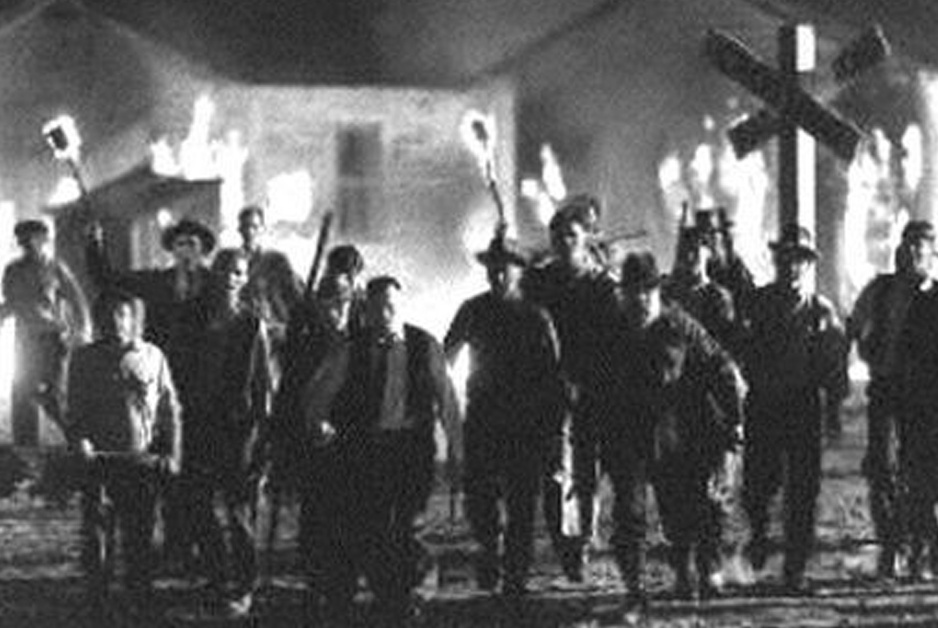 One Ruling to Decimate Them All

I did not always intend to be a criminal defense lawyer. I’ve mentioned before that because of my technology background, I had planned on going to law school to become a rich technology lawyer.

Instead, I chose to become a relatively-poor – screw you, I’m talking about money! – criminal defense attorney in one of the most lawforsaken areas of the country: Central California. Home of farms, fucked-up cops, and farcical “courts” populated by judges who do things like turn to the gallery, and say, “If you all wouldn’t commit so many crimes, I wouldn’t have so many files.” [1]This happened just last month in Visalia. So much for “innocent unless proven guilty!”

My primary county, Fresno, is not the worst – for that, you’d have a tough contest between Tulare, Kings, Madera, and Merced counties. In most of those places, the judges appear to believe their job is to help the cops and prosecutors get people into prison as quickly as possible.

But when you consider that Fresno is the birthplace of the Three Strikes initiative that has nearly destroyed not just California, but our nation, and is the home of the likes of Mike Reynolds, well…

Ironically, while it was encountering the anti-defense attitudes of some fellow-students that first scratched the surface to reveal an apparent budding Matlock, [2]Yeah, I loved the show. So sue me. it was an unlikely professor who helped me complete the transformation.

Judge Jon Conklin, then a “mere” AUSA (federal prosecutor), gave me frequent encouragement. In one particular conversation that I remember, he just flat-out told me that he thought I would “make a great criminal defense attorney.” According to a couple of my fellow students, he once castigated the class while I was out for surgery because he was deliberately spouting b.s. to provoke them, and no one challenged him: “Where is Rick?!,” he allegedly said. “He would never let me get away with this!”

Once, I commented that it seemed a little strange to me that an AUSA would be recommending that I become a defense attorney. Judge Conklin’s response was,

That might not be a word-for-word quote – it was, after all, over a decade ago that he said that to me – but it’s pretty close.

Fast-forward to April 17, 2007, the day I was sworn in. By then, I’d already begun making a name for myself in the criminal defense community. I had opened a downtown office in my second year of law school, with “Rick Horowitz, Independent Law Clerk,” on the door. I’d been researching, and writing motions for numerous attorneys. I had sat second chair on a number of trials, including at least three special-circumstances murder trials, where I wrote and argued motions, questioned witnesses in 402 hearings, and put together closing arguments. I had even argued – as a student – before the Fifth Appellate District Court.

I picked April 17 for my swearing-in because it was my father’s birthday. And for the judge who would swear me in, I picked the now-Judge Conklin. [3]Judge Conklin was appointed in 2005, and took the bench in January 2006.

Numerous lawyers I’d befriended over the previous 4-5 years, as well as my mother, father, and wife, accompanied me to the courtroom. One of my closer friends at the time was Nancy Schultz, now retired, but then a Public Defender who, like me, had a big involvement in defending gang cases. She sat next to me.

We had to wait while Judge Conklin heard a defense motion to suppress evidence. As we sat there watching, it became quite clear that the motion was meritorious. Hands down, this was a defense win. Even as Judge Conklin gave his opinion afterward, it was clear the defense had shown without a doubt that the search was illegal.

To say I was outraged would be putting it mildly. The reason for the defense “win” was overwhelmingly egregious (redundancy required). To have it snatched away because of some half-assed excuse that has  – as I’ve learned over the years – essentially single-handedly decimated the United States Constitution was just too much.

I leaned over to Nancy and said, “I’m leaving. I’m not letting that SOB swear me in.” Another attorney-friend heard me, and both he and Nancy pointed out to me that if I used what had happened as my criterion, I would not be able to find a judge anywhere who could meet my standard, and I would not be able to be sworn in.

Look at it this way, “Mac” McGinnis said, “This is a perfect example of why we need more people like you to become attorneys.”

And so, I sat there, bit my tongue, and a few minutes later Judge Conklin welcomed me to the ranks of criminal defense attorneys.

Since that day, I’ve appeared in front of Judge Conklin a number of times. Over the years, there have been more occasions for the Judge to disappoint me. (Sorry, Judge.) And more than a few where he ruled in favor of my client. I remember one particular 995 motion where I did not even have to utter a word. From the beginning of the hearing, Judge Conklin began peppering the Deputy District Attorney with questions – all more-or-less grounded in what I’d written in my papers.

After about 20 minutes of increasing skepticism on the Judge’s part, he set aside the Information. Other than stating my presence for the record at the beginning, I think the only words I said that day were “thank you, Your Honor,” at the end.

I’ve had occasion to think of this over the last few days, as I’ve read story after story about the sentencing of Brock Turner. Now, apparently in addition to recall efforts, Judge Persky is receiving death threats, among other things.

As Mark Joseph Stern put it,

Brock Turner is an odious criminal who committed a heinous act and deserves to go to prison for much longer than his six-month sentence requires. His trial confirmed that both racism and sexism continue to plague America’s criminal justice system, especially where rape is involved.

I read that Stern is “blindly dedicated to the cause” (of, I assume, banishing rapists to other planets by almost any means necessary). And yet he notes,

[I]n their rush to condemn Turner’s sentence, far too many liberals have abandoned what were, not so long ago, fundamental principles of progressivism. This willingness to toss due process out the window in sexual assault cases is, unfortunately, indicative of a broader inconsistency that plagues the American left.

The scariest thing about all this, from my perspective, is that when it comes to the rule of law, we lost the conservatives a long, long time ago. And now progressives, and liberals, are jumping on the bandwagon?

This is something that should scare everyone. Not just me. Not just criminals. Without due process principles backing our laws the unimaginable happens.

To list just a few things that the Campus Rape Panic helps to show, without due process,

But what, exactly, makes you think that these non-due-process-constrained principles only apply to cases where someone has been accused of rape? Once the system has been transformed so that no proof is required for a conviction, and anyone who even tries to defend someone will suffer, these new unprincipled principles apply to other “crimes.” When the criterion by which we decide whether something is rightly, or wrongly, handled is “feelz” rather than principles what makes anyone safe?

Today, your group is in the ascendancy. Today, it makes you feel good that the thing that has everyone fired up is something you want them fired up about. And they’re fired up about it in the way  you want: that is, they agree with you about what is right, what is wrong, and what is left to do.

But worse than that is that your group, uncowed by due process, knowledge, or understanding, can brook no deviation from your goals. One judge makes a ruling that you, in all your absent wisdom, think is incorrect, and he must go. This isn’t even Rose Bird we’re talking about here. By all accounts I’ve read, the judge is considered a good judge.

Before this case, Persky’s 13 years on the bench had been without controversy. The California Commission on Judicial Performance shows no record of complaints against Persky. On paper, the judge seemed likely to take a hard line when it came to sentencing.

He served as an executive committee member of the Support Network for Battered Women, and he received a state award for civil rights leadership.

In Persky’s own words, he has worked “to keep the most dangerous sex offenders in custody in mental hospitals.”

But, hey, in your uninformed opinion, he fucked up the other day, because he did what he’s supposed to do: judge.

He just didn’t order the kid’s head cut off and staked outside the city limits as a warning to all who enter.

But don’t you all worry. If the Culture of Rape Panic succeeds in rolling us all down the slippery slopes they’re pushing us towards, we’ll get there.

And judges? We’ll still have them, but their posts will be temporary – evanescent, even. They’ll hold office only until they make that one mistake the Mob decides it cannot handle. It will be just one “wrong” ruling that will decimate them all.

And “wrong” will be undefined, based only on how the Mob feelz at that moment.