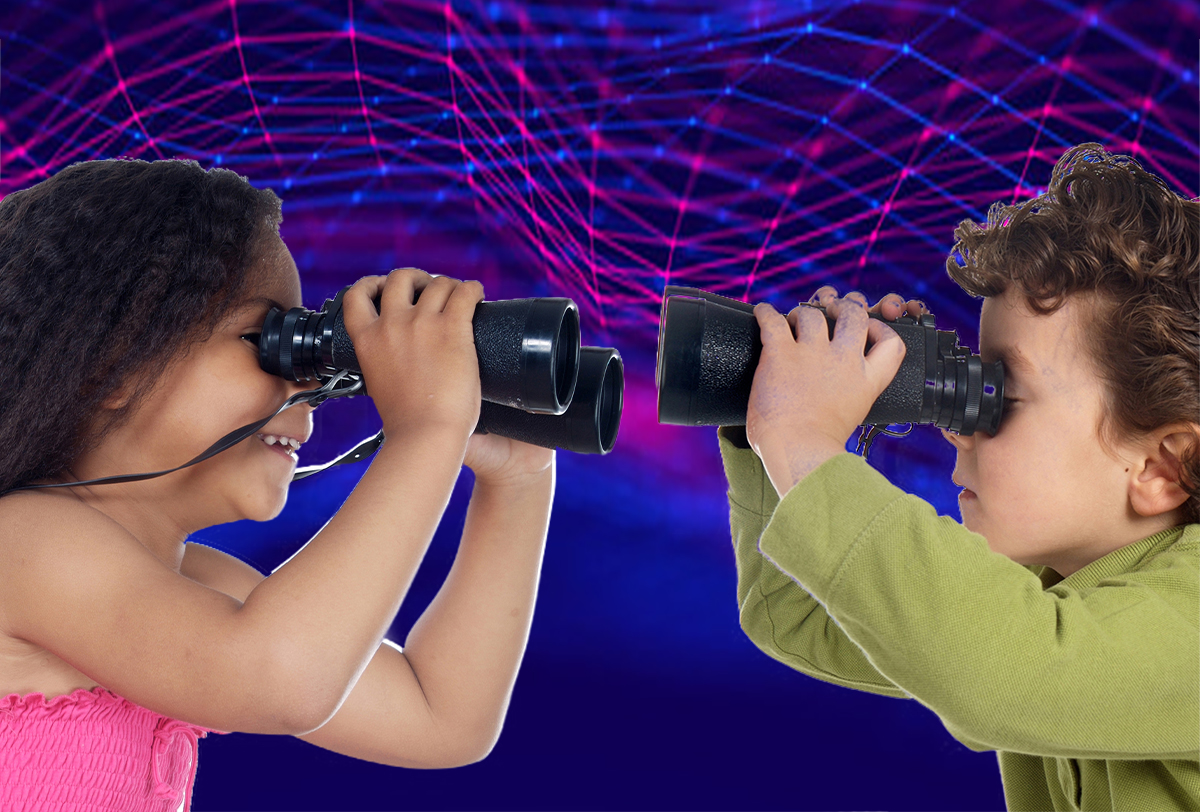 The Optics of Racism

Thoughts on race, racism, and how the discussion is framed

Our nation is interacting in various and sundry ways about race in a way we haven’t seen since the 1960s, and the optics now are different. Where in the past, many (if not most) of us did this implicitly, many more of us are now doing so explicitly.

Some of these interactions are less-than-positive, reminiscent of the start of the so-called Redemption period, after the Reconstruction, after the Civil War, in the run-up to the initiation of the Black Codes, and the reign of Jim Crow.

Redemption. I prefer to call it “Retrenchment.” “Redemption” is the term the South gave to the process of “putting blacks back in their places.” Southerners believed doing this somehow “redeemed” their choices relating to their relationships with blacks. Their end goal — the restoration of the status quo of slavery — is why Retrenchment is more accurate.

It’s a matter of optics — how things appear — or framing. In Southern opinion, the North constituted the wrong side, the unethical side, the side that went against God. They started with a different set of enthymemes.

In 2020, we face a new crossroads where, once again, race matters. Can we finally Reconstruct America? Or will the resurgent Retrenchment lead by the President and his Proud Boys prevail?

with apologies to W.E.B. Du Bois, The Souls of Black Folk

Well, what Du Bois said, and the threat of fascism from both ends of the political spectrum. (But that’s a topic for another post.)

Maybe it’s the one silver lining to the cloud of COVID-19, which has given enough people time to look around at what is happening, but large numbers of us — white and black — are positively engaged in protests against the Retrenchment mindset and the unacceptable numbers of black people disadvantaged, imprisoned, or murdered each year by police as a result of it.

To be sure, not all the protests enjoy positive optics. Depending on the night, the location, the timing, and the news venue, you have peaceful protests, uprisings, or rioting. And also depending on those same factors, this list runs in descending order of frequency, or ascending.

But it’s clear that we’ve reached a point where, whatever the optics, race matters. Not just to its black victims, but to the rest of us who have unknowingly been victimized by it, as well. As Derrick Bell pointed out almost thirty years ago,

[B]lacks are crucial in stabilizing the economy with its ever-increasing disparity between incomes of rich and poor. … [P]otentially turbulent unrest among those on the bottom [is] deflected by the continuing efforts of poor whites to ensure that they, at least, remain[] ahead of blacks. If blacks were removed from the society, working- and middle-class whites — deprived of their racial distraction — might look upward toward the top of the societal well and realize that they as well as the blacks below them suffer[] because of the gross disparities in opportunities and income.

Derrick Bell, “The Space Traders,” in Faces at the Bottom of the Well: The Permanence of Racism, p. 225.

“Redemption” never was that, even for whites, and more of us are prepared to look to something new, even across large swaths of today’s South. As Bob Dylan sang, “The Times They Are A-Changin’.” Again.

You may wonder why the “optics” of the responses to race issues in America matter.

Different groups push different agendas. As I’ve already noted, not all are positive. And in the fight to push their agendas, optics also matter.

Because, suddenly, all of America is paying attention. Not just the invigorated Far Right and Far Left — both equally poised to destroy the “United” States of America — but even the lackadaisal, laconic, listless political “Middle,” trying to decide what to preserve, and what to put aside.

“Optics” is really about framing the debate. Optics and framing set people’s minds on a particular outcome before the debate begins. That’s the propagandistic aspect of our confrontation with racism.

Optics have to do with the way things appear, with how they are seen. And very disparate factional interests are fighting to frame the question — to convince us that the optics are something different than our eyes see — because most people make decisions based upon emotions, and not logical arguments. The “logic,” if there is any, comes after emotional decisions based upon optics and framing.

The way you ask a question influences the answer — something the best salespeople, lawyers, and judges who write appellate opinions have always known, at least subconsciously. And no one is immune: not even experts on the subject of the frame.

What other reason can one give for the ascendance of a narcissistic myopic apparent raging racist like Donald Trump? The man appears to know not the slightest about logic; he is a master at manipulating emotions — at least for his base base.

Our Second Confederate President, of course, wants us to see that “there are very fine people on both sides.” (And now Susan Collins invokes that same framing regarding the disaster mislabeled as 2020’s First Presidential “Debate.”)

After what should have been the expected criticism of this view, the President “clarified”:

If you look at what I said, you will see that that question was answered perfectly. And I was talking about people that went because they felt very strongly about the monument to Robert E. Lee, a great general. Whether you like it or not, he was one of the great generals.

Every wrong, immoral, or unethical thing Trump does is done “perfectly.”

Now, I don’t know what standards Mr. Trump uses as a guideline for monument building. Nor do I, in general, have an opinion on the greatness of the General qua General.

I do know that

For the above reasons, to my mind the optics here suck.

But not to Trump. Trump isn’t trying to appeal to me, or to people like me. He knows that at least with respect to numbers 2 and 3 above, his base base doesn’t share my view. For Trump’s base base, Americans absolutely should be building monuments — or at least not tearing down monuments already built — to the white supremacists who fought to maintain slavery. And very fine people do indeed wish to maintain white supremacy.

In the Trumpian world, “very fine people” do not oppose white supremacy.

The alternative to white supremacy is black people living free, and doing whatever they want, and doing it right in front of the base base that doesn’t want it happening. After all, what do you think all the 911 calls are about?

Protester optics are another thing. Some people see peaceful protests. Supposedly, most protesters are peaceful. But optics isn’t necessarily about what’s real; it’s about the framing. Viewers don’t view in a vacuum, but against the background of their own beliefs.

Specifically, Republicans rated the anti-police protesters who were holding placards and who blocked a highway as more violent compared with Democrats.

Scott Radnitz and Yuan Hsiao, “Are Black Lives Matter protesters peaceful or violent? Depends on whom you ask.”

When Martin Luther King, Jr. — pretty much the father of non-violent, peaceful resistance — inspired people to march in protest, he was considered so dangerous that some coward had to gun him down. No doubt the boy who did it was proud of himself.

Despite Fox News trying to twist the optics — often by showing disproportionate images of rioting and non-peaceful protesters, from old protests that turned violent — most protests have been peaceful. Out of 7,750 protests reviewed at 2,400 locations, only 220 became “violent.” (“Violent” here includes both fighting with police, and destroying property when there is no fighting.) When they do turn violent, the police are usually the cause.

Researchers have spent 50 years studying the way crowds of protesters and crowds of police behave—and what happens when the two interact. One thing they will tell you is that when the police respond by escalating force—wearing riot gear from the start, or using tear gas on protesters—it doesn’t work. In fact, disproportionate police force is one of the things that can make a peaceful protest not so peaceful. But if we know that (and have known that for decades), why are police still doing it?

Maggie Koerth and Jamiles Lartey, “Why So Many Police Are Handling the Protests Wrong”

When you hold all the power, you don’t have to worry as much about optics. That’s why protests about police brutality continue to be met with a wave of police brutality across the United States.

Nor have the protests slowed the rate at which cops kill unarmed black men.

When it comes to law enforcement, a few bad apples clearly spoil the whole bunch. This is because the best way to slow spoliation is to remove the bad apples from the bunch.

Law enforcement refuses to do that.

Moreover, when more than one officer is present, the risk of conflicting orders which create a Catch-22 — people are going to be shot no matter what they do — has become a given.

[One protester who recorded police violence] recalls the officers explicitly instructing the group to bring the bleeding college student past the police line for medical treatment. But a separate line of officers saw the group advancing and began to fire on them.

Nor have protests, or even the coronavirus pandemic — with fewer people traveling, and outside — slowed the rate of fatal shootings by the police.

No. Cops only care about optics if the message of the protest is one with which they agree.

By this standard: messages that [Portland Police Bureau] wants to fight are:

Basically any protest of the murder of unarmed black people

While paradoxically, messages PPB does not “want to fight” include:

Portland’s Resistance, “Portland Police Are Admittedly Deciding Which Demonstrations to Suppress Based On Optics”

Optics, or Not, Black Lives Matter

All the above coalesces into this: the fight for the optics over black lives mattering. Contrapositive to the idea that they do are claims that “Blue,” or “All” lives matter. Both contrapositive claims are red herrings.

And the idea that “All” lives matter is contradicted by the evidence regarding how blacks are treated in America.

While all lives should matter, it is the acts of injustice against the Black community and other people of color that suggest that all lives do not matter.

Only people of color in America seem to be victims of oppressive danger.

And because all people are not treated equally, saying all lives matter is not true.

Tiana Thomas, “Commentary: All lives will not matter until Black lives matter”

Regardless of the optics, there’s no other way to frame this core truth: all lives will not matter until black lives matter.

If you liked this post, why not subscribe to receive future posts? I write at irregular intervals. Subscribing means you don’t have to return to the blog to see if there’s a new post: it will show up right in your mailbox! Know someone else who might like the post? Send it to them, so they can subscribe! BUT WAIT! THERE’S MORE! Subscribe now, and you’ll get a free copy of my ePamphlet: “How to Hire a Criminal Defense Lawyer.”