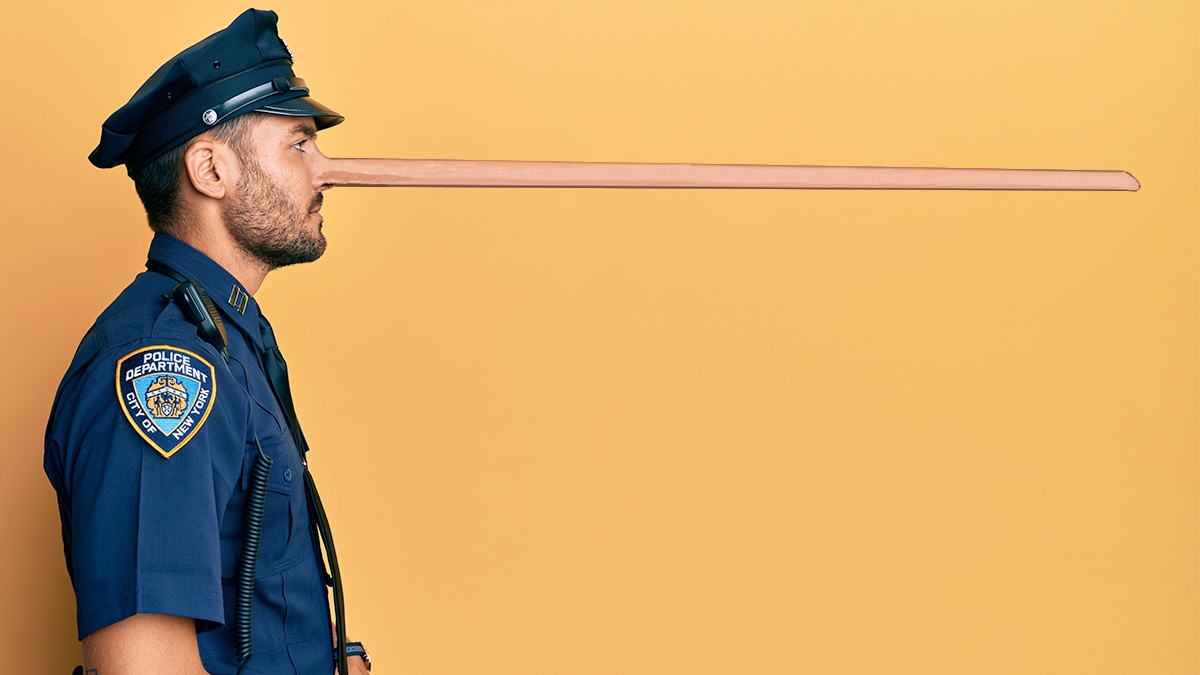 Due to the Length of Their Noses, They Smell Well

This may end up being one of the shortest Quick Looks I will ever post. This is because, beyond noting that nearly every cop is a Pinocchio Cop when it comes to writing reports, there’s not much to say.

Cops have a plethora of magic words that they use when arresting people. Magic words transform someone from an ordinary citizen into someone who may be “lawfully” arrested.

Whether it’s a furtive movement — which accounts for as many as 51 percent of police shootings due to “mistake of fact” (believing an unarmed suspect was armed) — bloodshot, watery eyes (pretty much all DUIs, without exception are reported this way), a green tongue (because, well, marijuana is green, as is the Leprechaun from Lucky Charms), Pinocchio Cops have an entire dictionary of made-up phrases known to lull judges and juries into trances, whereupon the repetition of these phrases serves as the irresistible hypnotic suggestion to convict.

But there’s good news, once in a while.

Some judges snap out of the trance in time to issue an opinion that essentially says, “Are you kidding me?”

It helps, of course, when officers testily to new facts never before mentioned. It helps even more when those new facts involve evidence that would be highly probative if possessed, but which officers failed to seize or previously document or tell anyone else about — especially if they didn’t tell the officer who wrote the affidavit for the warrant.

In years past, it did not matter that these stories were ridiculous, and ridiculously predictable. Jurors and judges ate it up. Surprisingly, no one ever noticed their blue tongues.

You would think, with their extra-powerful Pinocchio Cop noses, that Pinocchio Cops would realize just how much their story stank. Apparently, though, they can only smell non-officer-involved crimes.