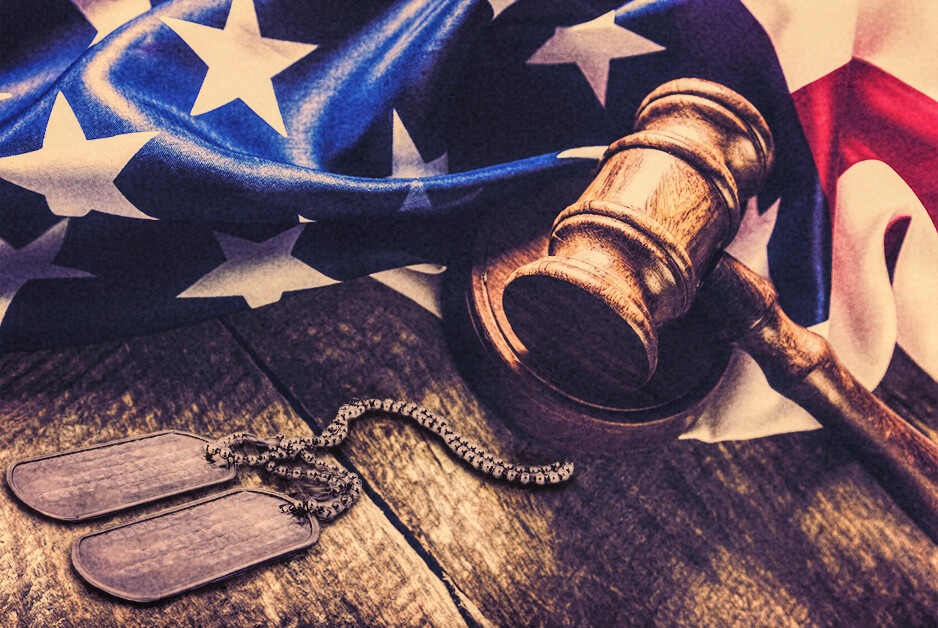 One of the more enjoyable areas of criminal defense practice for me involves the defense of veterans. There are 700,000 vets in the criminal justice system right now. A lot of this is because of the fact that these veterans have returned from serving their country with significant injuries, including traumatic brain injury (TBI), as well as Post-Traumatic Stress Disorder (PTSD). Some who have served in the military have also been the victims of sex crimes, which has resulted in Military Sexual Trauma (MST). Many have attempted to treat themselves via self-medication, leading to criminal charges for violating the Health & Safety Code, and suffering, or being subjected to convictions for drug crimes.

As of March 2017, approximately 20 of California’s 58 counties have established VTCs. Among the counties with Veterans Treatment Courts are several counties in which I practice veteran defense, including Fresno County, Kings County, and Tulare County. Merced County is said to be working on establishing a VTC, as are several other California counties that don’t already have them.

Each VTC works somewhat differently, but all have the same basic requirements and goals, which are governed by the legislative enactment of Penal Code section 1170.9. That section applies, as stated in subparagraph (a), as follows:

Before and during participation by a veteran accused of a crime in a VTC, the court may collaborate with, or make use of services from, Department of Veterans Affairs and the United States Department of Veterans Affairs. One of the goals is to assist veterans in maximizing benefits and services. As you might imagine, the primary goal of the Veterans Treatment Courts, as the name suggests, is the rehabilitation of veterans. Veterans Treatment Court (VTC) has approximately 98% success rate on helping return vets to the life they fought to protect in such situations where their criminal charges have what is called a “nexus” to sexual trauma, traumatic brain injury, post-traumatic stress disorder, substance abuse, or mental health problems stemming from service in the United States military.

“Nexus” simply means that there is some connection between the sexual trauma, traumatic brain injury, post-traumatic stress disorder, substance abuse, or mental health problems stemming from service in the United States military, and the charged crimes. This might be the result of an arrest for possession of drugs, or even possibly the sale of drugs to sustain a habit. It could be the result of aggressive acts that due to the traumatic brain injury, or PTSD.

Many veterans have histories, after returning from Vietnam, Iraq, Afghanistan, and other areas of conflict, of trying to kill themselves.

When I originally wrote this, I tried to use a quote from that last article. But apparently, God-gle stopped listing this page as relevant, because it doesn’t like quotes. It wants original material. This, of course, is idiotic if you’re trying to write something useful about—well, just about anything. So let me tell you what the quoted portion says, and you can click the link above to go find it, God-gle will be happy, and we can all get on with our lives. Of course, I’ll have to be wordier, as well, to avoid pissing off God-gle.

Basically, within the United States, about nine percent of us are veterans. When the article that I’m not allowed to quote was written, the latest data available showed that these nine percent made up eighteen percent of all suicides. That’s nearly 7,500 veterans.

As you can probably tell from the last two paragraphs, if you want no-nonsense help for veterans with criminal law problems, you should call my office. If you prefer nonsense, look to God-gle for help. They’ll tell you what information you’re allowed to quote from, and when you can’t.

At any rate, this huge number of veterans killing themselves amounts to approximately 20 suicides every single day. Approximately 70 percent of those veterans who took their own lives were not regularly taking advantage of the services of the Veterans Administration to which they were entitled.

I have experience going back many years—even before the development of VTCs—in defending veterans accused of crimes. As a veteran myself (United States Navy, Hospital Corps, serving aboard the U.S.S. Anchorage, LSD-36) from a short stint in the mid 1970s, I was both particularly fortunate in having just missed the Vietnam war, but also cognizant of the effect on those who came out of that conflict with conflicts of their own. I have visited veterans in jail, and sat listening to them for hours, not just as a means of handling their cases, but of working through suicidal feelings.

In addition, returning veterans can frequently be accused of assaults, battery, and other such crimes. These crimes can be the result of mistakenly feeling like they’re being attacked, or insulted, by others—even when the others were not even aware of their presence.

This next quote is from a book, so hopefully God-gle is going to allow me to continue to use it. It should not count as the dreaded “duplicate content.” It explains why modern-day veterans experience even more problems with PTSD than in the past.

The wars in Iraq and Afghanistan have also exposed our troops to suicide bombers. Not since the Japanese Kamikaze pilots near the end of World War II have American troops fought an enemy willing to kill themselves in order to kill us. Suicide attacks have been pervasive in these wars and the psychological impact on our troops is incalculable. They must be on constant guard, especially in heavily populated urban areas where they are surrounded by civilians, any one of whom might be a suicide bomber.

Troops are regularly forced to make split-second, life and death decisions. Often they have mistakenly fired on noncombatants in ambiguous situations and are then saddled with the guilt of having killed an innocent.

This requirement for constant hypervigilence will contribute to increased PTSD rates among our returning veterans. Once the brain adapts to the combat environment, its chemical composition changes. When the veteran leaves the combat zone and returns to the civilian world, they often can’t turn the hypervigilence off. (Hunter & Else, The Attorney’s Guide to Defending Veterans in Criminal Court (2014) at p. 103.)

Veterans returning from such conflicts have difficulty re-integrating themselves into their families and communities. They can have trouble relating to, or even trusting, their own young children, because they have memories of young children in these conflict zones trying to kill them. One veteran I worked with had difficulties—as the article quoted above mentions—because he was responsible for ordering hits on targets that he later came to believe might not have been hostile, but which had not responded to attempts to keep them from approaching their convoy.

Participation in, and successful completion of, the Veterans Treatment Court programs means not only that these veterans are getting the help that they need, and deserve. It also means that they can hope to return to a better life, and with rights they would have lost due to a conviction—rights for which they fought, causing their PTSD, TBI, and other issues—returned to them.

I had the law from Penal Code section 1170.9, subsection (h) here. God-gle penalized me for telling you about it. So you’ll have to find it yourself if you want to know what it said. Or call my office for help. God-gle says that lawyers can’t tell you what the law says on the Internet, if they ever want you to be able to find their pages. But God-gle does not control my telephones.

Thus, successful completion of the Veterans Treatment Court will result in “a dismissal of the action pursuant to this subdivision releases the defendant from all penalties and disabilities resulting from the offense of which the defendant has been convicted in the dismissed action.”

Furthermore—and God-gle doesn’t seem to know about this, so I think I’m allowed to use it, even though it’s a quote:

The police and court records relating to the case may be ordered sealed at the discretion of the court. However, this does not restore all rights, and the veteran will, unfortunately, not have the right to own, possess, or control a firearm returned to him if it was lost as a result of the charges.

Nevertheless, the VTCs are a significant step forward in assisting the men and women who served our country, and were willing to lay down their own lives for us. Through the VTCs, our “walking wounded” veterans can be given services to help restore their lives to them, avoid prison, and ultimately be able to put the past of a criminal conviction behind them.

As a veterans’ criminal defense lawyer, I have been honored to help in such situations. My Fresno criminal practice, as well as work in other counties has taught me the rewards of assisting fellow veterans in getting their lives back.

Lastly, some reviews people have left about me elsewhere. I’m not sure if God-gle wants me to tell you about these, but until someone tells me that I’m not allowed to tell you what my clients say about me, I’m going to keep them here:

Rick is in a league of his own. Why? He cares about his clients. Your [sic] not just another pay day. He doesn’t overload his schedule, so that he can give your case the attention it needs. He begins with a consultation and actively listens to your situation attentively and without judgement. He doesn’t fill you with empty promises. He gives it to you straight. In a world filled with bull-shitters, it’s quite refreshing to find someone that is honest. — Client [read the full review on Avvo.com]

…he was very compassionate and patient…. — Lisa [read full review on Avvo.com]

I knew what he knew and he really did care about the outcome and was giving me advice the whole time. — Client [read the full review on Avvo.com]

He gave us hope because of his knowledge and caring personality. He lectured my son when he needed to be. He told my son that they were in this fight together. He showed me, as a worried mom that he was going to get us through this rough time.  I can’t thank him enough for all he has done for my family. — Annette (client’s mother) [read the full review on Avvo.com]

If you, or a veteran you know, requires assistance with a criminal case where you believe his or her service as a veteran is a factor, please call me now at (559) 233-8886.

I’m always available when you need me.