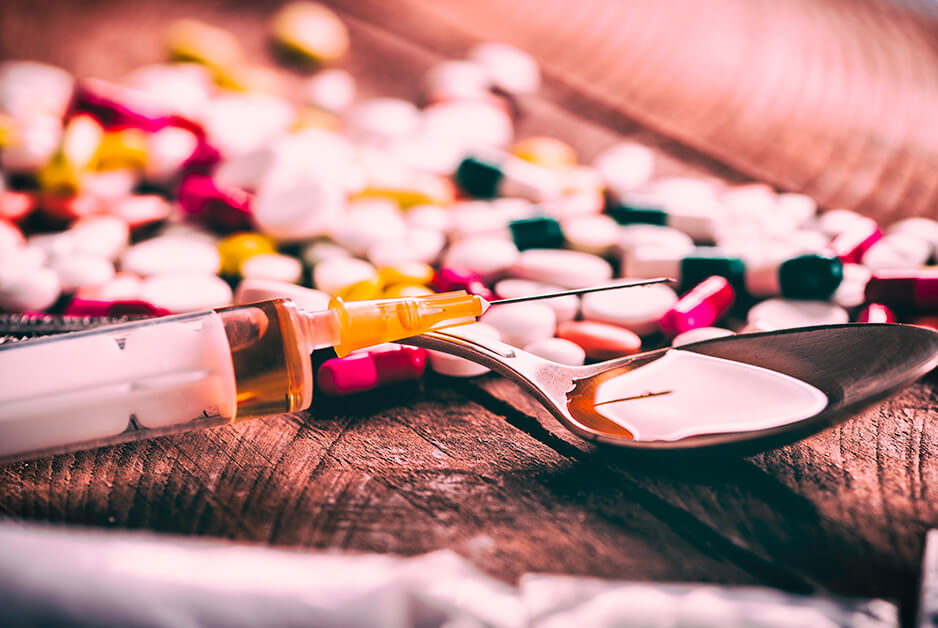 Drug crimes include charges for possessing, transporting, or selling marijuana, or other controlled substances, such as methamphetamine, cocaine and cocaine base, and even prescription drugs. For more on medical marijuana specifically, see my Marijuana Defense page.

Drug charges are devastating in that they frequently result from a person who is struggling with an illness, or some other neurophysiological problem. Some people will say, “Drug addiction is not an illness.” These people are ignorant and need to be educated.

But drug addiction is not the only neurophysiological problem that can lead to drug charges. The American Addiction Centers points this out.

Different types of psychoactive substances may be used for various reasons when self-medicating. Examples include:

Both prescription and illicit drugs may be abused for the purposes of self-medication, and anyone who suffers any form of physical or emotional discomfort may do so.

When you face drug charges, you need an attorney who understand these things, and is able to stick to the task of educating the prosecution, the judge, and—if things go that far—the jury.

My son was looking at four years in prison for posses[s]ion, violating his probation for a drug charge. My son was in a lot of trouble but Rick said in the beginning that he would do all that he could to keep him out of prison. He did. The result was reinstatement of his probation and six months in an out patient rehab program. But equally important was Rick’s advice to my son during the ordeal. To remain positive, to look to the future, that one can’t dwell on past actions but focus on how to improve on the future. His words made a difference as my son has a whole new positive outlook on life. Rick was also there for me too… — Randy [read full review on Avvo.com]

In addition to facing drug charges for self-medication, many people suffering from mental and other illnesses which they are trying to treat themselves for will be unable to work a steady job. To obtain the medication—and, let’s face it, these drugs are medications, even when not recognized as such—they may resort to the commission of other crimes, including robbery, and burglary. If a weapon is used in those crimes, things get even worse, sometimes eliminating the possibility of getting the help so desperately needed to break the drug cycle.

Some self-medicators may decide to attempt to supplement their income through manufacturing and selling the same drugs with which they self-medicate. These “drug-related” crimes can carry even stiffer penalties, with greater loss of liberty.

Various Health & Safety Code sections including, but not limited to 11350, 11351, 11352, 11377, 11378, and 11379, make the use, sale, transportation, manufacture, or mere possession of such things as methamphetamine, heroin, cocaine, opiates, opium derivatives, hallucinogens, depressants, cocaine, and various kinds of salts illegal. Some of these drugs—particularly those used to treat ADD/ADHD, depression, manic-depressive disorder, may be available by prescription, but if you are caught with those drugs without a valid prescription, you will usually be charged with felonies. I once worked on a case where the individual had valid prescriptions, but while traveling had removed the pills from the original container they got from the pharmacy because it was too big, and just carried the amount of pills needed for their trip in a plastic baggie. This resulted in felony charges. (I was able to get that case dismissed.)

Oftentimes, regardless of whether the charges relate directly to self-medication, or are a consequence of trying to obtain money for drugs through burglary, theft, robbery, or some other crime, the person accused of the crime needs real help, not prison. I can help in many of these cases not just with the criminal charges, but with obtaining necessary counseling and treatment. Treatment may be available through programs such as Proposition 36, and authorized by Penal Code section 1000.

He was great. Helped me out a lot and made me feel part of the whole thing. I knew what he knew and he really did care about the out come and was giving me advice the whole time. — Anonymous [read full review on Avvo.com]

If you are charged with a drug crime in Fresno County, Madera County, Tulare County, Kings County, or Merced County, these are all counties in which I regularly practice criminal defense. You need an drug defense attorney like me who can help to fight your case.

Call me—drug defense attorney Rick Horowitz—now at (559) 233-8886 for an appointment to discuss your case. If you have someone in jail on drug charges, contact my office about a jail visit with your friend, or loved one, to discuss their case.