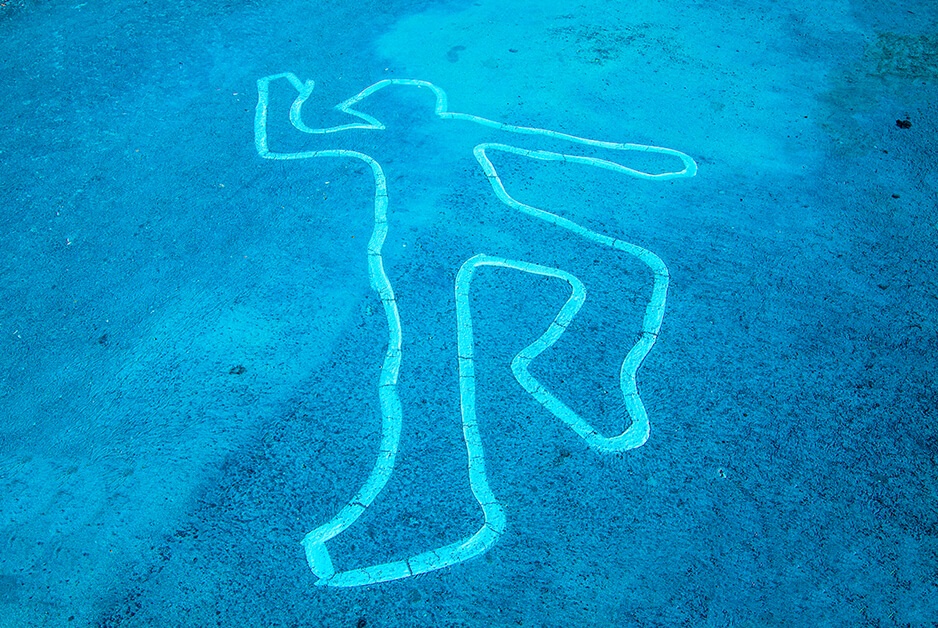 You’ll often hear people talk about “homicide” and “murder” as being the same thing. Technically, though, a homicide is the killing of a person. A murder is a kind of homicide. Manslaughter is another kind of homicide.

In fact, the reason I have titled this page “Homicide, Manslaughter & Murder,” and not just “Murder,” is that they are different. Homicides involve someone being killed, just as murders do, but they aren’t the same. A homicide may be justifiable, including self-defense, or the defense of someone else. A homicide may also be excusable, meaning that it resulted from an accident, or some other kind of misfortune.

First-degree murders require the killing of a person which is both intentional and unlawful. It requires what the law calls “malice aforetought.” In other words, for first-degree murder, you must 1) do the killing of another person on purpose, 2) the killing must be illegal, and 3) you had to think about having wanted to do the murder ahead of time (also called “premeditation”). One reason cops frequently get away with what we consider “deliberate first-degree murder” is that someone — usually a police agency investigating itself, and then a prosecutor, but sometimes (if it gets that far) a jury — decides that while 1 and 3 were present, 2 was not. Somehow, the cop murdering someone was lawful.

For most human beings — that is, people who are not cops — a different determination is made. However, self-defense may still be an option.

Murders which are not first-degree murders are second degree murders. At least, that’s California. Some other states may have different levels, and different requirements. But I only practice right now in California.

Manslaughter is the killing of a person which might be done “in the heat of passion,” or because of some kind of reckless or negligent act. In California, it comes in three forms: voluntary, involuntary, and “vehicular.”

Manslaughter can include the mistaken belief that you needed to defend yourself, or someone else.

Voluntary manslaughter resulting from “heat of passion,” means someone’s emotions got the best of them. Involuntary manslaughter usually involves a disregard for the consequences of your action, but without the deliberate intent to kill, and without “malice aforethought.”

And “vehicular” manslaughter, as the name implies, usually involves a car, or some other vehicle. This happens when someone drives drunk, or in a grossly-negligent manner, and as a result another person is killed. Though drunk driving can also result in a murder charge in some circumstances. (This is called a Watson murder.)

Vehicular manslaughter can be charged as either a felony, or a misdemeanor.

My Experience with Murder & Vehicular Manslaughter

Rick worked for me for many years as a law clerk and associate attorney. He has assisted me in court in several special circumstance homicide cases. On the very first case he handled for my office he won the trial. He is a hard working, aggressive advocate for his clients.

I also have experience on my own as an attorney in special circumstances murder, and attempted murder, cases. In one case involving charges of First-Degree Murder with gang enhancements, I managed to get the charges reduced to Assault charges. This saved my client from a possibility of life in prison. (Note that every case is different. This result does not mean that your case will receive a similar result. It depends on the facts of each individual case. For specific information, you’ll need to call me at (559) 233-8886 for your free consultation.)

Other cases I defended included vehicular manslaughter (both with and without alcohol).

In one case, a motorcyclist was killed when my client did not see him coming, and pulled out in front of him. The sentence in that case involved a term of probation, and community service. It could have been worse.

Cases involving alcohol can result in much longer terms in prison.

Homicide and murder cases are obviously time-intensive cases, nearly always requiring special motions, significant battles over discovery (information needed to be obtained from the District Attorney, including police reports), and may sometimes include taking a piece of the case to the Appeals Court even before a trial. When I take on such significant cases, I obviously charge much more than for a typical case, so that I can reduce the number of other cases I will accept. That allows me to have the time necessary to devote to the issues at hand. It allows me to insure that despite the time required, I can still make sure my mission is focused on your case.

Defenses to these charges can require investigations not only in cases where you’ve been mistakenly accused, but even more so in cases where your defense is self-defense, defense of others, accident, or some other form of showing that you did not intentionally murder the victim.

If you’ve been accused of any of these crimes, you need an attorney who will take the time, and energy to apply all his knowledge, skill and experience to fight for your rights. You need Fresno murder defense attorney Rick Horowitz.

Rick is very aggressive in his representation of his clients. He will research and write every motion he thinks needs to be filed and argued on behalf of his clients. Rick and I worked together on a very serious and difficult case and took the matter to trial. We were successful in getting the case dismissed. — Fresno area attorney Cecelia Rodriguez [read full endorsement on Avvo.com]

Finally! A Lawyer who Fights for your Rights.

— Lisa [read her review on Avvo.com and my explanation of her case on my full Testimonials page]