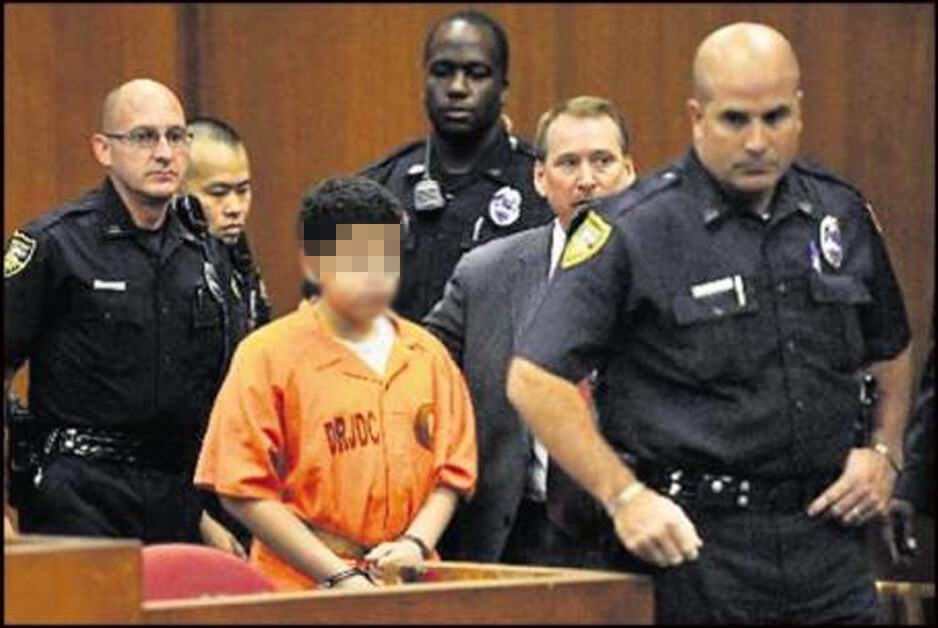 Juvenile defense of delinquents is a unique area of law, related to criminal defense. In juvenile delinquency cases, I have been defending minors for most of the time that I have been in practice. In the beginning of my practice, I had what is called a “conflict contract” to accept cases from a large law firm when their attorneys were unable to handle the cases due to conflicts of interest. As a consequence, for about eight years, more than 50% of my law practice involved the protection of juveniles.

As I mentioned, this is a unique area of law. When I speak to people seeking a juvenile defense attorney, I advise them to pay attention to how the lawyer discusses things with them during the initial interview. This will be your first clue as to the experience of the attorney in handling juvenile cases.

The reason for this is that the first different most people will notice about juvenile defense relates to the terminology, or language, used in discussing such cases. Juvenile cases don’t have “defendants,” or “co-defendants, but they have “participants,” and “co-participants.” [1]In addition to what I write here about differences between adult, and juvenile, courts, terminology may also differ somewhat from one county to the next.

An arraignment for a child does not have a “Complaint,” as in adult courts, but rather there is a “Petition.” This is usually going to be a “602 petition,” so-called because it is based on Welfare & Institutions Code section 602. The actual allegations (charges) of the 602 petition are taken from various other codes, such as the California Penal Code, or the California Vehicle Code. Allegations may be made of having violated other codes, as well, but these two codes are the most common from which allegations come.

Also, at arraignments, there is usually also a “detention hearing” to decide whether or not the child should be locked up like an animal, in order to show how inhumane we are—can you tell how I feel about this?—and, depending on the allegations (charges), the child may be taken away from his home, and family, and placed into local custody at a juvenile detention center. How long the child remains locked up depends on a number of factors, only some of which relate to the humanity, or inhumanity, of court officers and judges.

Back when I first started defending juveniles, children were routinely fully-shackled. Again, this was apparently meant to show just how animalistic our courts could be. Judges turned a blind eye to this, because bailiffs are allegedly responsible for courtroom safety. The whole thing was not only a sham—children were brought from the juvenile jail (detention center) in the shackles, into a completely enclosed, and locked environment. No one—not even lawyers—could get in, or out, without help from a bailiff, who had the key. I have written about this extensively in various blog articles from when I was fighting the shameful, and illegal, policy of (unnecessarily) shackling kids.

I fought to have this changed. Yes, there were some other attorneys who occasionally also ran motions—although after a while, I lost count of the number of public defenders who actually told the court they were not joining my motion to unshackle children—but I did it consistently, occasionally shutting down juvenile courtrooms, and interfering with their “normal” procedures, until finally the courts tired of it, and the policy was changed. (This is why, in Fresno County, you no longer see children routinely shackled in court.)

Another difference in juvenile courts is that, despite the fact that some allegations can have lifelong consequences, children do not get trials with juries. Instead, if they challenge the charges, they are brought before a judge, who will decide not only what evidence is allowed to be considered, but also what facts are true, or false. This is done at an “adjudication.” Adjudications are the juvenile version of an adult-court’s trial, but with fewer protections in the form of fact-finders unpolluted by incompetent evidence.

Now, despite the way I’ve worded things above, juvenile courts are supposed to be non-adversarial. Or, at least, not-exactly-adversarial. Everyone—defense attorneys, prosecutors with-or-without black robes, probation officers—is supposed to be there for the welfare of the child who is the  subject of the case. It is supposed to be a cooperative effort aimed at helping a child who has, for one reason, or another, hopefully only temporarily gone astray.

As in the adult courts most cases do not go to trial, so most juvenile cases do not go to an adjudication. There is less “negotiation” for a “plea agreement.” Partly this is because the juvenile court, more than the adult court, relies on probation recommendations. After a “true finding” (not a finding of “guilty”), or an admission (not a “guilty  plea”), the Court orders the probation officer to have a Report and Recommendation prepared. Probation prepares a report, and a copy is legally-required to be, and often is, given to the defense attorney, prosecutor, and Court prior to a Disposition Hearing. In adult court, that would be the Sentencing Hearing.

By the way, I’ve totally skipped over the part where a juvenile might be transferred to the adult courts, via what is called a “Fitness Hearing,” relating to Welfare and Institutions Code section 707 offenses. Maybe I’ll do a separate article on Fitness Hearings at a later date.

At any rate, in the juvenile court, depending upon the outcome, and the allegations, the Disposition—we call it that because that’s how the courts dispose of our kids—can include sending a child home without any further supervision, or punishment, if there are no true findings; or, if there are true findings, then sending a child home on various types of probation (informal, formal) with, or without, giving them a certain amount of “local” custody time; having a child serve out their full sentence in local custody [2]I’ve never seen this done.; sending a child to “juvenile prison.”

DJJ, or DJF if you prefer, used to say that their facilities were intended for the worst three-percent of all juvenile offenders (delinquents). When last checked by me on May 24, 2017, the website states:

As a result, DJJ’s population represents less than one percent of the 225,000 youths arrested in California each year. This population has committed serious and/or violent felonies that requires intensive treatment services conducted in a structured and secure environment.

I’ve mentioned our youth prisons before in blog articles, particularly noting this:

In California, whence I write this, and where I practice “law,” an average of ninety percent – ninety percent! – of prisoners in the Division of Juvenile Justice facilities are non-white. Approximately forty percent of my practice at any given time is juvenile defense. Speaking just of juveniles right now, not many of my clients are white. I don’t know why – perhaps it’s because the crimes of older white people are less tolerable, and we unknowingly work harder to keep white children out of the legal system – but while I do have a number of white adult clients, the juveniles are nearly always non-white. And when I do have white juvenile clients, they are always punished to a lesser degree than my non-white clients. One example – aside from the large number of children Fresno County sends to prison[4] – is with relation to what are called “Fitness Hearings.” These are hearings where the court is asked to decide whether a child should stay in the juvenile system, or be sent into the adult criminal system, to be possibly subject to more serious prison terms. I don’t recall ever having a Fitness Hearing where my client was white.

While writing this, I did a search on my calendar for “FIT,” and not one of the twelve names that came up belonged to a white child.

Suffice it to say that some counties haven’t gotten the memo on who should, and who should not, be sent to the Division of Juvenile Justice.

As you can probably see from the above, who you hire to represent your child is important. There is no way, in one article, that I can communicate the differences between defending juveniles, and defending adults. It’s not just the terminology that is different, but also the procedures, rights, discovery, certain evidentiary considerations [3]For example, the law relating to co-participant confessions that implicate other co-participants is different from the law relating to co-defendant confessions in adult courts., and so on.

Though juvenile procedures, and attitudes in juvenile courts that do not always match up with what the law stands for, can be very frustrating, I have a proven track record of helping prosecutors, probation officers, and courts reach decisions that are best suited to helping your child.

If your child has been taken by the police, or questioned by the police, or you suspect that either of these things are about to happen, do not hesitate to call me now. I am always available: my phones work 24-hours-a-day. If you do reach my voicemail, leave your name, your child’s name, and your phone number. Someone will almost certainly be back in contact with you fairly quickly, because our phones forward to cell phones when we’re out of the office, and if you get voicemail, a copy of the voicemail gets emailed to the attorney, and to his office staff.

Your child is too important not to seek help from us today.