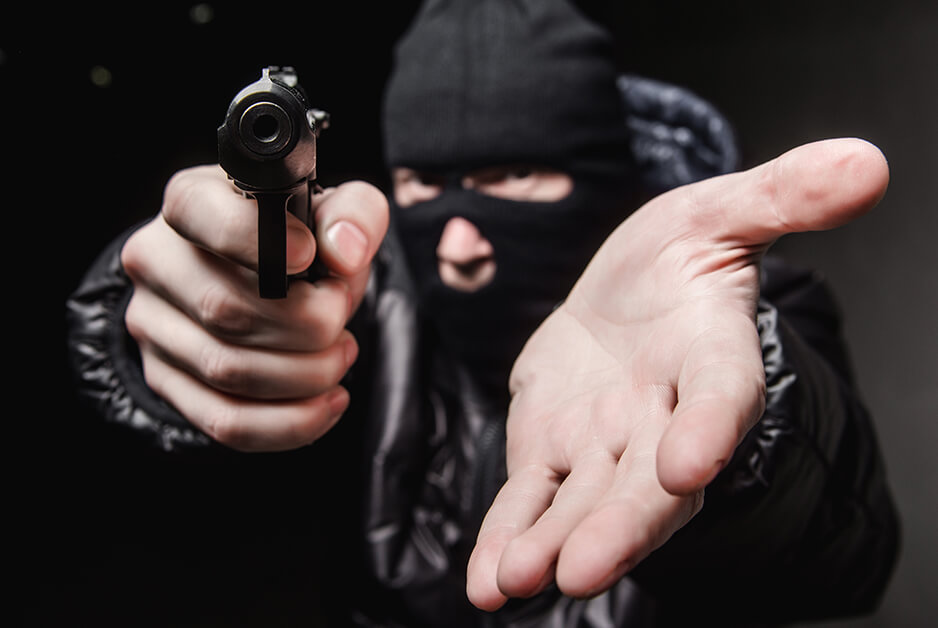 “Theft” is a more general term that can refer to a family of crimes including embezzlement, shoplifting, purse-snatching, fraud (including welfare fraud), as well as looting, robbery, and burglary. Larceny is sometimes considered a theft crime, as well; in fact, in California, the once-separate concepts of larceny and theft have essentially merged.

These crimes involve the taking of property from another person, with the intent to permanently deprive them of their property.

Robbery, covered by Penal Code section 211 and 213, can be a first-degree crime punishable by up to 6 years in prison, or a second-degree crime, with a maximum punishment of 5 years. What makes them different includes things like the location (inhabited dwelling, home, boat or trailer where someone lives), the activity of the person being robbed (using, or being near an ATM when robbed is first-degree robbery), or the status of the alleged victim (for example, a bus or taxi driver).

Mr. Horowitz was honest from the first meeting I had with him. They say the truth hurts, and indeed it does. He was straight forward and didn’t sugar coat anything. HE NEVER MAKES ANY PROMISES!! Everything he said could happen, happened. It was tough and very stressful at times. Things didn’t always go the way “I” planned but the end result was what I wanted. … I recommend this attorney to all my family and friends. — Identify theft client [read full review on Avvo.com]

Sometimes people rob or commit burglaries in order to support self-medication needs, which can add the problem of drug crimes being charged. Other times weapons crimes may be charged, particularly if a gun was used in a robbery, or home invasion.

Home invasion robberies are robberies that come with very serious consequences. Robbery, as you may know, always involves the use of force or fear to take something from someone. In California, home invasion is a form of first-degree robbery that includes the additional “elements”—or separate facts about a crime that must be present—that the robbery occurred inside an inhabited place and the robbery was committed by two or more people working together. This can boost the maximum penalty from 6 years for the typical first-degree robbery to 9 years. Home invasions also frequently include the use of guns, and other weapons, which can potentially result in a term of life-in-prison.

While a home invasion robbery requires that you take something from someone inside an inhabited place through force or fear, a burglary does not require this. Burglaries are simply entering someone else’s place—in what might otherwise be a trespass—with the intention of committing some kind of a crime in the place.

Robberies and burglaries can be “strikes” under California law, while most other theft crimes such as embezzlement, shoplifting, or fraud are not.

Whether the crime is charged as a misdemeanor theft crime, or a serious strike felony, if you’re facing these charges, you need a committed attorney who cares about what happens to you.

Rick is a fantastic lawyer. Referred a couple of a people to him. One of those people ask me who was the most Fearless lawyer I know. I immediately thought of Rick. — Fresno area lawyer Samuel Luton [read full endorsement on Avvo.com]

That’s why you should call me, criminal defense lawyer Rick Horowitz, right now at (559) 233-8886. I’m always available when you need me.