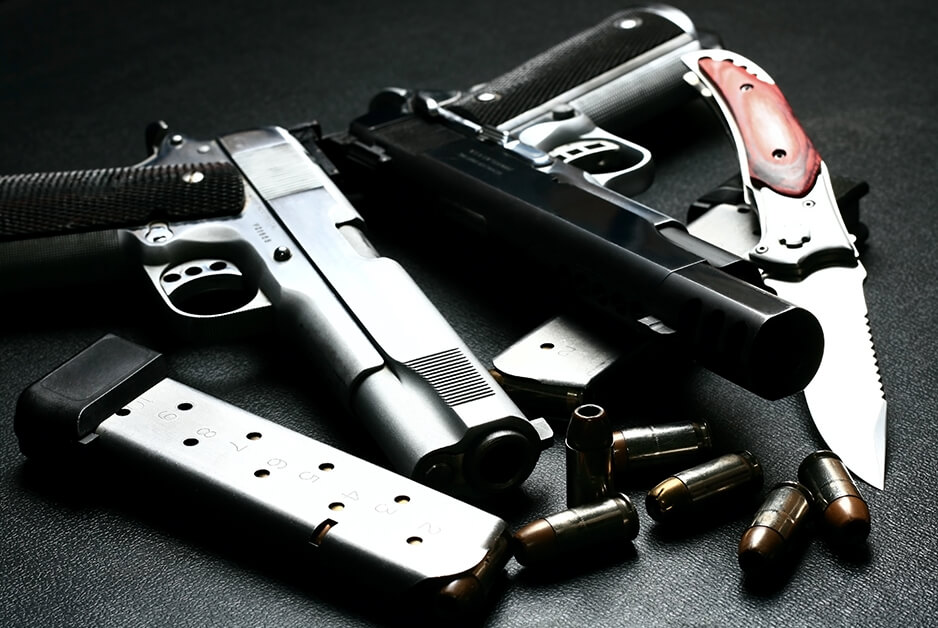 Even the most basic of weapons crimes can be quite serious. When police find, or see you — even on social media — with a gun, they will file a weapons charge. These can be difficult to defend. The idea of someone carrying a gun down the street scares the average juror. This is especially true if the prosecution accuses the person with the gun of being a gang member. But, to make it worse, many times the case seems open and shut. You either had the gun, or you didn’t.

And, yes, I’ve handled some cases where the District Attorney filed weapons charges based on finding a picture of someone holding a gun!

While no one can guarantee particular results, it is not always hopeless.

I hired Mr. Horowitz after I was arrested and charged with knowingly violating a restraining order against owning a weapon. This was in Fresno County but the case it arose out of was in Santa Clara County. This complicated things because the Fresno DA’s office knew nothing of the circumstances of the Santa Clara County case. Rick stayed on this with me for over a year while the Fresno DA’s office fumbled around trying to figure out what to do. … Finally, after a year, he was successful and the case was dismissed.

As you can see, it is not always hopeless.

I needed to find a criminal defense attorney for a negligent firearm discharge, a serious felony case. … I hired him to meet with the defendant at the County jail. … During the case, Rick was always responsive to our communication, and he would take ample time discussing the matter. He came prepared to the court hearings, he knew what was going on and what was the applicable law (very important!).

But “weapons crimes” are not just crimes where police accuse you of having a gun. Sometimes, police arrest you for another crime (such as robbery), and they add a weapons enhancement. This can quickly elevate your “exposure”—the amount of time you could get in prison—from a few years for a crime without a gun to life in prison.

Throw in some gang charges, and you don’t even have to be the one who personally used the gun. Another person used the gun—you don’t even know who did it. But you all supposedly did this “gang crime” together. The prosecution charges you with “personally” using the gun. Even though you didn’t.

Rick is a staunch advocate for his clients. He is very thorough and prepared, leaving no stone unturned. He is a true believer in the constitution and dedicated to the rights of those he represents.