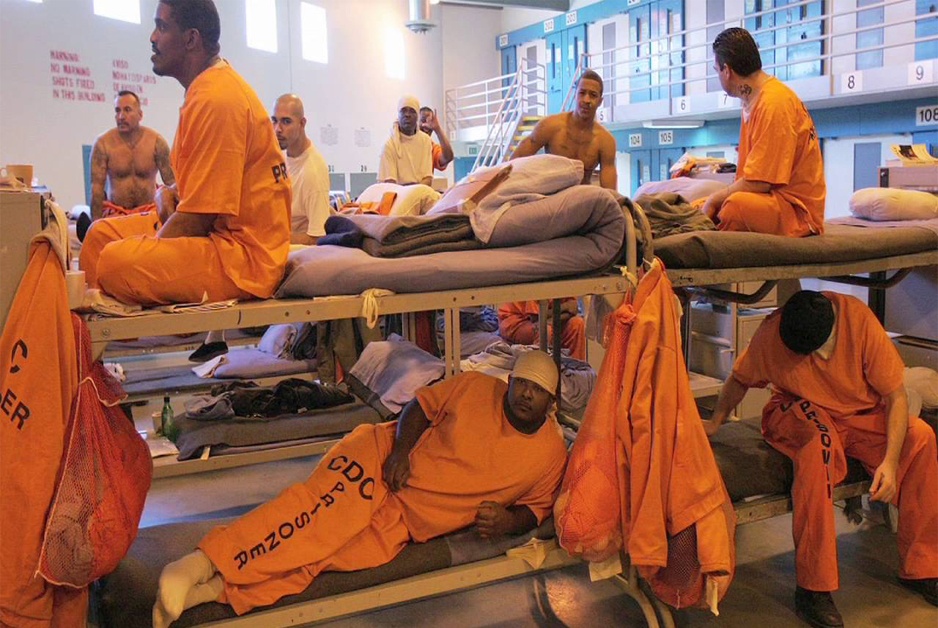 Today’s Fresno Bee carries the story that Coalinga — a foothill town on the west side of the Valley,  more than an hour or so from Fresno — is praying for prisoners. Scrambling to keep its doors open.

This is the kind of story that should make ordinary human beings sick to their stomachs.

According to the Bee, Coalinga is about to lose its prisoners because of the federally-mandated reduction in California’s prison population. The story notes that,

State prison officials say that dumping the minimum-security inmates on counties will bring California into compliance with a federal court order to reduce overcrowding.

Coalinga, on the other hand, is freaking out:

[T]he city can expect to lose money, a cheap source of labor for community projects, work for residents and income for local businesses.

I can’t think of a better reason to take away someone’s liberty: so other people can get more money from me and you and cheap labor from a modernized slave trade.

The thing is, I thought we tried that already. Didn’t that lead to some kind of a War Between the States, or something?

So that’s one of the reasons this story makes me sick to my stomach.

Sure, nobody is saying, explicitly, “We need to imprison other people so that we can profit from it and utilize them as slave laborers.” But if you think that’s not the implicit message, then you’re sicker than I think. (And because most of you don’t give a shit that we imprison more of our fellow citizens than virtually any other country in the world, including China, you already make me pretty sick.)

Yet there’s something even more sinister at play here, if that’s possible: someone is lying to someone. And, once again, our press is failing us in that they either aren’t digging deep enough to find out why, or to explain why someone isn’t lying to someone.

First, let’s look at the main problem with this story — aside from the greedy heartless folk moaning that they won’t have other human beings to exploit — which is that Coalinga is allegedly scrambling for prisoners because of the federal order to reduce prison overcrowding.

So here’s the deal: say you have a “prison system” of two rooms for holding people prisoner.  You’ve got one room — we’ll call it “Prison A” — that’s built to hold 5 people, but you have 13 people in it. You have another room — call it “Prison B” — that is also built to hold 5 people, and you have 12 people in that room. (These are just numbers I’m picking for the sake of easy illustration.)

Someone comes along — let’s call them those people “federal judges” — and they say, “Hey! Your prison system was only meant to hold 10 people, but you’ve got 25 people in it! We’ll let you be over the limit, but you can only be at 137 percent of design capacity.”

So, according to the someone’s calculations, it’s decided that you need to get down to either 13 or 14 prisoners, given the design limitations of your prison system.

Well, that certainly fixes everything doesn’t it? Prison B is empty.  Community leaders in Prison B’s community are crying over their lost income and slave labor. Law and order types are freaking out over the perceived danger to their community. But you’ve reduced your prison population to 13, just like the court ordered.

The only problem with this is that, at least as far as the inmates in Prison A — and anyone else with half a brain — is concerned, Prison A is at well over 200% of capacity. (I’d say it’s actually 230%, but I’m not a mathematician.)

So how did you reduce the overcrowding by shutting down Prison B? How does that count as compliance with the order of the federal judges?

Okay. That’s one problem with the Fresno Bee story.

Here’s another: Fresno is apparently a potential savior for Coalinga’s free residents. County Administrative Officer John Navarrette says the County is looking elsewhere to house prisoners who can’t be kept in Fresno because of jail overcrowding here.

Problem is, the jail overcrowding in Fresno has nothing to do with the lack of space: it has to do with a lack of jailers. If they added more jailers, there are at least a couple floors of cells left in Fresno’s jail.

Admittedly, this one is not as clear as the first problem of “reducing” overcrowding by closing entire facilities. According to the Bee, the cost to house prisoners in Coalinga is $17,191 per inmate per year, versus $27,000 in the Fresno County Jail. That sounds like a pretty significant savings, if that’s all you look at, which is no doubt why Fresno Police Chief Jerry Dyer has already talked to Coalinga about housing people who would otherwise be set free because of overcrowding at Fresno County’s Jail.

Did I mention that Coalinga is more than an hour away from Fresno?

Whoops. My bad. I threw in a little concern for fairness and constitutional concerns there.

And why is Coalinga so much cheaper than Fresno, when it comes to housing prisoners? Oh, yeah. That extra $10,000 per prisoner is because Coalinga guards “are not members of…the powerful state prison guards’ union.” Ten thousand more per prisoner for our guards than Coalinga’s guards. Are our guards that much better?

Sounds like what Fresno might need is a jail staffed with people who are not members of the powerful state prison guards’ union!

And the rest of us need to quit praying for prisoners — seeing our fellow citizens as prey to boost our community income and tax base, or slave labor for cutting our construction costs.

If we ever decided to give up our sick need to prey upon others, not only would our tax money be available for something else, but fewer innocent people would go to jail and prison. Because scrambling for prisoners is not just unseemly. It’s sick.