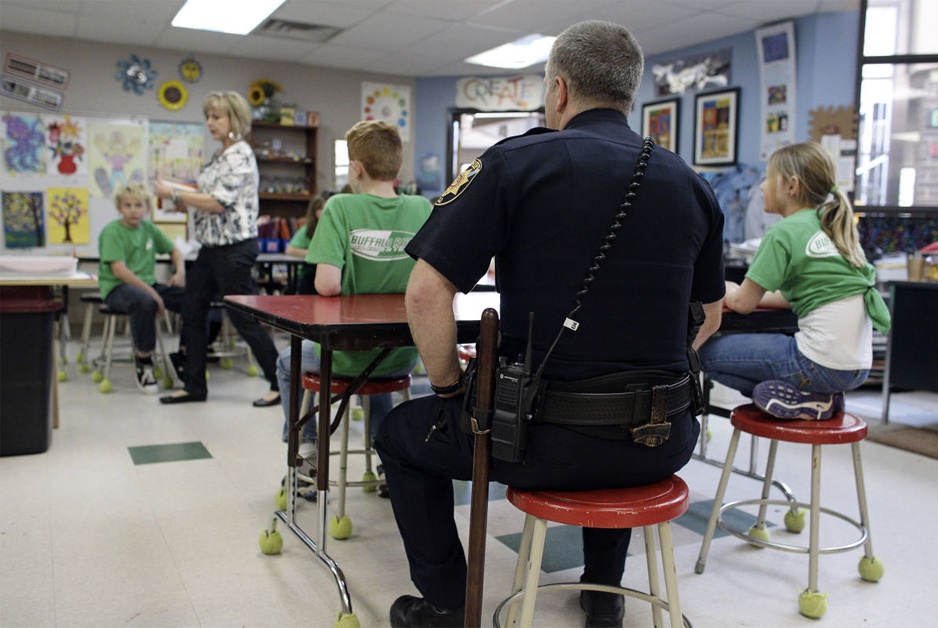 Quick Look: If It Saves Just One

On Tuesday, April 25, 2017, Senator Connie Leyva, a Democrat representing District 20, argued before the California Senate Public Safety Committee. Technically, I think they call it “testifying,” rather than arguing, in this context, but she offered no valid relevant or material facts. She was pushing her Senate Bill 26, which aims to do nothing, other than boost her reputation as a Social Justice Warrior, and make other people’s lives miserable, which is totally okay because after all, if it saves just one….

Hypocrisy can be a wonderful thing. No one can live a life—especially a life that includes any amount of thinking, rather than just the life most Americans live—that does not contain some amount of contradiction in it. I do it; you do it; because we all do it. If you had to stop before every thought, and every action, until you knew that what you were doing was consistent with what you’ve always done, what you say you believe, and with whatever underlying principles (also making sure they did not conflict, which they almost certainly do if you’re a human being), you’d never do anything; you’d never think anything.

We’d all be walking blue screens of death.

But people like Leyva take this to a new level. At least as regards Senate Bill 26.

To give you some background—because you didn’t really abandon me to go off and read SB-26 first, did you?—Senate Bill 26 aims to tighten up restrictions on sex offenders being allowed on school grounds. According to Senator Leyva, the Lady Who Doth Protest Too Much, we need SB-26:

To ensure that no child is ever left on campus with a registered sex offender on a K-through-12 campus.

For purposes of this blog article, further details are not really important, except to note that while specified crimes—Senator Leyva mentions more than once that some of these acts are “lavis-shush” acts—were listed in the proposed legislation, other aspects of the sex offender registration were deemed irrelevant.

To give a couple examples, one thing that isn’t considered is how long ago the crime occurred. I think Senator Wiener raised the point that it could be two 17-year-old gay males, convicted and forced to register for life, never afterward being allowed to attend a school play. [1]And, as he points out, it’s gay males because straight males wouldn’t likely to be charged for statutory rape, but gay males would be. Their interaction isn’t age-inappropriate: they’re both 17. The only reason they’re attracted to children is because they’re children. Thirty, or forty, years later—because in California sex registration currently is for life—they want to attend a god-child’s school play.

Not happening. Not under proposed SB-26.

As of this writing, SB-26 is being held in committee under submission. [2]You can check status here. From what I understand, that means the bill is essentially dead until at least next year. Hopefully, it’s just dead. Period.

Because this is a piece of potential legislation which, if enacted, actually does more harm than good.

In 2011, I wrote a different blog post that also used the title, “If It Saves Just One.” (Hey, you try to keep coming up with original titles after you’ve written a couple thousand blog posts, especially when they’re saying very similar things. [3]Not all those posts have been written on this blog—I’ve only been an attorney a little over 10 years, but I’ve been blogging on numerous blogs a lot longer than that. And this blog now has over 460 posts.)

Every day we are asked to empathize with the victims of crime. These are identified as “our children” or “our daughters,” “our sons,” “our sisters,” “our brothers,” “our mothers,” “our fathers.” Our laws become increasingly harsh and we say, “If it saves just one” it is worth it.

The twist at the end of that post was this statement:

If it saves just one innocent person from losing his life, to prison, it will be worth it.

Go ahead. Wander off and read that post (because it’s really worth it to do so, as opposed to reading the text of SB-26). Then hit your back button, and finish this post.

So, today, I’m listening to the testimony that I linked in the first paragraph. Janice Bellucci, once an aerospace lawyer, now a civil rights lawyer, and also the Executive Director of the Alliance for Constitutional Sex Offense Laws, notes:

According to the U.S. Department of Justice, in the year 2013, the last year that this information has been made available, there were over 35,000 assaults of children. And we’re talking about children ages 6 through 17.

Almost all of those assaults were one minor assaulting a different minor; we’re not talking about adults assaulting children on schools. So of that number, 155 of the 35,000 involved an adult. Of the sexual assaults. And then of the 155, nine—nationwide, there were nine sexual assaults of children on campuses. Nine. Nationwide. And that’s the year 2013.

This is the U.S. Department of Justice.

Of that number—nine—we don’t know if any of them were actually on the sex offender registry. [4]This is a transcription I made from the video.

So there you have it: nine out of 35,000 kids across the entire United States—incidentally, even if we were still a free nation like the 13 original colonies tried to form, that would be less than one child per colony, and today it’s approximately 0.0000000133%, or 9/75,000,000—what do you even call that? And how does Senator Leyva, brilliant mind that she is, justify the legislation she’s trying to foist on us, in the face of that number? By her own admission:

When you classify everyone as a threat, then no one is a threat. — Senator Wiener

These quotes not specified by another source are transcribed from the video linked at the top of this post. And here are more Senator Leyva quotes:

But I think for me this bill is about how seriously do we take sexual assault in society.

But even if we only save one child—I mean, we all know people who are sexual assault survivors; we all know how hard their life is and how many of them do not continue on to have a normal or happy life. We have to, in my opinion, take a stand on this.

I just want to make sure we’re not pooh-poohing sexual assault. Because not only is it a horrible traumatic thing for an adult, it is life-changing for a child. And not life-changing in a good way. We heard some statistics. And I think for me sometimes I—I don’t want to say I’m offended—but, you know, so there’s only nine children [5]She did “air quotes” when she said “only nine children” across the country. Because this number is so large, it should be mocked. across the country who have been sexually assaulted on campus. So, okay, only nine kids’ lives were ruined.

You really have to listen to her “closing argument” to get a real sense of the level of ignorance.

Now you know why we have so many exonerations, so many innocent people—particularly our highly-expendable black men, whose absence has no impact on families or communities—in prison, so many other lives destroyed. It’s because nearly one-billionth of our children are at-risk of sexual assault by someone who may, or may not, be on a sex offender registry, and we need to fix that.

You know who else thinks like this, Senator Leyva?

And, by the way, she’s a Democrat, and a Social Justice Warrior.

Not that that means anything.

But it does expose the hypocrisy.